We need to talk about extreme weather

Talking it out could make us less vulnerable. 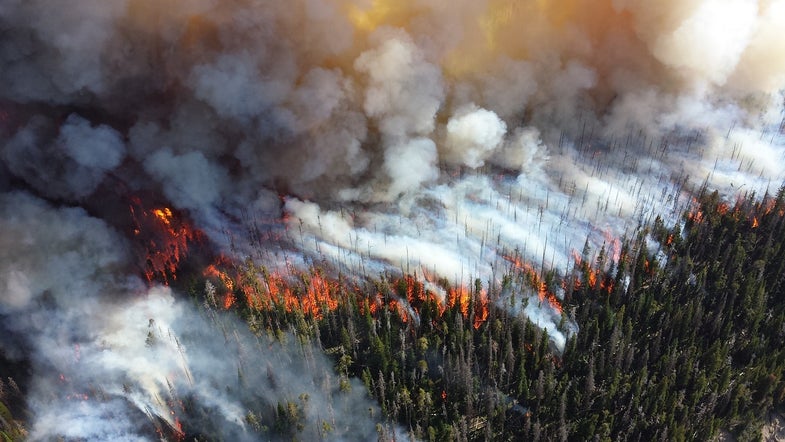 Wildfires are just getting bigger and badder. Pixabay
SHARE 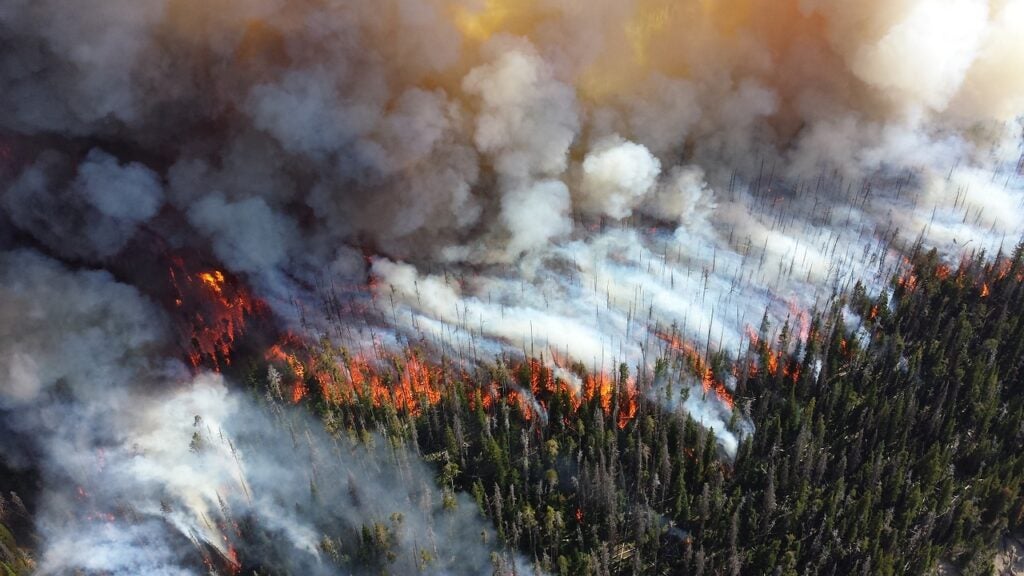 Wildfires are just getting bigger and badder.

We’ve seen natural disasters before, but this year reached new levels of extreme. California has seen its fair share of wildfires, but the Camp Fire burned 150,000 acres, a megafire among megafires. Florida is no stranger to hurricanes, but with its Category 4 winds, Hurricane Michael was the strongest to ever reach the state’s panhandle. And typhoons occur in the Pacific with the regularity of hurricanes in the Atlantic. But this year, Hong Kong officials issued a rare Signal 10 warning before Typhoon Mangkhut slammed into the city.

As natural disasters get even more extreme and even more common, we need to toss out the old ways of thinking about, talking about, and preparing for dangerous weather. This December, Scientists at the Society for Risk Analysis meeting in New Orleans made a case for writing a new playbook to deal with an increasingly uncertain world.

Wildfires in the United States are getting bigger, more abundant, and raging farther and wider.

Alison Cullen is an environmental policy and risk assessment expert at the University of Washington. With Harry Podschwit, a graduate student studying quantitative ecology and fire at UW, Cullen looked at satellite data to track fire simultaneity over 32 years. For the first 16 years, from 1984 to 1999, only two fires burned more than 50,000 acres in the southwest, defined as that enormous swath of arid land that comprises New Mexico, Arizona, a third of Texas, and the sliver of Oklahoma panhandle.

The next 15 years looked rather different. From 2000 through 2015, 34 fires of that size burned in the same region. Seeing more than one big fire raging at a time also became more common. At one point, five very large fires lit up the southwest in one month, Podschwit says. Before, you would rarely see more than one.

Weather patterns can also help experts pin down when a particular region is most vulnerable to simultaneous wildfires. For example, in the northern rockies, higher than normal temperatures were linked to higher chances of simultaneous large fires. For the great basin fuel moisture—that’s the dryness of brush and quick-burning plants—was tightly linked to these fire events in this region.

States and cities tend to share firefighting resources, be it manpower or water tankers or helicopters or other operational powers to help them stand down their fiery foe, says Cullen. So understanding regional conditions, like those Cullen and Podschwit identified in the southwest, is essential if people on the ground are to adopt regionally-appropriate fire prevention practices and prepare for the unavoidable.

With sea levels expected to rise worldwide, many coastal cities are trying to prepare for unprecedented flooding by the end of the century. But how do you figure out what practical steps to take, and how to get city residents onboard with the changes?

That’s what Tamsin Lyle, founder of the engineer firm Ebbwater Consulting, is working to figure out in her home city of Vancouver. She started by making hazard maps to figure out which areas of the city could expect to see more flooding, and how much.

Then, using the picturesque Kitsilano neighborhood as a model, she worked with city employees to figure out how much water inundation plumbing, roads, and other neighborhood infrastructure could handle. She met with other city employees to tell them about the flooding and survey their reactions. How much flooding people were willing to tolerate, Lyle asked, and which possible mitigation strategies they were OK with?

People were predictably more comfortable with parks and tennis courts flooding than their homes or schools. But Lyle says people’s flood tolerance was much lower than she expected. Several people—often residents of the neighborhood—walked out of her meetings because they were so uncomfortable with the hypothetical flood scenarios, she says. “It’s a super wicked problem.”

Figuring out what matters most to the people living in the neighborhood could give engineers a place to start. Take Kitsilano’s iconic seaside pool. Some people have swum in that pool every day in the summertime for their entire lives, Lyle says. Protecting the pool matters to them, even though it may seem counterintuitive to protect a pool from additional flooding.

How you engage with residents also matters. Pictures, testimonials, and storytelling goes a lot farther than hitting people with facts, Lyle says. People have to engage with the problem in order to help solve it, rather than just walking out.

Education can go a long way in protecting people from natural disasters like tsunamis. Meanwhile, taking other steps to protect city shorelines, like installing seawalls, could actually put more people at risk.

“Something I want to stress is we need to move away from exposed areas but we also can’t just abandon the people who are there,” says Tom Logan, a Ph.D. candidate in operations and industrial engineering at the University of Michigan. Logan is the lead author on a new study about mitigating tsunami risks, which was published in Nature Sustainability and presented at the risk analysis conference.

To look at the intersection of adaptive measures, like building sea walls, urban development, and human behavior, Logan zoomed in on Taro, Japan. The city has been hit by four tsunamis in the last 120 years. He built a model integrating land use change, human behavior, and tsunamis magnitude to look at how exposed the city would be with seawalls of various sizes. The sense of security these walls give residents can cause more people to settle in near the tsunami zone, putting them in harm’s way.

This was especially true when you factored in our human tendency to forget really traumatic events over time. As collective memory of the last tsunami fades, it influences ongoing and future vulnerability. Ironically, this means more frequent natural disasters can curtail our vulnerability because frequency keeps that memory fresh. But, Logan says, we shouldn’t underestimate “soft adaptations” like education when it comes to dealing with natural disasters.

Protecting ourselves from these kinds of events has to involve the factor pushing many natural disasters into the extreme: climate change. And taking action on climate change can only start once people engage with the issue in a meaningful way.

To figure out more effective ways to reach people about this planet-sized problem, Janet Yang, a communications professor at the State University of New York at Buffalo, looked at messages about climate change that resonated with people with different political leanings. In keeping with a trove of psychological research, she found we’re more likely to care about, and feel moved to take action on, threats that are psychologically closer to us.

She designed a series of surveys that first had viewers watch a short video, and then asked them a series of questions. The video either described a threat that people could relate to (no more coffee!) or one that felt abstract (a largely unknown tick borne disease) in either the United States or Indonesia.

What message resonated with viewers depended on their self-reported political affiliation pretty, found Yang. Conservatives tended to report the highest level of concern and policy support after watching a video about tick-borne illnesses in the United States, which the authors see as an extension of many conservatives’ sensitivity to novel ideas and psychological distance. Meanwhile, liberals were more responsive to climate-related messages, but reported being less motivated to act when shown videos about the close and immediate impacts of climate change, raising concerns over how feasible climate action really is. A follow up survey found liberals also responded better to articles framed around solutions to climate change rather than just listing the seemingly insurmountable problems.

Yang concludes that the key to talking about climate change is finding a message that resonates with a person’s particular worldview. Talking to someone left-leaning? Try to engage on solutions to climate change. Talking to someone more conservative? Avoid the polar bear on an iceberg example and go for something more immediately relevant to that person. We need to highlight the local examples of climate change’s impacts, and the tangible steps we can take to mitigate it. Otherwise, it’s too easy for people of all political stripes to tune out. And don’t let yourself off the hook—everyone needs to reevaluate what’s standing between them and climate action.

We are all in uncharted territory. That means we need to talk more about extreme weather—and how it’s evolving. Updating our playbook might just help us protect ourselves and the most vulnerable among us from future disasters.