The Month in Plagues: Nazi Mosquitoes, Agricultural Espionage, And More 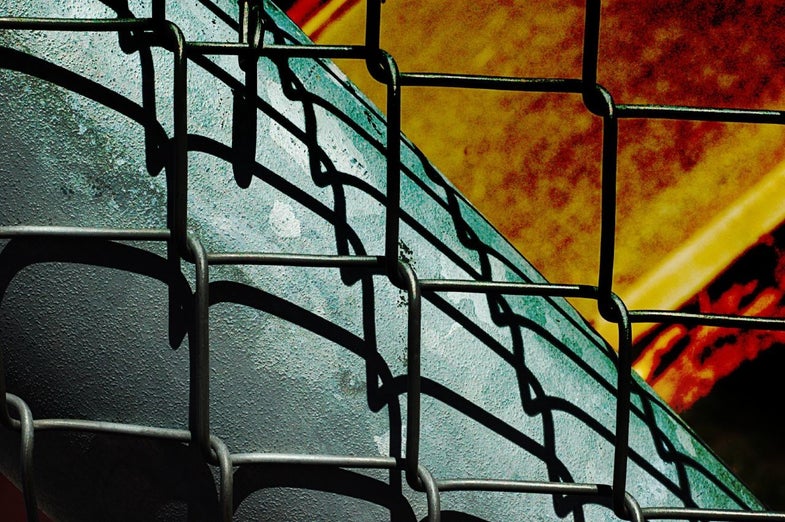 A crowd-funded vaccine for HIV called Immunity Project falls under scrutiny, according to Erika Check Hayden for Nature.

Mounting evidence suggests that the bacteria that cause whooping cough may be evolving in response to a vaccine against it, reports Francie Diep here at Popular Science.

Scientists have genetically engineered the first mouse model for Middle East respiratory syndrome (MERS), which they are using to test vaccines and drugs, reports Sara Reardon for Nature.

And Cassandra Willyard at The Last Word on Nothing contemplates the ethics of Jonas Salk, the inventor of the polio vaccine, testing his experimental vaccine on his children (in a follow up Twitter conversation with the author, I learned that Edward Jenner of smallpox vaccine fame also tested his work on his kids).

In outbreak news (both old and new)

The flu season is still going strong, and the most prevalent strain is H1N1, also known as the swine flu. Carl Franzen at The Verge reports on the deaths from the virus, which has been particularly hard on younger demographics (here’s my related post on the flu vaccine’s effectiveness).

Geoff Manaugh at Gizmodo asks: “Will Smallpox Reemerge in Siberia as Corpses Thaw From Climate Change?” Spoiler: probably not, but it’d make a good movie.

Medium has a piece by Aleszu Bajak describing how Latin American teams are controlling mosquitoes to stem a dengue epidemic.

Speaking of dengue fever, here’s a 60-Second Health podcast on the virus’s spread to the US, by Dina Fine Maron at Scientific American.

Chikungunya continues to advance through the Caribbean, reports Frances Robles at the New York Times.

A new illness that causes paralysis in children, similar to the symptoms of polio, has hit at least five kids in California. Here are relevant stories at both NPR and Scientific American.

Thomas Frieden, the CDC director, puts research on outbreaks into context by explaining the importance of global health security in the Atlantic.

Maryn McKenna has an update on H7N9 flu, and here is an explainer on the virus from The Conversation. Meanwhile, here’s a BBC story on yet another new bird flu virus called H10N8. What do all those Hs and Ns mean? Jason Tetro explains at Under the Microscope.

Meanwhile, NPR reports that new flu viruses may be coming from domestic animals, rather than wildlife.

And as for old outbreaks, Science Now has an interesting story on how roads and floods may have helped spread plague in China in the mid-nineteenth century, and another one on how the plague may have left a mark on the human genome.

In plant and agriculture news

More on the blight-less GMO potato, this time from BBC.

Another paper from French biologist Gilles-Eric Seralini is met with controversy, according to Kai Kupferschmidt at ScienceInsider. And Seralini’s home country is working towards banning GMO corn.

How do GMO-Free companies get their GMO-less ingredients? Dan Charles at NPR reports. (Interesting thing I learned here: not even GMO-free foods are truly GMO-free, as there are small tolerances allowed).

The new Farm Bill provides $512 million for research over the next five years. It’ll be interesting how that plays out for new agricultural technologies.

A joint American and Canadian organization is trying to limit fertilizer runoff from farms, which is infiltrating Lake Erie and causing dangerous algae blooms, according to the New York Times.

Andrew Revkin from the NYT Dot Earth blog has a video up from a recent conversation about GMOs among a chef, a plant geneticists, and two journalists.

And the NYT also has an intriguing story about agricultural espionage involving Chinese researchers trying to steal proprietary seeds from DuPont subsidiary Pioneer Hi-Bred in Iowa.

Research suggests that Nazi scientists may have planned to use malaria mosquitoes for biological warfare, according to stories by both Dan Vergano at National Geographic and the BBC.

Researchers are trying to manipulate mosquitos by changing the smell of the insect’s sperm, reports Sindya Bhanoo for The New York Times.

Reporters are going crazy for crazy ants, publishing many stories on this nasty invasive species.

Emily Anthes has a nice piece up at Nautilus that describes, among other things, a research project on robotic cockroaches dipped in pheromones that may help infiltrate real groups of cockroaches.

And this guy has been infecting himself with parasites… on purpose. Blurgh.