And they're finally saying something about it. 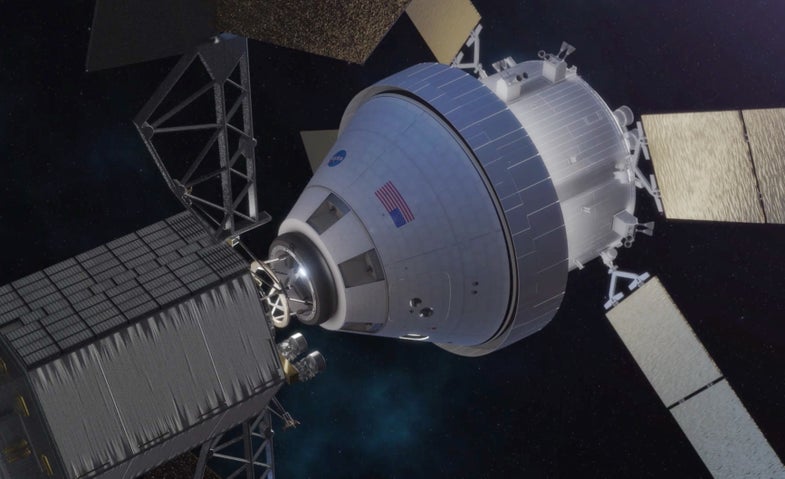 In the early 2020s, the space agency will send a robotic vehicle equipped with an enormous bag to capture a 10-meter-diameter piece of a near-Earth asteroid and tug it into lunar orbit. Then, astronauts will travel to the foreign boulder, where they will explore and retrieve rock samples to bring to Earth.

The problem is that practically everyone thinks this is a terrible idea, and some notable critics are now starting to voice their opinions about the project.

“I love the idea of humans going to asteroids, but the retrieval idea is a dead end,” Binzel, a planetary scientist who studies asteroids, tells Popular Science. “It’s a one-and-done stunt.”

Overall, ARM is touted as a way to advance NASA’s much more significant goal of going to Mars. The space agency says that the mission will help astronauts become more familiar with a deep space environment (which has more cosmic radiation), as well as demonstrate flight capabilities that the Mars mission will inevitably use–notably, advanced solar electric propulsion.

“It really is an exercise of giving astronauts something to do.”

Yet Binzel argues those reasons are, well, bogus. He says there’s really no strategic merit for ARM, since bringing a small asteroid closer to Earth will do very little to lay the foundation for a manned mission to the red planet.

Additionally, retrieving a small sample of an asteroid wouldn’t be exactly groundbreaking for science; 10-meter space objects pass between Earth and the Moon every week, and there are already tons of meteorite samples located in museums across the globe. Humankind has even retrieved samples of comet dust.

And to top things off, the entire ARM mission is set to cost billions of dollars.

“It really is an exercise of giving astronauts something to do that sounds cool and sounds important, but the scientific merit is not compelling,” Binzel says.

When reached for comment, NASA declined to make a statement on the presentations made at SBAG. They noted it would be “inappropriate” to say anything before NASA came out with their own official findings from the meeting.

In 2010, when President Barack Obama set the agenda for NASA, he challenged the agency to send astronauts to an asteroid and then to Mars. But a tight budget forced NASA to scale back the idea, and thus, ARM was born.

“Within the constraints the U.S. Congress put on NASA, this is the best use in the near term for getting humans into near-Earth orbit,” says Charles Miller, president of NexGen Space LLC and former senior advisor for commercial space at NASA. “They don’t have the money … so they get to fly to a point in space where there’s really nothing there.”

Both Miller and Binzel agree that in order to get to Mars, NASA is going to have to practice traveling to large objects in space. For Binzel, that means going to where the asteroids are found–not towing the goal post to Earth.

Miller, on the other hand, is of a different mindset, and it’s a growing sentiment among those in the scientific community: Return to the Moon first. NASA could mimic the design of a Moon mission to get to Mars or use Earth’s satellite as a jumping off point, making the million-mile trip somewhat shorter. And Miller says a Moon trip won’t necessarily break the bank.

“I led a NASA study that leveraged commercial launch and demonstrated we could return humans to the moon within NASA’s existing budget,” Miller says. “It would be a completely different strategy, using existing launch vehicles such as the Atlas V and Delta 4, but we could get to the moon in the next decade.”

Regardless of which route to Mars is best, practically every person we’ve spoken to with a vested interest in human spaceflight (and who works outside NASA’s walls) agrees that ARM has got to go. Even the National Research Council, the operating branch of the National Academy of Sciences, came out against ARM, saying it “failed to engender substantial enthusiasm either in the Congress or the scientific community.”

“This sense that this mission doesn’t cut the mustard is so widespread but so whispered about for fear of retribution that I felt it was important as a professor at a private university to speak what one sees as the honest truth,” Binzel says.