Riding Rocket to the Battlefield

The US Army’s most notable contribution to the early space age might be its Redstone missile. The result of German... 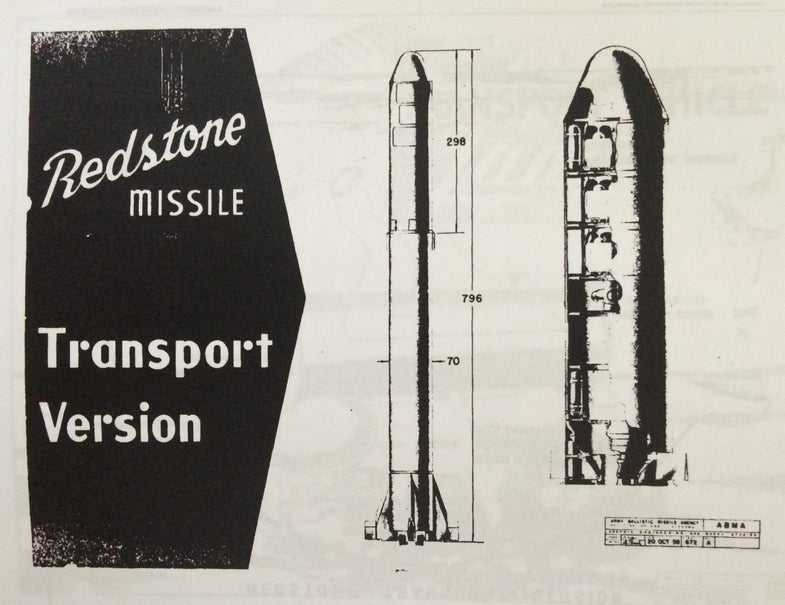 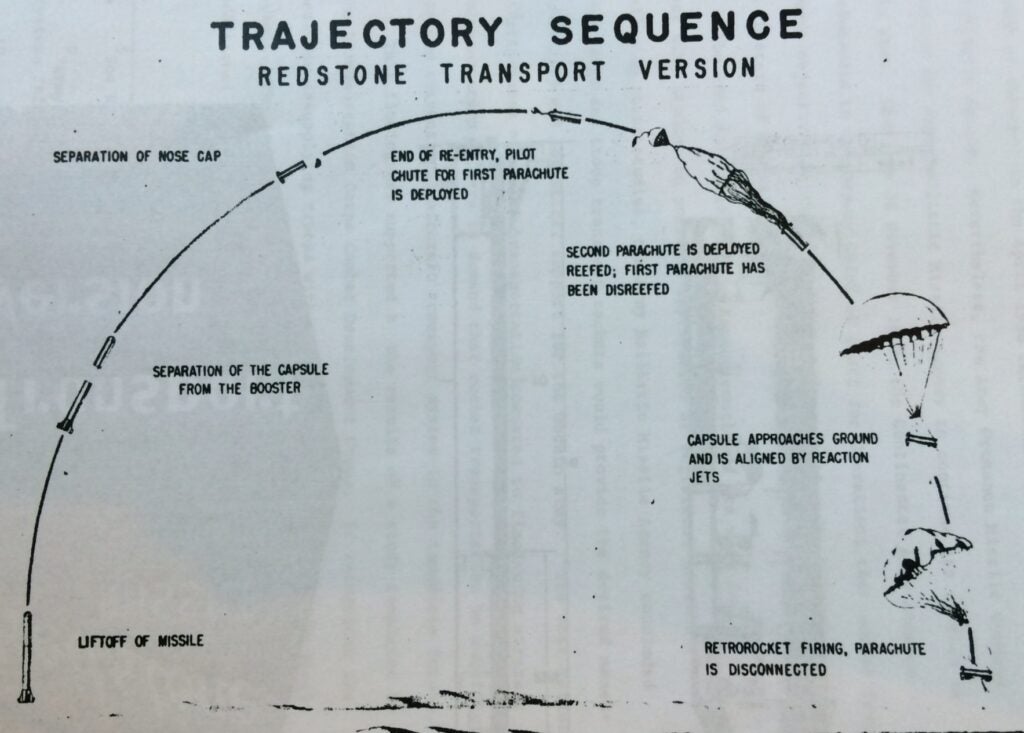 The US Army’s most notable contribution to the early space age might be its Redstone missile. The result of German engineers their V-2 missile in America, it was the rocket that launched Alan Shepard and Gus Grissom on their suborbital Mercury missions in 1961. But years before it launched astronauts, the men behind the Redstone at the Army Ballistic Missile Agency wanted to see it launch soldiers from the United States to a theatre of operations in a combat scenario. The idea was short-lived as the Army Missile Transport Program.

In the late 1950s, each branch of the American armed forces had at least one missile and one manned spaceflight program under development. After the Soviet Union launched Sputnik in October of 1957, each branch developed a manned spaceflight proposal based on its own systems to ARPA, the Advanced Research Projects Agency, in the hopes of being the first to launch an American into space.

The Army brought its manned spaceflight program proposal to ARPA in the summer of 1958. Called Project Adam to evoke the idea of the first man, the project predicted what NASA eventually did with the Mercury program: modify a missile nose cone to carry a man on a steep ballistic path. It wouldn’t be an orbital mission, but reaching the edge of space was a great first step. 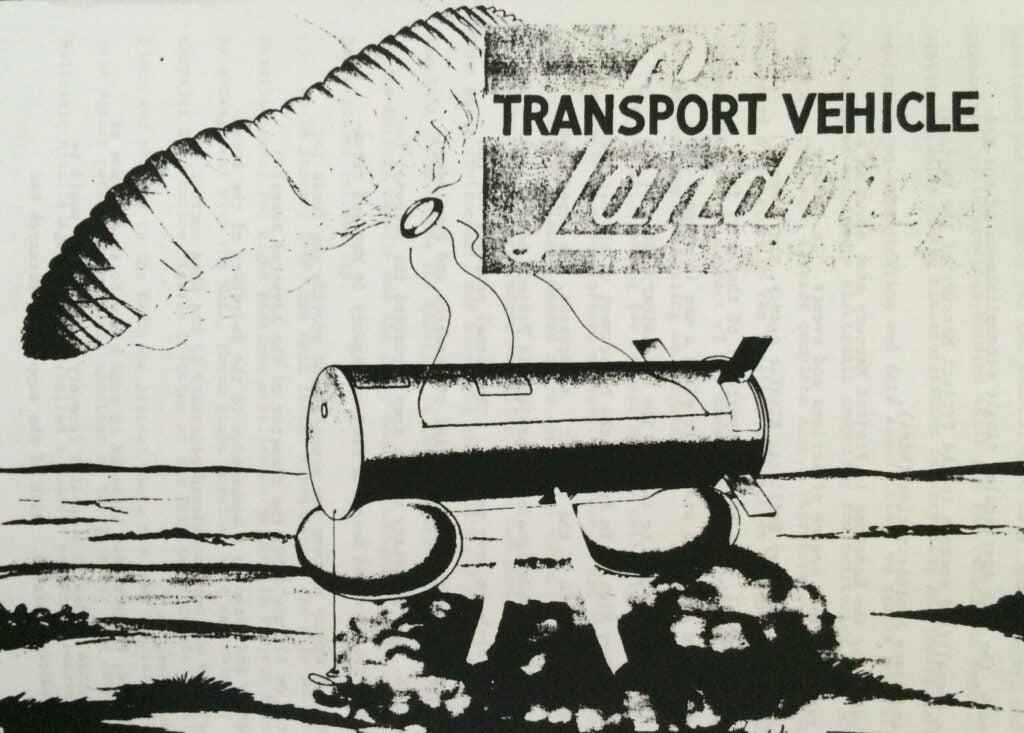 A single passenger would be launched on a Redstone from the Air Force’s launch site at Cape Canaveral to a peak altitude of about 150 miles. He would be safely ensconced in an ejectable, cylindrical compartment four feet wide by six feet long that would in turn be housed inside a modified nose cone similar to the one that launched on the Jupiter C rocket. The mission would end with the capsule splashing down in the Atlantic Ocean about 150 miles downrange from the launch site.

Project Adam didn’t stand out from the other military proposals. In fact, it was less ambitious than the other branches’ proposals; the Air Force’s Man in Space Soonest program and the Navy’s Manned Earth Reconnaissance programs both had men orbiting the Earth in simple capsules as their first missions. Nevertheless, the Army pushed for Adam’s approval arguing that there were spinoffs to the project that would change the way future wars were fought. Once man rated, the ABMA said, Redstones would be the first step toward America’s ability to transport troops by ballistic missile. The Army asked ARPA for $4.750 million in 1958 to research and develop the idea. 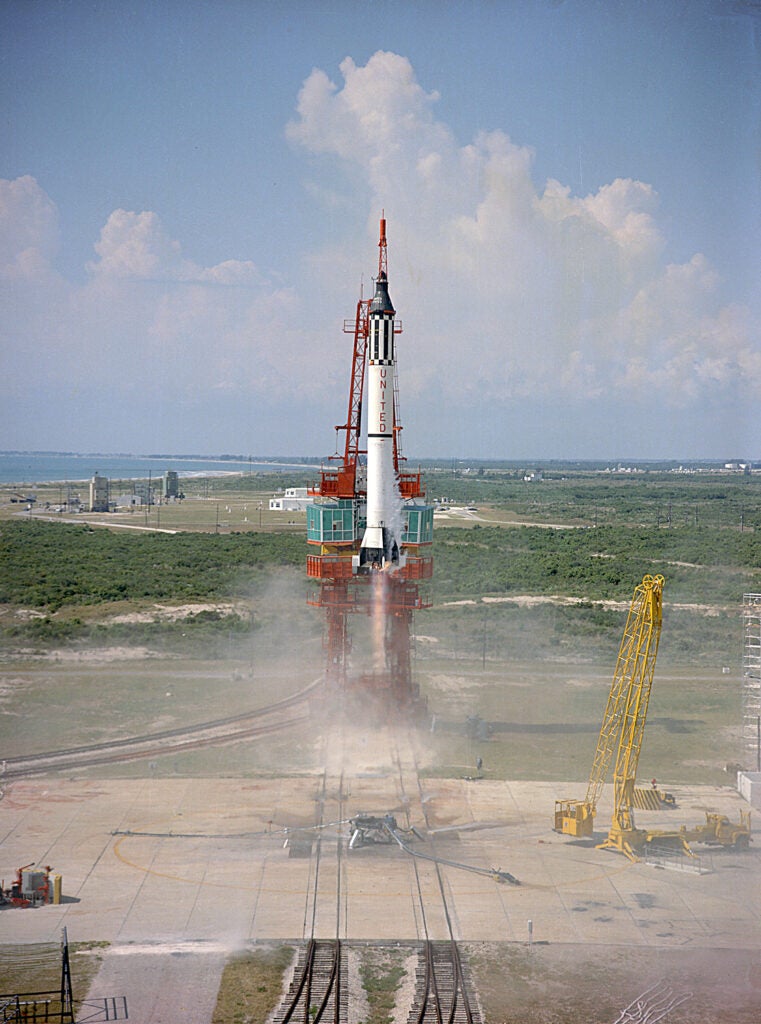 With some momentum behind the idea, the ABMA studied Redstones as a transportation system in depth for a year and determined that it was a perfectly viable idea. Redstones could transport troops overseas as well as resupply those troops with missiles, arms, and goods. Not only was this technically and financially feasible idea, it promised to provide the necessary maneuverability and logistical support that a modern army needed that it couldn’t get with traditional fixed wing aircraft. The ABMA group studying the idea recommended that “rocket transportation be substituted for the conventional aircraft transport system in the immediate future.”

The idea of using Redstones as transportation was short-lived; it failed to gain significant support and funding after the initial concept study. And the Army’s relationship with space changed after President Eisenhower established NASA, turning the service branch in to a supporting player of the Mercury Program. And as we know, Project Adam never flew.