Human Gut Has The Surface Area Of A Studio Apartment 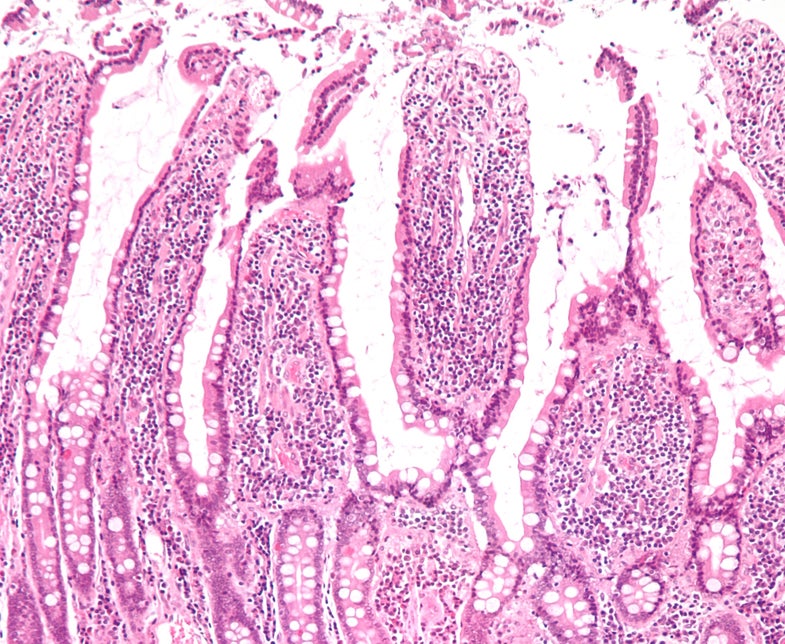 Textbooks (here are just a few) say the surface area of the human gut is about 300 square meters, or about the size of a tennis court. But who will fact-check the fact-makers, hmm? HMMMM? Never fear, two researchers recently revisited this question and came up with a correction.

“Actually, the inner surface of the gastro-intestinal tract is only as large as a normal studio apartment,” gastrointestinal surgery researcher Lars Fändriks said in a statement. Fändriks and a colleague, Herbert Helander, both from the University of Gothenberg in Sweden, found the average surface area of the human gut is actually about 32 square meters, a strange and remarkable discrepancy.

So how does a studio apartment fit inside your belly? You can imagine your gastrointestinal tract as a soft tube, folded up inside you. You’ve probably seen pictures. Even folded up, however, such a tube could never provide that much surface area by itself, even with the new, lower measurement.

Instead, much of the surface area of the gut comes from tiny structures on the inner surface of the gut. The inner surface is wrinkled, which helps increase surface area. Furthermore, it’s covered with weird, tentacle-like microscopic structures called villi. Then each villus itself is covered with tentacly microvilli. Villi and microvilli are evolutionary adaptations that help the body absorb nutrients. Scientists have long known about them. 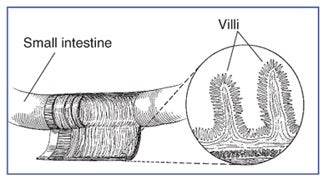 Fändriks and Helander took biopsies from healthy human volunteers (in perhaps one of the kindest contributions made to basic science) to examine these villi and microvilli. The researchers used light and electron microscopes to take images of the inner-gut structures. They calculated how the structures increased the simple surface area the researchers could calculate from the lengths and diameters of people’s intestines.

They laid out their conclusion in a paper published this month in the Scandinavian Journal of Gastroenterology. “The total area of the human adult gut mucosa is not in the order of tennis lawn,” they wrote, “but rather is that of half a badminton court.”