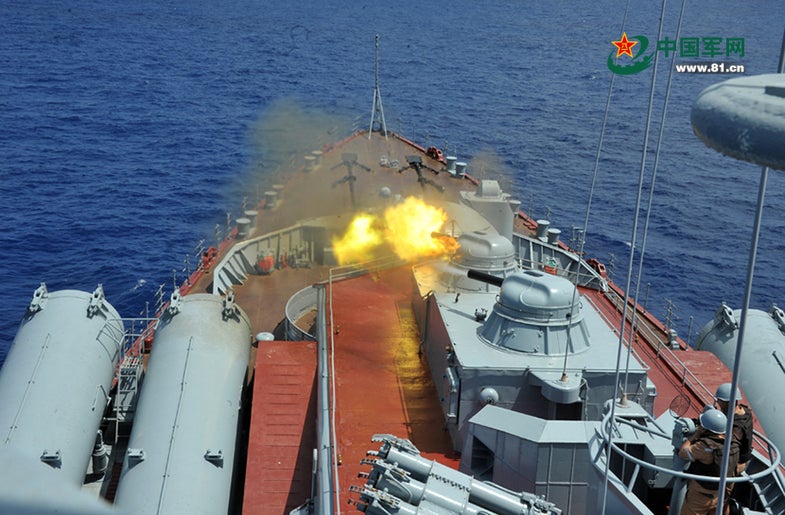 The Chinese and Russian navies held a set of naval exercises, Joint Sea Drill 2015, from May 11 to 21. The ten day exercises are the fourth Sino-Russian naval drills, this time taking place in Russia’s backyard, at the eastern Mediterranean, instead of the usual Pacific waters closer to China. The exercise took place between the coasts of Cyprus and Turkey. 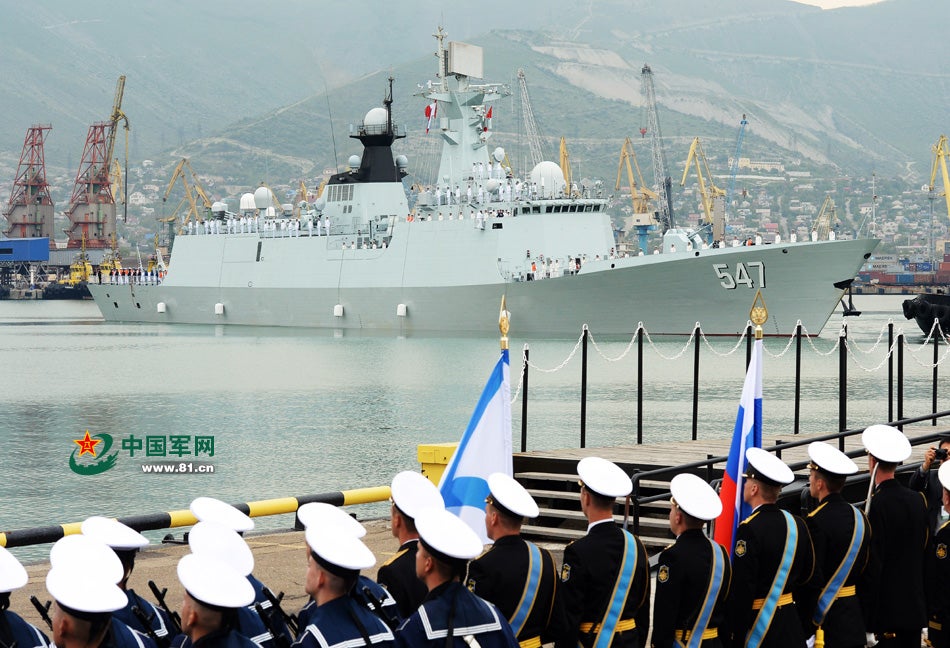 The Type 054A frigate Linyi sails into the port of Novorossiyisk for Joint Sea Drill 2015, and to mark the 70th anniversary of World War II’s end in Europe.

The Weihanhu, a Ropucha class landing ship and the Bora-class missile hovecraft Sarnum (in the background) cruise in formation. The amphibious component of Joint Sea Drill 2015 suggests an emphasis towards littoral operations.

The focus of Joint Sea Drill 2015 is focused on joint navigation, at sea resupply, escort mission and live fire exercises. The Weihanhu’s presence is notable because by refueling and resupplying Russian warships, it would lay the ground work for Russian ships in distant waters, such as the Horn of Africa, to be resupplied by their Chinese counterparts. The live fire exercises involved anti-air, anti-ship and anti-submarine warfare. More interestingly, Chinese and Russian marines conducted boarding exercises on hostile ships, presumably for anti-piracy and counter-proliferation missions. 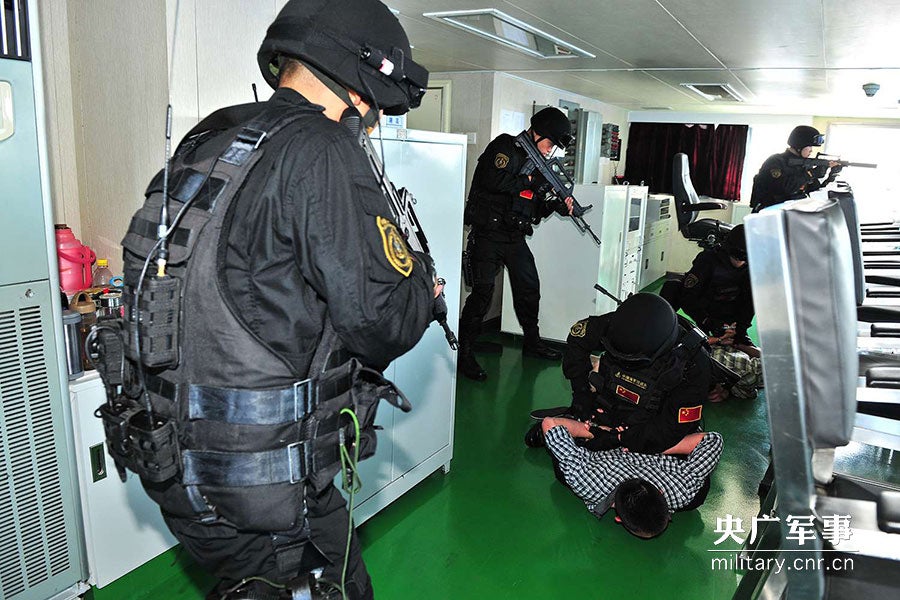 PLAN commandos board a ship in a demonstration of seizing a hostile ship for anti-piracy/counterproliferation purposes.

The Joint Sea Drills are part of a larger pattern of tightening cooperation between China and Russia. On land, the Peace Missions have seen the members of the Shanghai Cooperation Organization (China, Russia and other Central Asian states) conduct drills with frontline tanks, high-tech fighters, armed drones and thousands of soldiers. China and Russia have also recently signed over thirty agreements for mutual strategic goals in areas like cybersecurity, oil, natural gas pipelines and banking. As Sino-Russian aerospace joint ventures like jumbo jetliners and heavy cargo helicopters increase, Chinese naval technology like the Type 071 amphibious warfare landing platform dock could be future area of cooperation, for sections of Russian naval capacity that no longer have access to western systems. 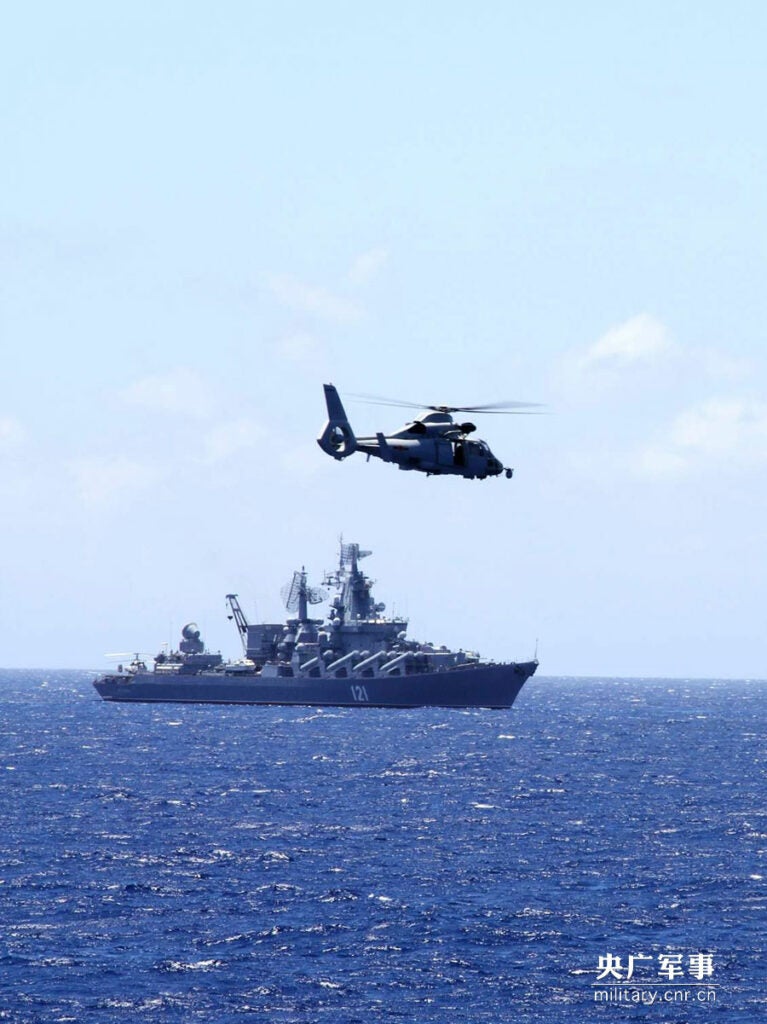 More specifically, this deepening in Sino-Russian naval cooperation serves both Beijing and Moscow in psychologically buttressing their respective positions in Eastern Europe and the South China Sea, both areas of heightened tensions recently.