Open worlds and evolving gameplay are cool and all, but on your schedule you need quick hits. 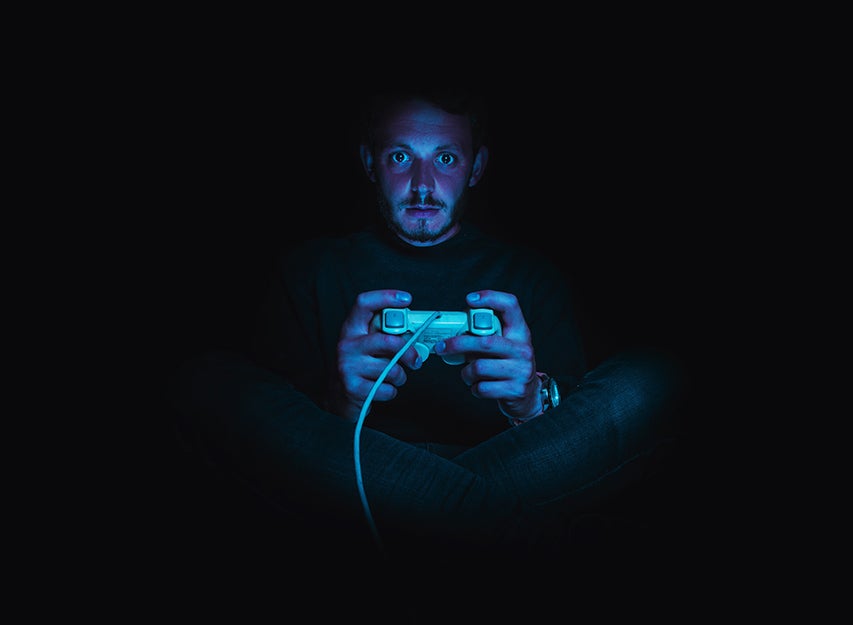 As people who were kids at the time of the Nintendo Entertainment System’s release age up, a new league of gamers emerges, one that—thanks to the recent arrival of offspring—is made up of people unable to devote time to playing except for late in the evening, when the little ones are (hopefully) asleep.

But the problem with being a so-called midnight dad is that you just don’t have the time to dedicate to some open-world “experience” or some massive online multi-player slaughterhouse that requires you to coordinate with your buddies at set times for hours on end. You need something to satiate your game lust quickly, in and out. Something you can play at the end of the long day to unwind and work those thumbs out. Here are some fast, easy games that scratch that itch.

You can’t beat a classic, right? Sure, Pac-Man isn’t exactly Call of Duty, but this iteration of the granddaddy of old school arcade games comes with enough varied gameplay and style (not to mention nostalgia-fueled classics Galaga and Dig Dug) to suck you in for a bit. They’re also not the kind of games you mind pausing or dropping out of midway if you hear wailing through the baby monitor.

A slightly more involved game, for sure, but God of War is structured in a way that it has natural checkpoints and drop-out spots that make it easy to save progress and return without having to worry about losing ground. Despite its great look and advanced feel, it has a more linear story and style of play than some open-world games—plus, the whole thing is about a man raising his son to be strong and capable and is it dusty in here all of a sudden?

Whatever we say here pretty much holds true for any sports games, from Madden to NBA Live, but for now let’s focus on the newest iteration of the NHL series. Sports games are inherently tightly structured around time and results. You can strap in, play one game that has a definitive ending, and call it a night. You’re not constantly chasing vague rewards or upgrades—those elements have become more and more a part of these games, for sure, especially with some of the modes in the NHL series like the causal outdoor pond games—and you can feel satisfied when the final buzzer sounds after one intense match.

What’s great about Star Wars Battlefront II is that it offers the usual online multiplayer blasting free-for-alls, but it also has cool customizable “arcade mode” games where you can set exact parameters and get all the excitement of virtual warfare without having to commit too much time or energy. The settings are fairly deep, too, allowing you to set number of opponents, time limits, set objectives, and choose worlds. You can easily adjust it all to suit how much or how little time you have to spare.

You really can’t ever, ever go wrong with Mario Kart. Ever. Not only is it insanely fun and easy to pick up and bang around casually without much mental or emotional effort, but it’s also the kind of game you don’t mind having around for when the kids are old enough to start joining you in your gaming. Rather than having to worry about them developing PTSD from accidentally walking in during one of your insane Rainbow Six excursions, you can let them join in the fun secure in the knowledge that they’ll only be developing PTSD from Luigi and his turtle shells.