Maybe we should all be using Facebook Messenger Kids 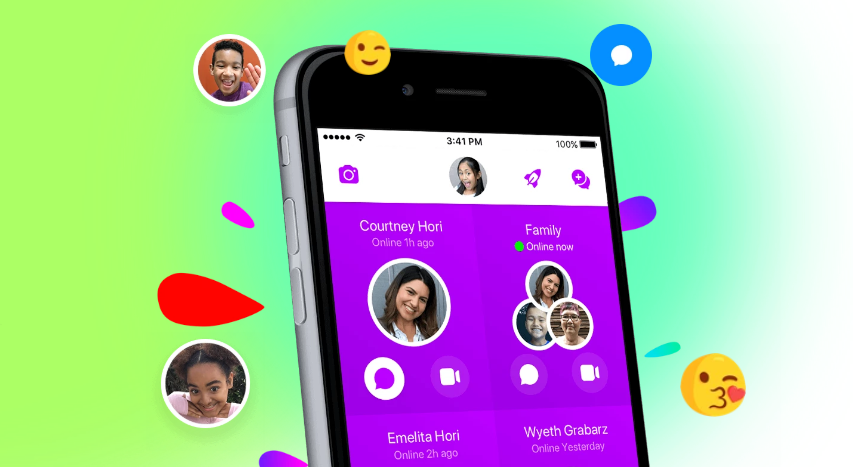 In 2017, Facebook rolled out a special kids-only messaging app in the United States. The neon-washed, parent-controlled version of the standard app was met with some fanfare, and a lot of skepticism. The tech behemoth positioned Messenger Kids as a way for parents to responsibly introduce their children to what will inevitably be a very digital life. Critics, however, say Facebook has really just built a colorful data collection apparatus, that gleans data on your children and “get[s] them started young.” But after a year on the market, it’s clear (to me, at least) that the app’s real victims are adults—because they don’t get to use it.

Visually, Messenger Kids is a Betty Crocker confetti cake. The app has the same logo as regular Messenger, but with a lime green color gradient of dots. When a user first opens it—something they can only do if they were born in 2005 or later, or make a fake account posing as someone 13 or younger—they’re met with a few magenta panels, each representing one of their parent-approved contacts. You can send text-based messages and video chat, just as you would in the regular app, except this video chat comes with a few dozen augmented reality options, so you can try on Santa’s beard or watch a UFO abduct a cow off the cornfield that is your mom’s head. It is, in a word, zany.

Structurally, Messenger Kids is much more serious. It’s promoted as an impenetrable, if virtual, fort. Parents are the only ones who can activate—and actively manage—the junior app. They must download, install, and create the account, which is permanently linked to their own Facebook. From a dashboard in the standard Messenger app, they continue to exert control long after their kids have taken over creatively. Every dinosaur-masked selfie can be monitored, any contact approved or blocked. Mom and pop can even lock their offspring’s app in “Sleep Mode,” effectively turning the lights out from a distance. Best of all, Messenger Kids is free of ads and in-app purchases: a rarity, even among made-for-children platforms.

While there’s real reason to be concerned about how kids access and use social media, most adults could stand to be a little more worried about themselves. For every minute saved by a Gmail smart compose AI, it feels like we lose an hour to another feature. Thanks to addictive design strategies modeled on decades of behavioral psychology research, the average American spends about 6 hours a day with digital media with side effects ranging from the physical (dry eyes from screen time) to the psychological (the hurt, however small, of being ignored for a phone).

Messenger Kids may very well be inculcating children into these very adult social media woes. But it could be a model for how we untangle these problems for grown-ups. In some ways, it already is.

Take sleep mode. Nighttime gadget use remains an intractable problem. Study after study has shown that blue light emanating from screens is enough to disrupt the body’s Circadian rhythms, pushing platforms like Reddit to debut “dark mode” and Apple to offer “night shift” yellow filters on computers. But these methods are untested, and though they may mitigate some of the most negative effects of mobile devices, they’re hardly a panacea.

It seems that few adults would take to a Messenger Kids-style shutdown—an unseen hand turning your device off simply because the clock switched over to, say, 8 p.m. But 2018 has seen that theory debunked: the new iOS and Android software debuted with screen time monitoring functions. Not only can you see how much time you spend on each app, you can grant yourself a maximum amount of time on each app. Passed the 15-minute threshold for Twitter? Too bad. (Unless you, an adult, login and change your own settings, of course.)

Other facets of the technicolor diamond that is Messenger Kids feel similarly desirable. So too are the scaled-down international versions of many well-known apps, most of which end up benefiting from their limited features. An ad-free experience? Sign me up. Aggressive safety tools? Yes please! A mandatory pledge “be kind, be respectful, be safe, [and] have fun”? Maybe not. But, hey, we could all use a reason to reflect on why, exactly, we’re on this messaging app—or social media at all.