10 classic motorcycles to drool over

A photographic tribute to old-school Hondas. 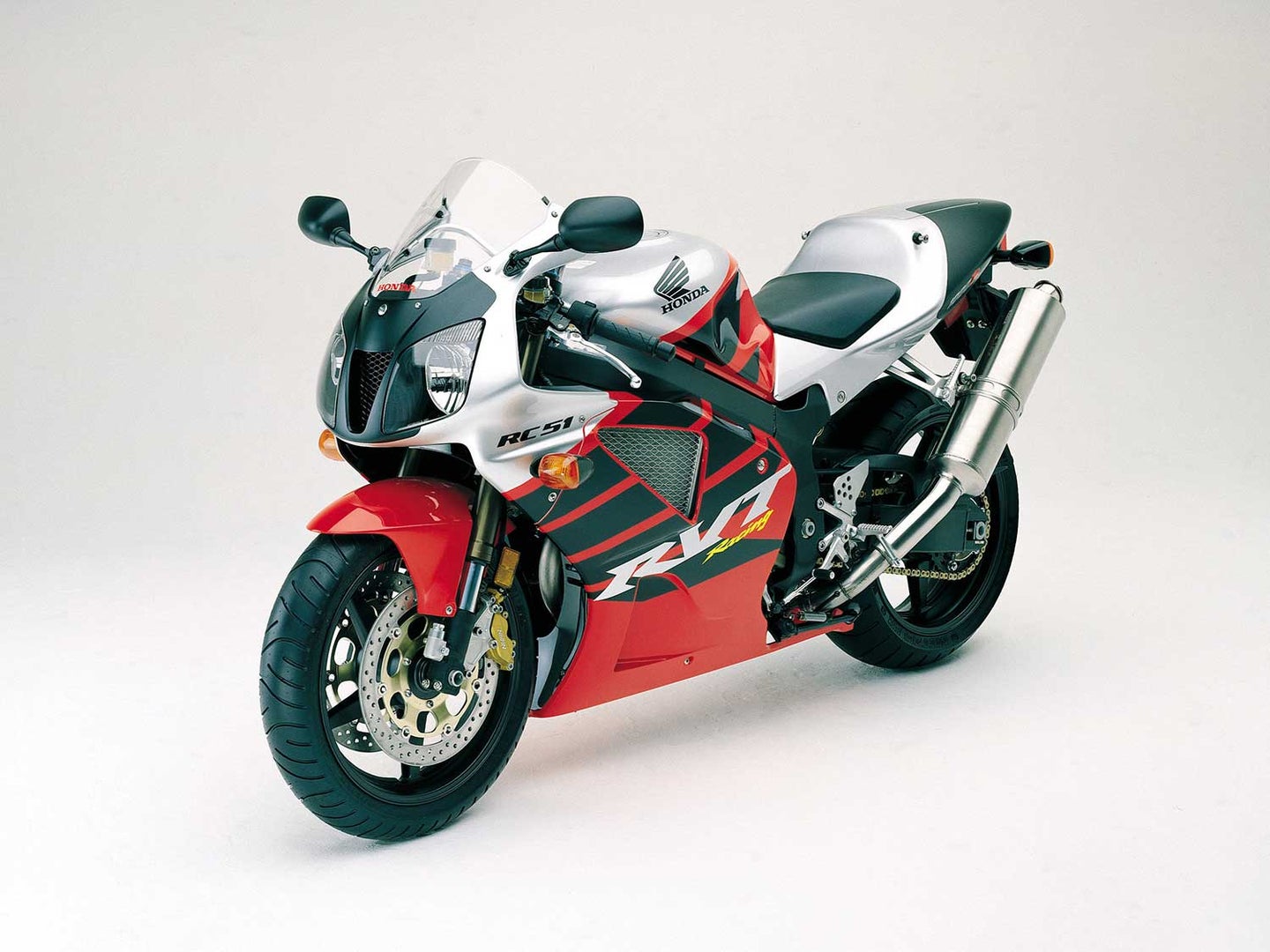 The following list is by no means comprehensive of the all-time great Honda motorcycles—and, in fact, excludes some of the most iconic, collectible motorcycles that Big Red has ever built. Rare or homologation-spec bikes like the NR750, RC30 or RC45, VFR400, NSR250R, etc., are not present here. Instead, this list comprises models that for the most part are readily available on the used market.

Some of the bikes included have persisted in Honda’s lineup for decades; others had short production runs that only served to increase their current desirability. The hard part: narrowing the list down to just 10.

If there’s one motorcycle that has been immune to the march of time, it’s the Honda Super Cub. In production (in various generations) since 1958, Honda has sold more than 100 million units of the little step-through. Which reportedly makes it the highest-selling motor vehicle in history.

When Honda reintroduced the Super Cub C125 ABS to the US market in 2019, it seemed like things came full circle. For decades, the Super Cub had been a workhouse in developing nations, where its utility and affordability made it ubiquitous—far removed from the spirit of leisure that it inspired in American riders in the 1960s. These days, its practicality is just as appealing to American riders looking for basic, easy transportation as is its reputation for “niceness.” You may meet the nicest people on a Honda, but you’ll also meet practical people on a Honda. Not that the two are mutually exclusive.

Back in the 1990s, 1,000cc twins versus 750cc fours seemed a fair fight on paper, but Japanese fours, including Honda’s built-to-win RC45 homologation special, were getting clobbered by a certain plucky Italian V-twin. The Japanese industrial machine outdone by a bunch of chain-smoking, long lunch-taking, summer holiday-going Italians? This was not to be borne. So to take advantage of a rule book that favored the Italian twin, Honda threw its hands in the air, went to the drawing board, and came up with the RC51.

When it hit showroom floors at the dawn of the new millennium with a price tag of $9,999, it put the RC moniker within reach of the (relative) masses and looked like a bargain next to the Italian competition—which it promptly started beating on racetracks around the world. For race fans, the RC51 will always be associated with its two most notable protagonists: Colin Edwards and Nicky Hayden. These days, it’s like riding racing history. The most coveted model is the SP2, particularly the 2004 Nicky Hayden replica variant.

Depending on who you’re talking to, the Gold Wing could be considered Honda’s flagship motorcycle. For a company whose heritage is firmly entrenched in racing, that’s a testament to the popularity of the Wing. Now in its sixth generation, the Gold Wing hardly resembles the original four-cylinder, fairing-less machine of 1974.

The Gold Wing practically created the heavyweight touring category and is still the benchmark for two-up, long-distance touring. Honda built a gajillion of the previous generation GL1800 Gold Wings (2001–2017), so if you’re looking for impressive touring performance for a song, chances are you can find one for the right price.

When it comes to Honda V-4 sportbikes, motorcyclists have long wondered “what if?”

The original Interceptor eventually gave way to the RC30 (VFR750R) homologation special and the more street-oriented VFR750F. Over time, the division has become even more pronounced (see: the MotoGP-derived $184,000 RC213V-S and the staid VFR1200X “adventure” bike).

By splicing the Interceptor family tree into two branches—the unattainable and the “plebeian”—and by focusing its sporting endeavors on its inline-four-powered CBRs, Honda denied consumers one of their greatest dreams: a mass-produced V-4 race-replica sportbike.

But I’m getting ahead of myself. Back to the VFR750F. In the ’90s, the VFR was one heck of a motorcycle: “plebeian” only in its price and availability. From ’90–‘97, the VFR showed up on Cycle World’s Ten Best list every single year. It’s not too much of a stretch to claim it’s one of the most universally acclaimed Hondas of all time thanks to its near-race-rep levels of performance and all-around usability. Honda’s reputation for refinement is no more exemplified than on the VFR, its liquid-smooth powerband a testament to the simple beauty of a cable-actuated throttle and a perfectly tuned carburetor.

Be that as it may, we can’t help but wonder, “What if the Interceptor had continued as Big Red’s sportbike platform?” And, can we please have a modern version of the RC36-2?

It’s no stretch to say the 1993 Honda CBR900RR was a big factor in starting the liter-class wars of the following decade. At the time, liter-class motorcycles were more GT bikes than track weapons—think Kawasaki ZX-11. So when the CBR came out in 1993, weighing 144 pounds less than the ZX-11 (yes, you read that correctly), we should have known everything was about to change.

Since then, the CBR has been a mainstay in Honda’s lineup even while other bikes, like the RC51, made racetrack headlines. Tadao Baba’s original Blade is still one of the most iconic sportbikes of all time.

Imagine if Honda unveiled a 647cc V-twin naked bike with a racy twin-spar aluminum frame and a trick single-sided swingarm designed by ELF at EICMA in 2021. It’d be the talk of the show. You’d want it. We’d all want it.

The thing is, Honda built this very thing from 1988–1990. The NT650, or Hawk GT, wasn’t a hot seller. But now it’s a cult classic. It’s greyhound-like litheness makes the SV650 look like a barrel-shaped labrador retriever.

The Hawk GT is kind of a greatest-hits album of motorcycling must-haves. It’s undeniably cool yet has a utilitarian vibe, it’s light and sporty, it’s practically bulletproof. There’s just something about it. Something universal. The Hawk is so appealing and affordable that some people own several at once.

Honda’s interpretation of the classic 500cc British single, the GB500 Tourist Trophy is another cult classic. Built from 1989–1990, the GB never sold well. First, it was a single, and Americans haven’t been too keen on singles since, well, somebody put two cylinders in a frame. Secondly, 30 years ago, classic café racer styling wasn’t as en vogue as it is today. So what we have here is an ahead-of-its time motorcycle based on an old-fashioned-style motorcycle that was never immensely popular with Americans in the first place. In other words, a marketer’s nightmare.

Anyway, the GB500′s air-cooled mill was derived from the 1983 XR500 dirt bike, and sported a single 42mm round-slide Keihin carburetor. It also had preload-adjustable Showa suspension, electric-start and a kickstarter, and a single disc brake up front. And it weighed less than 400 pounds fully fueled. What’s not to like, America?

It may not be a real-deal Velocette or BSA, but it is a classic in its own right. Then again, Honda didn’t build the GB thinking it ever would be, you’d imagine. It’s classic for the very fact that it _isn’t_ an old British single, but a motorcycle built in Japan in the ’80s by people who romanticized a glorious era before their own. In other words, it was an idea that didn’t catch on until decades later. Classic Honda.

Honda has long been synonymous with four-stroke V-4s, thanks in large part to the groundbreaking 1983 Honda Interceptor, one of the first production motorcycles, along with the 1985 Suzuki GSX-R750, to create the sportbike category as we know it. Americans, common thinking of the time went, only cared about straight-line performance. The Interceptor either proved otherwise, or gave us a reason to fall in love with corners. It wasn’t long before consumers went sportbike mad—ironic, considering Honda’s primary objective for the Interceptor was racetrack success.

For the 1983 season, the AMA decreased the displacement limit in the superbike class from 1,000cc to 750cc with the hope of remedying the sphincter-testing handling qualities of the era’s brute-ish superbikes. While the Interceptor won six straight races in ’83, Wayne Rainey won the championship aboard a Muzzy Kawasaki GPz750. Then Honda went on to win the next five championships.

The 1979 CBX seems to represent broader cultural tastes than it does the motorcycling world’s own development trends. Consider: the Interceptor’s debut was only four years away, and the “light means right” mantra not far behind it. The CBX wasn’t a sportbike per se. It wasn’t a Gold Wing either. It was just…cool. The way its 1,047cc engine dangles beneath the frame sans downtubes, giving an uninterrupted view of its six glorious chromed header pipes accentuates its six-iness. The CBX is a double-take bike because it almost looks wrong. So, so wrong.

The CBX was designed by Soichiro Irimajiri, who was responsible for the now-legendary six-cylinder RC165 and RC166 grand prix racers. You can almost hear the Honda marketing men saying, “And if a little magic happens to rub off from Hailwood’s machines, then so be it.” And that association is just about where the CBX’s racing credentials end. While Honda notoriously added cylinders to its racebikes in the ’60s in search of more revs and more horsepower, the CBX revved to a conservative 9,000 rpm and produced 105 hp. Wet weight was a burly 600 pounds.

The CBX persists in giving the impression that Honda built it just because it could. It didn’t impact the motorcycling world like the Gold Wing or Interceptor did, but here we are still talking about it. And mentioning the RC166 in the same breath.

The CB750 can be considered both a fitting end and a rapturous beginning. Taking into account all Honda’s success in grand prix racing with multicylinder machines and its reputation for mass-producing reliable, affordable small-displacement single- and twin-cylinder motorcycles, the CB750 seemed to be the culmination of Honda’s decades-long work. At the same time, it triggered the beginning of a new era in which Japanese four-cylinders became the prevalent performance-oriented motorcycle.

The CB750 changed the motorcycle world.

There are plenty of other models that could fit on this list, like the CB400 or the XR650L. What other models do you think could make the cut? Comment below.