The best entertainment innovations of 2018 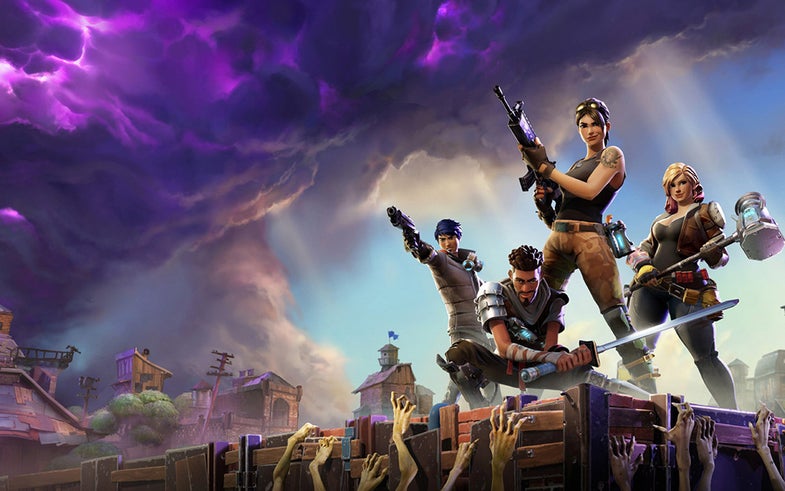 Grand Award Winner The game that broke down platform barriers
In August, 78.3 million people logged into Fortnite's cartoonish landscape—peppered with rideable golf carts and coveted treasure chests—to try and pummel friends or strangers in a last-player-standing battle royale. The game set the record for most concurrent players (8.3 million) and game-streaming eyeballs on Twitch (1.46 million). Those are in part thanks to the fact that the game is the first available to every tribe within the button-mashing clan: high-end PC gamers, console devotees, and mobile-phone tappers. To bring everyone together, developer Epic Games orchestrated massive in-game events, like a rift appearing in the sky or the arrival of a massive and mysterious cube, that help the game transcend whatever screen it's on. Epic Games
SHARE

All the gadgets on our Best of What’s New list are groundbreaking, but they can’t all be fun. The lineup of innovations in entertainment, however, boasts more good-time gear than Infinity War had super heroes. This year’s winners include a pro-grade HDTV, speakers that double as modern art, and an ill-fated movie subscription service that shifted the way people go to the theater. But the star of 2018 was gaming. This year, we witnessed a game shatter platform barriers and a cardboard controller kit transform into a steering wheel we could use to dominate the lap times of our little ones. 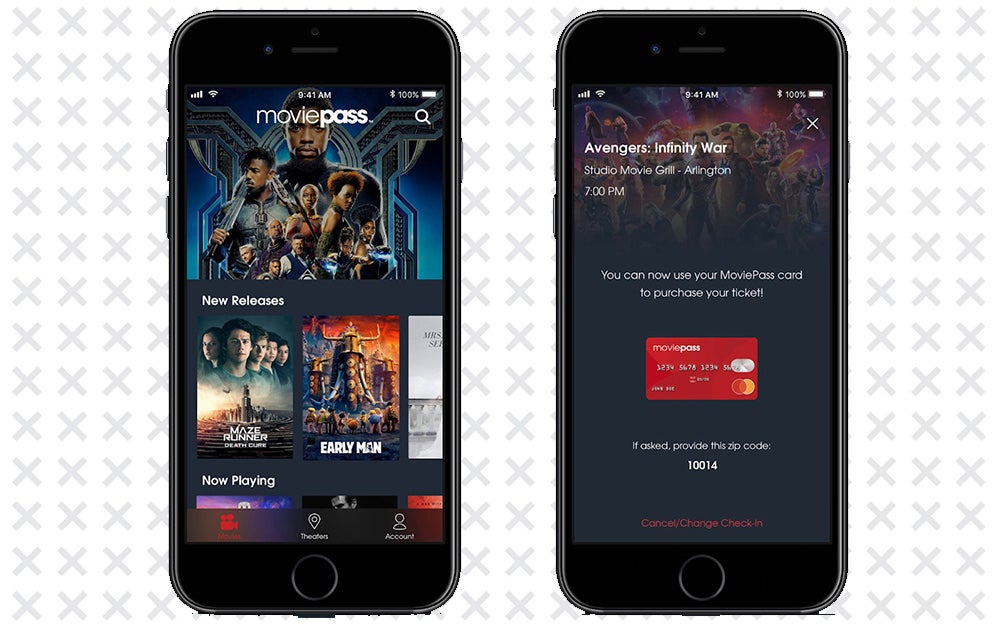 The death of MoviePass

The rise of movie subscriptions
By almost every account, MoviePass is a wreck. A slow-motion, venture-capital-funded catastrophe that promised users unlimited movies for $10 per month, then quickly started piling on caveats: limited film selections, no repeat viewings, one movie per week. MoviePass, a ghost of what it once was, is still barely hanging on, but, if nothing else, it proved the model for similar subscription services that popped up in its wake. In June, for instance, theater chain AMC launched Stubs A-List, through which moviegoers can see three flicks per week for a $20 monthly fee. 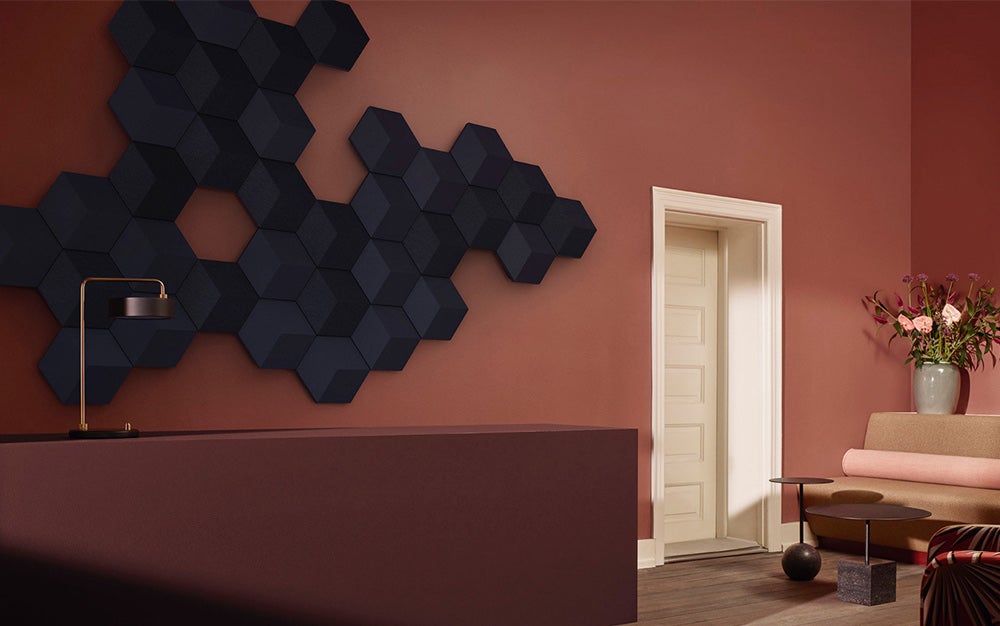 Speakers that shape sound to your room
B&O’s modular speakers are like sculptures that can pump “Piano Man” into your room. Each 14-inch tile in the custom wall installation hides a piece of a high-fidelity wireless audio system behind a fabric cover. There are speakers, amplifiers, and acoustic damper tiles. Systems can include up to 44 speakers and 11 amplifiers, which is enough sound to fill a living room the size of gymnasium. All the gear takes its commands from a hub that’s equipped with an auxiliary line-in and an ethernet port for streaming. 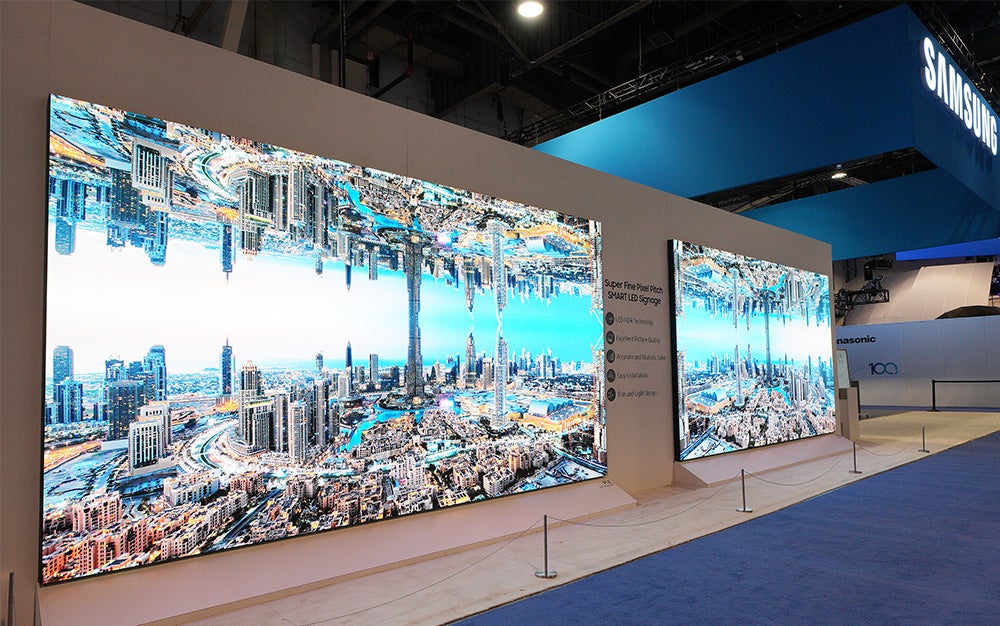 The Wall TV by Samsung

A truly modular display system
Typical flat-panel TVs are like big, rectangular quilts of pixels, locked into a consistent shape by manufacturing practices. Samsung built its Wall TV differently. The panels consist of clusters of individual MicroLEDs that tile together like puzzle pieces in whatever size and shape you want. An eight-foot TV in the shape of a Tetris piece? Your name spelled out in blocky text? You got it. The screens are rolling out to commercial customers like advertisers and retail stores, who want big, splashy displays. Since the sets will be out in the open, they’re resistant to water, dust, and impact.