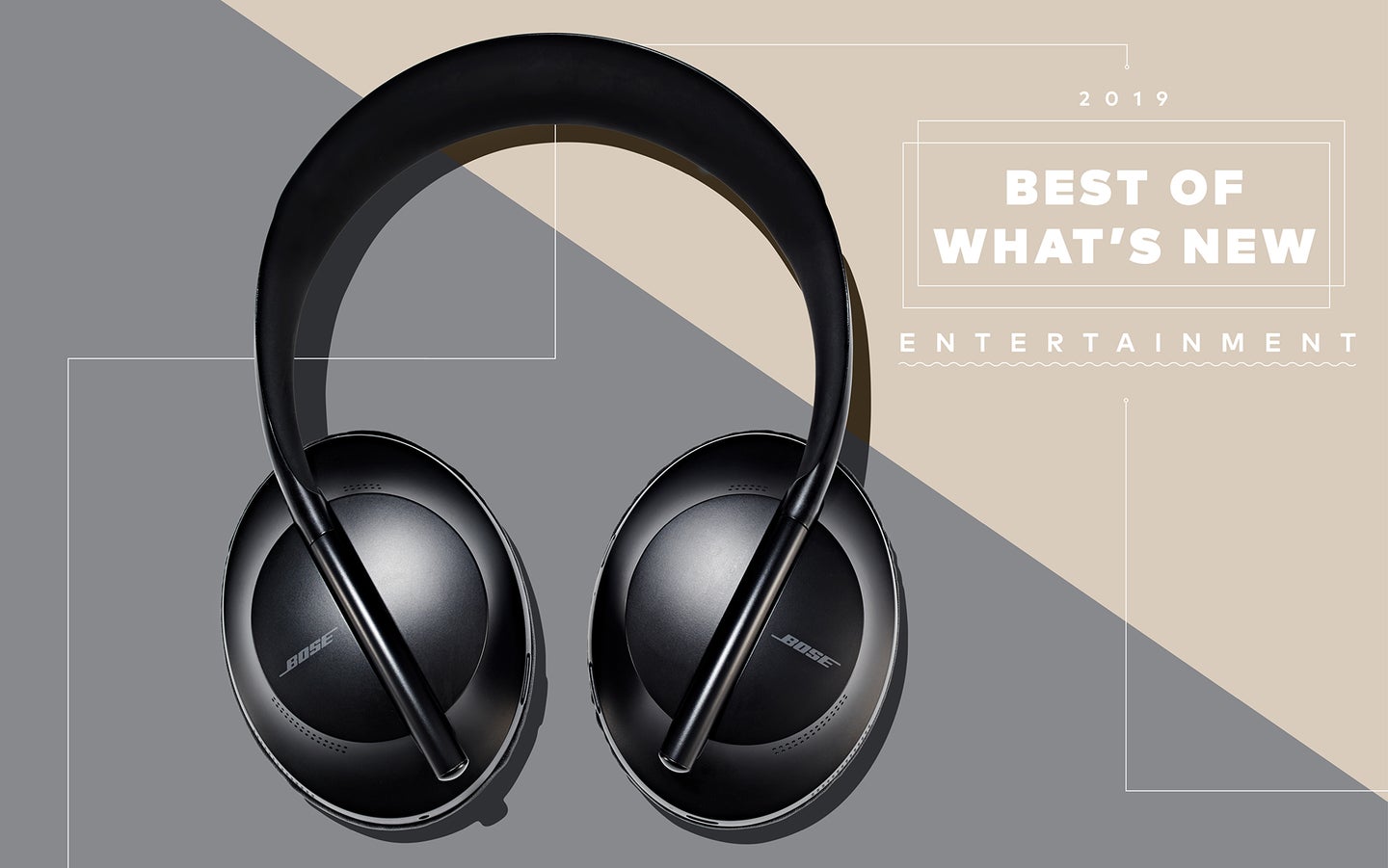 Movies, music, and video games are all about escape—pulling you out of your reality into something, or someplace, extraordinary. This year, technological leaps in everything from game streaming and filmmaking to guitar playing and binge-watching made it easier than ever to lose touch, however briefly, with the everyday. At the same time, creatives found new ways of keeping the rest of us enthralled. 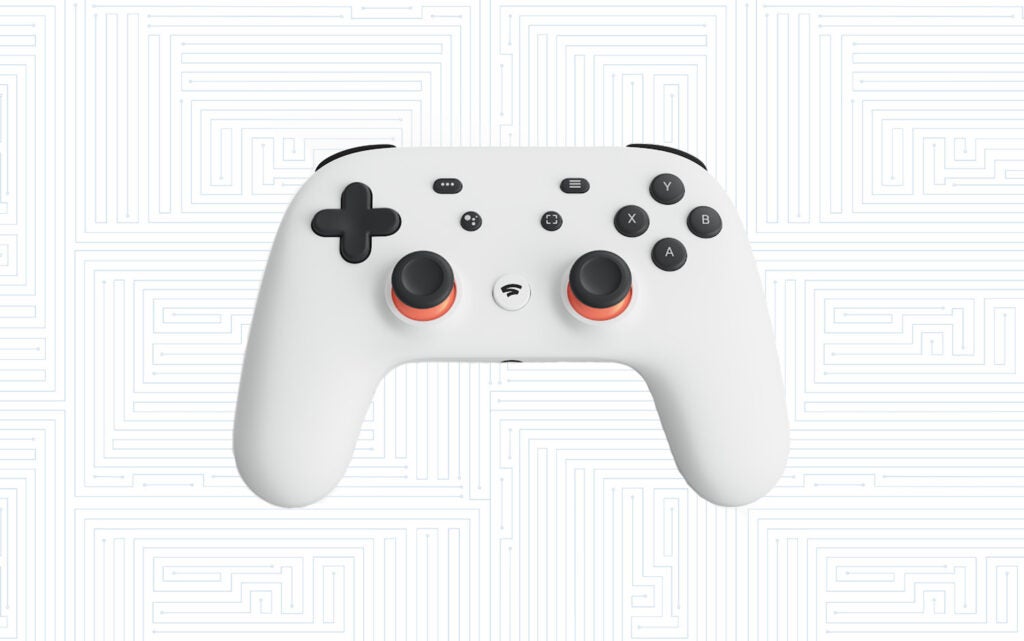 Numbers matter to gamers. Players want 4K resolution, whip-fast 60-frame-per-second refresh rates, and 5.1-channel sound. That kind of performance typically requires a PC or console with a hefty price tag. For $10 per month, Google’s Stadia game-streaming service shunts the computational heavy lifting to the company’s data centers. That lets players run top-tier titles like Borderlands 3 and Destiny 2 on browsers, smart TVs, and even smartphones. Stadia uses YouTube’s compression and transmission tech, so it needs only a 10 Mbps connection (no problem for most 4G networks) to render smooth kill screens and slam dunks, and 35 Mbps (well within most home broadband) to hit peak performance. Google even built a controller that connects to the cloud via Wi-Fi, a tweak that quells fun-fragging latency. Subscribers will enjoy access to 40 titles, with more on the way—including exclusives you won’t see anywhere else. 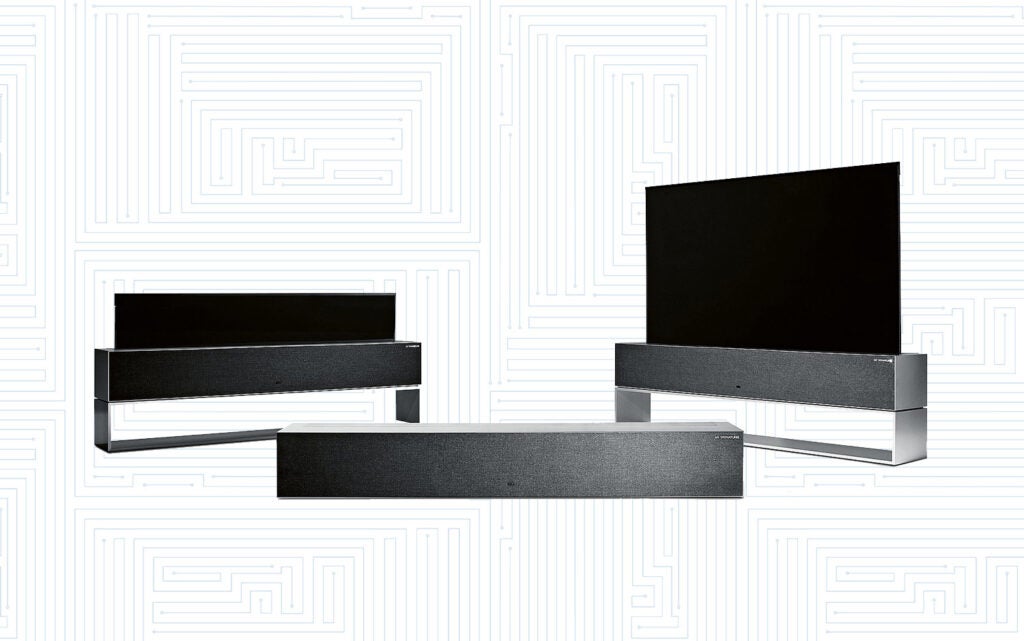 Folding smartphone screens struggled in 2019—ahem, Samsung Galaxy Fold—but the hideaway display enjoyed a breakout moment. Unfurled, LG’s R9 television looks like a typical high-end OLED set. Push a button, though, and the 65-inch monitor spools into the aluminum base. Sturdy slats support the flexible panel from behind, while a motor-driven arm quietly extends and retracts it. You can also leave it partially exposed to display quick-glance information—like song titles or smart-home controls. 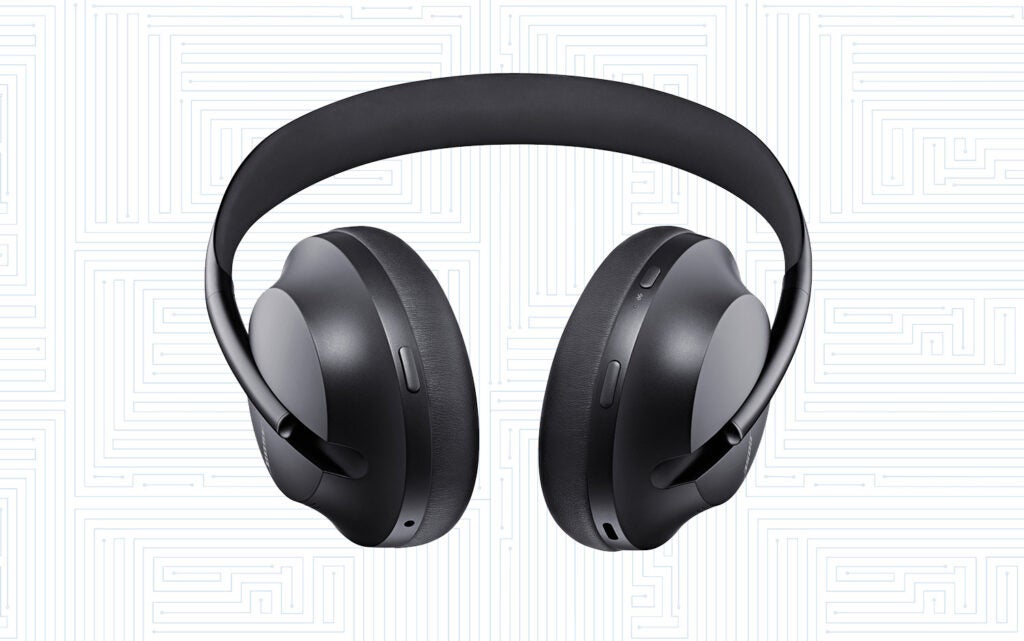 Kill the noise, not your calls.

Noise-canceling tech typically does an A-plus job muffling babbling co-workers or rumbling commuter trains, but it can cause collateral damage: The army of mics and processors murders call quality. Bose’s newest headphones balance your voice and the din of the room. Two outward-facing microphones on the earcups listen to the outside world, while another pair focuses on capturing your voice. Four more inside the cans monitor sound near your ears to keep everything in balance. The array creates the strongest noise-canceling headphones available and the clearest calls around. 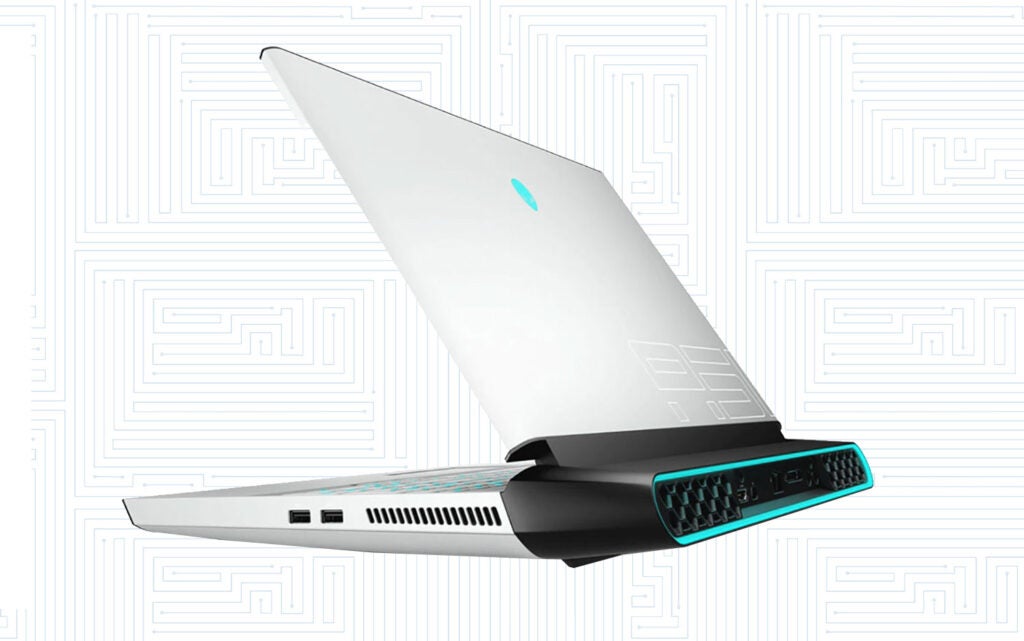 The snug confines of laptops make them notoriously hard to update, so playing the latest edition of Call of Duty can mean trashing your rig and starting over. Dell’s Alienware Area-51m gaming clamshell functions more like a tower than a notebook. Remove a handful of screws to free a panel on the bottom of the computer, and replace its desktop-grade central processing unit and graphics processors. The 8.5-pound laptop houses up to seven copper cooling pipes (depending on your configuration) and three high-power fans, the stoutest of which moves a tower-worthy 25 cubic feet of air per minute. 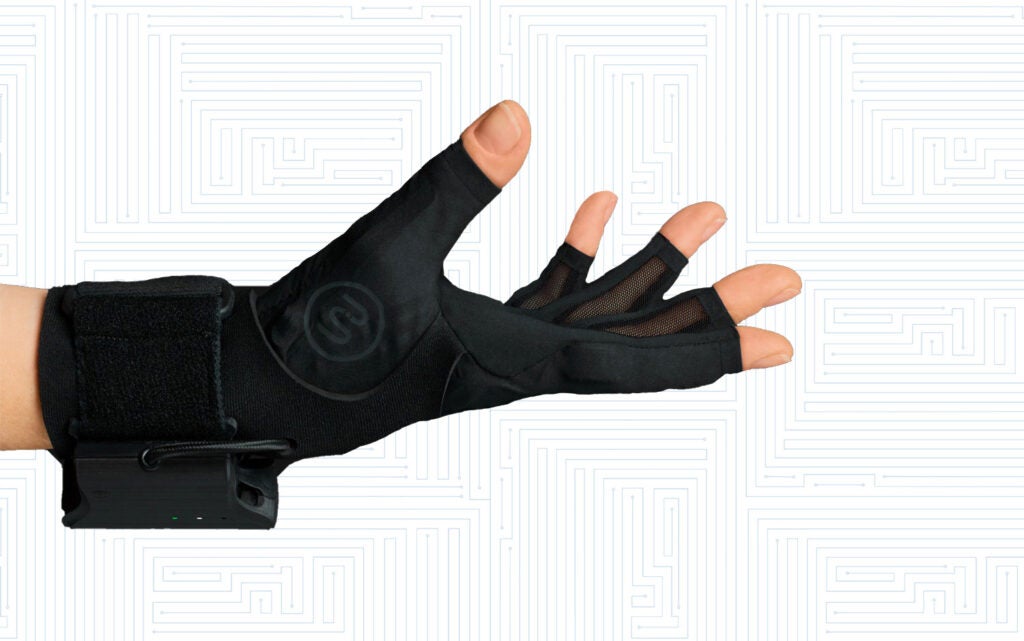 Make your hands an instrument.

Slip on a pair of Mi.Mu gloves, and you can create complex compositions just by waving your hands. The offbeat instrument, which began in the mind of musician Imogen Heap nearly a decade ago, finally became available for any performer this year. Inertial measurement units—essentially a mashup of gyros and accelerometers—track movement, while sensors in the fingers detect minute gestures. Movements create sound loops, produce pitches, and even play audio clips during live performances, and Glover, its custom software, integrates with professional production apps like Ableton. 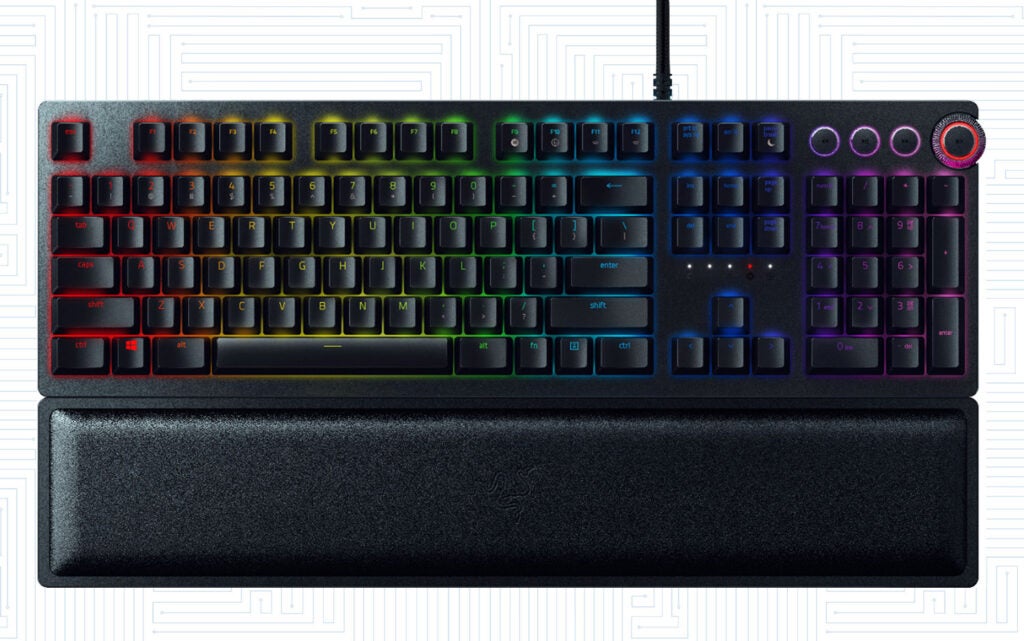 Mechanical keyboards provide the satisfying clicks and clacks many gamers crave, but the analog switches beneath each letter don’t register as speedily as their optical competitors. Those precious milliseconds can cost you an epic win. The Huntsman Elite slays the delay by adding an infrared laser to speedily register strokes. Pressing down just 1 millimeter interrupts the beam and grabs your input with 25 percent less movement than conventional clicky switches. Go ahead and make rapid-fire moves; it’ll keep up. 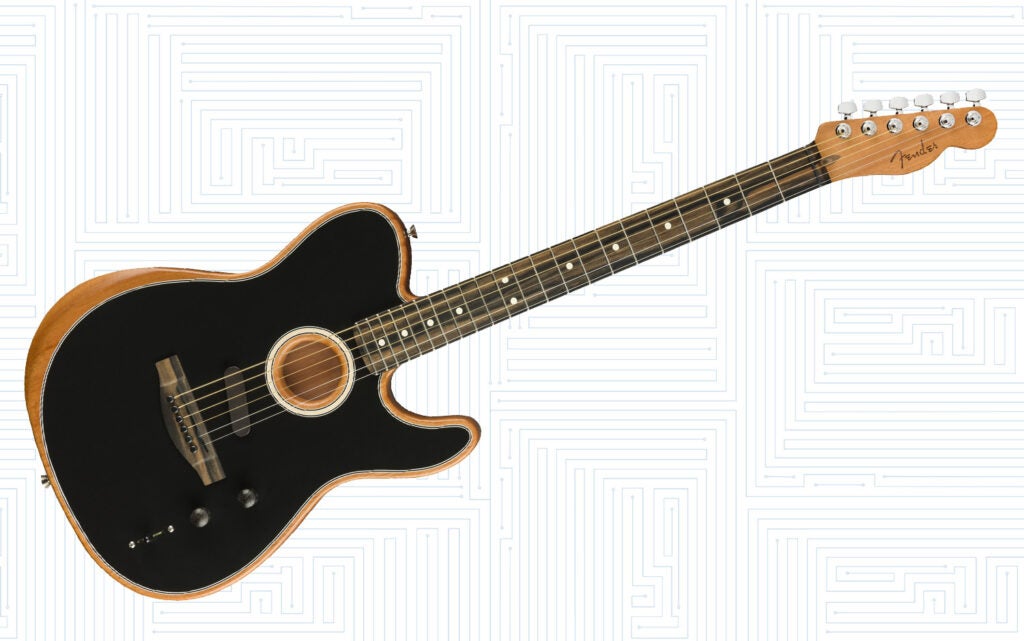 Eleven guitars in one.

Gigging musicians can swap all of their guitars for an Acoustasonic Telecaster. The spruce top and contoured lip of the sound hole give the acoustic-electric hybrid a rich, full sound when unplugged. Plug it in, and a trio of electronic pickups translate the strings’ vibrations into an audio signal you can tweak to sound like any of 10 preset voices—think ’60s power pop or twangy country—to best suit the set list. 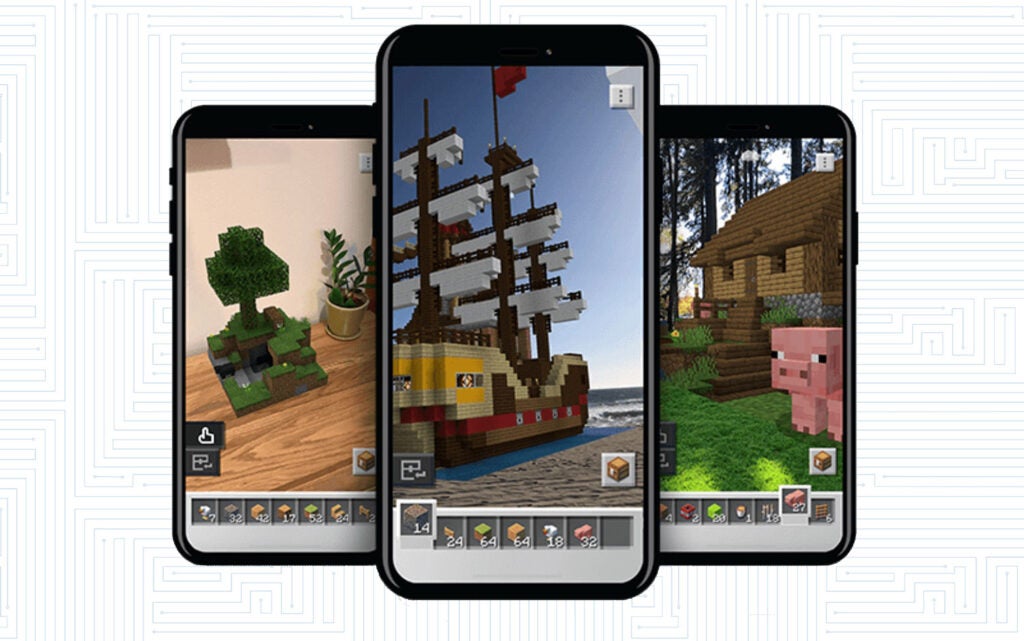 The world as an augmented-reality sandbox.

Microsoft’s Minecraft Earth brings the charming, blocky world of a decade-old game into meatspace (aka the real world). The augmented-reality app for iOS and Android allows players to build permanent game-world structures in real environments. Microsoft’s cloud platform, Azure, saves players’ creations and pins them to their physical location, so others will encounter them when they roll by. Visual touches like people occlusion—which makes it appear as though others walk around digital objects—make the scenes exactly the right mix of whimsical and immersive. 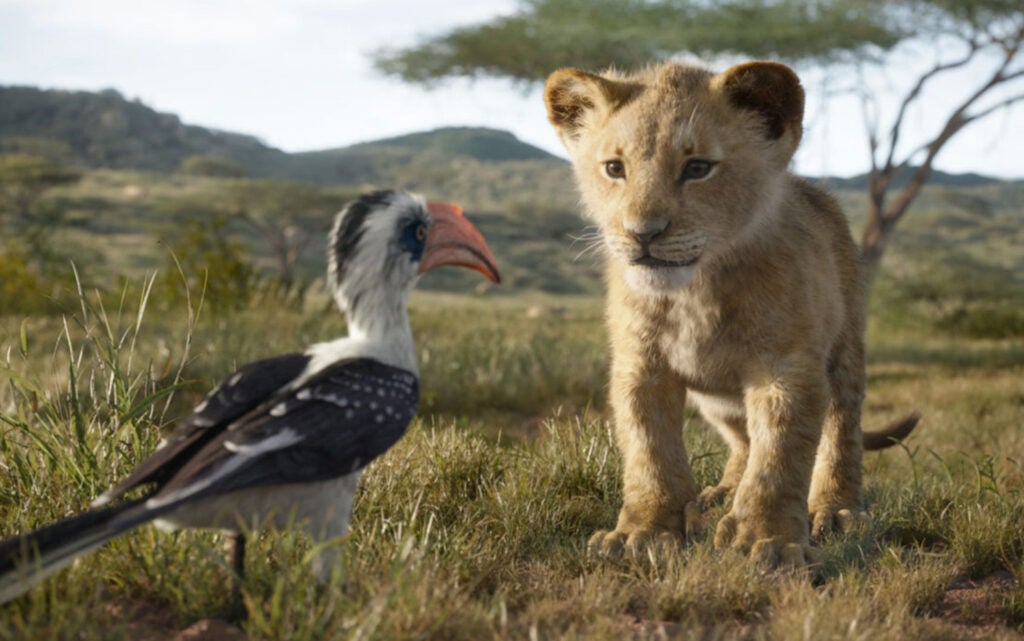 The Lion King by Disney

A movie that blurs the edge of reality.

Director Jon Favreau’s remake of Disney’s 1994 classic The Lion King is completely CGI yet feels like live action. That’s because the team used a first-of-its-kind virtual-reality shooting setup to plan the film’s iconic savanna scenes. Favreau and cinematographer Caleb Deschanel donned VR headsets to view the computer-generated landscape. The scheme, which could be adapted for future films, allowed them to adjust lighting, plan shots, and reposition cameras just as they would on a regular set—making every shot of Pride Rock feel epically cinematic.