This is what flying robots with cameras were built for 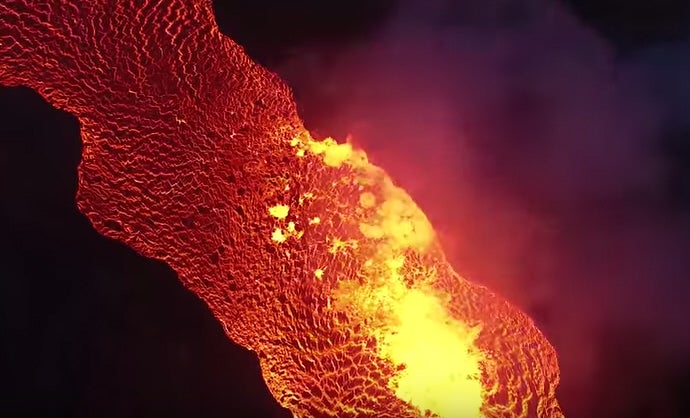 Lava is dangerous, but it’s so pretty to watch. This makes filming it an ideal job for flying robots. Using two DJI Inspire drones, American Eric Cheng filmed a flowing lava river in Iceland. The drone survived both the cold of the winter and the heat coming off the molten river. The drones flew over 150 feet above the river, and the views they captured are spectacular.

Or this one, with one of the drones clearly visible: