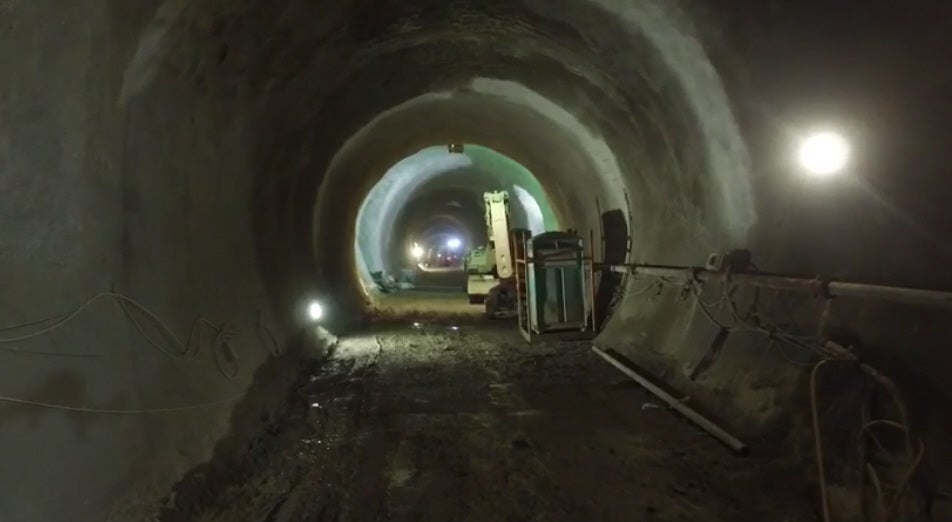 Removing pilots from flying machines opens up the earth to brand-new kinds of aerial exploration. One instance, captured beautifully by BBC cameraman John Bontoft, is aerial photography taken inside the tunnels that will house the underground portions of London’s new Crossrail project.

Set to open in 2018, Crossrail is 60 mile long rail network that will carry commuters and tourists into and around London. Of those 60 miles, 13 are underground tunnels, built into an already extensive network of trains that make up the London Underground. The pilot filmed the tunnels using a DJI Phantom 2 quadcopter with an attached GoPro camera. Watch a short video of the underground flight below:

Flying underground feels very science fictional. As I watched the extended drone video of the Crossrail project, I was continuously reminded of Descent, the cult series of video games from the mid-to-late 1990s where the player pilots a ship through mining shafts to defeat renegade industrial robots. There are no rogue machines on display in these English tunnels, but it matches that old game’s sense of flight and claustrophobia well. And if future industrial drones do decide to go rogue, it’s nice to know some of us might have the equipment and skills to fend them off.