So what do you think we should make the new intern do, Watson? 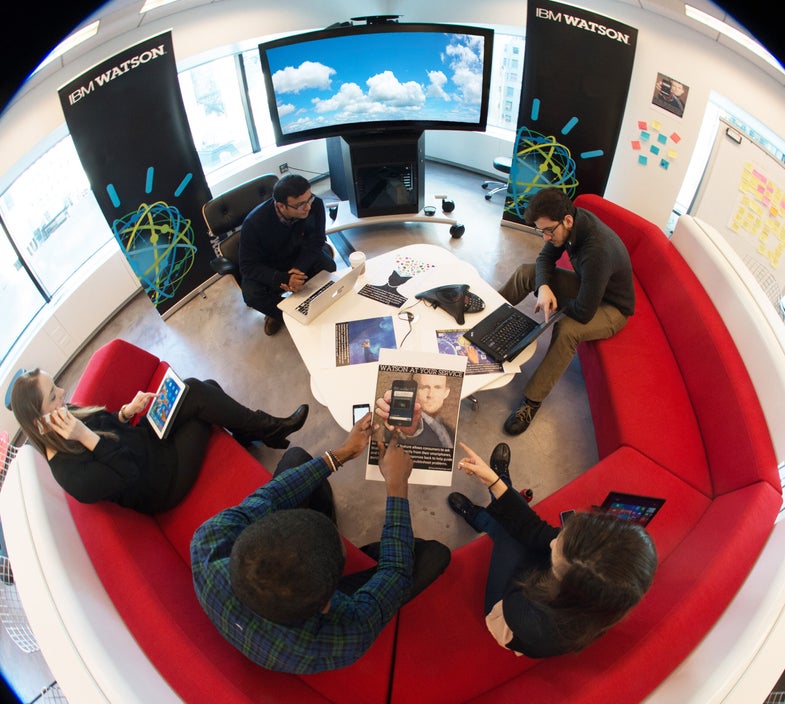 The folks at IBM are fine-tuning their Watson computer system to be able to offer solutions and suggestions at business meetings, MIT Technology Review reports. During a demonstration that a MIT Technology Review reporter watched, Meeting Watson learned about a company’s strategy by reading a memo and responded to complex requests such as, “Watson, show me companies between $15 million and $60 million in revenue relevant to that strategy.” The whole story is definitely worth a read.

Since Watson won Jeopardy in 2011, IBM researchers have put it to work on a wide variety of tasks. It has analyzed complex biomedical data, including genomic data and electronic health records. Researchers have also tried making Watson into a chef, chemist and a customer service agent.

What makes Watson so versatile? It learns from example, so it’s able to learn patterns such as the correct form for Jeopardy answers, or the usual therapies doctors choose from when treating patients with certain cancers. It also uses natural language processing, which helps it understand questions and information it hears or reads. (It’s worth noting that one Watson can’t do it all. There are many Watsons, and researchers usually teach each system one specific skill set.) Still, IBM has struggled to commercialize Watson’s abilities, as a few different outlets reported earlier this year. Real-life problems are more difficult to understand and solve than Jeopardy questions, as it turns out. Hopefully, with more development, Watson will soon find its niches.