Businessman Zong Yi bought a Tesla Model S. Then he bought 20 charging stations to help him get home from Beijing to Guangzhou. 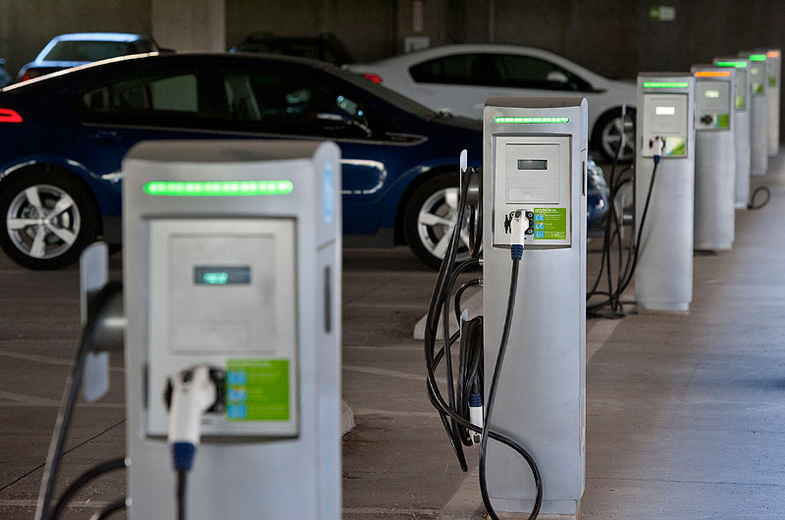 Well, this is one way to get things done. Businessman Zong Yi has set up China’s first between-city electric-car charging route, Caixin Online reports. The route winds from Beijing to Guangzhou, covers 3,570 miles, and includes 20 charging stations Zong paid for himself.

Zong, a resident of Guangzhou in the south, was inspired after he bought a Tesla Model S from a dealer in Beijing in the north. He soon realized there were no charging stations on his route home with his shiny new toy. So he called Tesla’s China operations to buy charging stations from them, then took to social media to recruit hotel owners to allow him to install the stations in their parking lots. (It is not clear if and how Zong got his Model S home before the route was ready.)

Zong’s dedication reminded us of the U.S. Tesla owner who undertook a 24-day, cross-country, all-electric road trip in April. “One of the reasons to do a journey like this is to point out the incredible importance of building out the fast-charging stations all over the United States,” Norman Hajjar told Popular Science at the time. Hajjar’s trip was only possible because Tesla had already built a series of its Supercharger stations that spanned the country. Even so, he spent five or six hours a day just charging his car. It seems folks who love their Teslas really love their Teslas.

Should governments and companies follow Zong’s lead? Perhaps not exactly. His route has some drawbacks. While the stations are able to charge non-Tesla electric cars, they are spaced too far apart for any other commercial model’s range. The stations also use older technology that requires about eight hours to fully juice a car, compared to the one-hour charging that the latest technology offers. American Norman Hajjar advocates for the installation of more expensive, but faster-working, stations.