How Google’s Mapathon May Have Compromised India’s National Security

A national security strategy that relies on classified maps might not be the best idea. 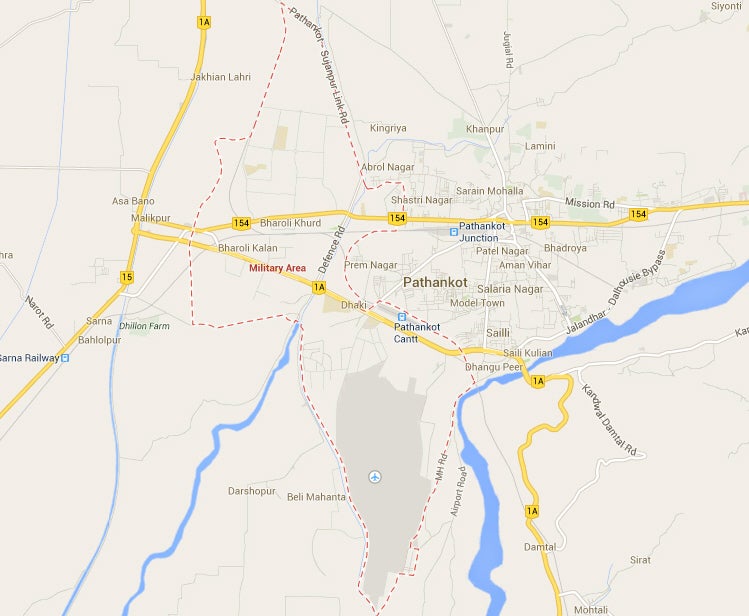 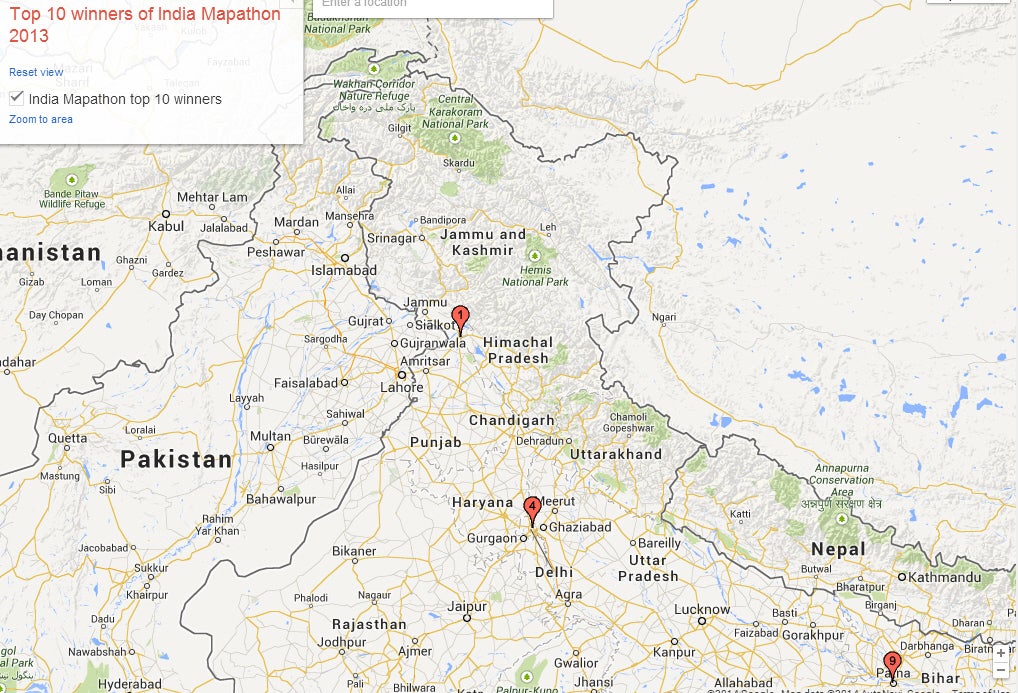 The number one is in Pathankot, which is very near the disputed territory of Kashmir.

India’s Central Bureau of Investigation is questioning an open-source map project sponsored by Google. Google’s possible crime: Revealing information about sensitive military installations. Relying on locals to document the area around them, Google’s contest may have documented what was known to locals but unavailable on previous maps of India.

India, like most countries engaged in a long and frustrating military stalemate over territory disputed by a nuclear-armed neighbor, wants to keep details about its own military installations out of the public eye. The government’s Survey of India is responsible for maps, and that responsibility includes making sure the Open Series Maps, designed for general consumption, don’t contain information from the classified Defense Series Maps.

Google’s 2013 India Mapathon project came with no such military purpose behind it. Instead, the internet giant provided mapping tools to contest entrants. Top prizes included Samsung Galaxy Note tablets and cash. Notable in the terms of the contest are the specific features Google wanted map makers to label:

The top ten winners of the contest are shown on the home page for Mapathon 2013. Vishal Saini, ranked number one in the contest, mapped the city of Pathankot, in the northern part of Punjab province. Pathankot is the last Indian city on the national highway to the contested state of Jammu and Kashmir, and has come under military attack before. During the 1965 Indo-Pakistan war, while the two countries fought over control of Kashmir, Pakistan bombed the Indian Air Force base in Pathankot and attempted to attack it with paratroopers.

Now, if you look up Pathankot on Google Maps, in addition to the city, there’s a large section of land labeled “[military area](http://can/ you test a link for me? https://www.google.com/maps/place/Military+Area/,+Pathankot,+Punjab,+India/@32.2602779,75.6243045,13z/data=!3m1!4b1!4m2!3m1!1s0x391c7f525cfaa31f:0x578997ecb2caa68d).” The Survey of India claims Google didn’t ask for permission before launching their map project. Crucially, the Survey of India claims a monopoly on mapping sensitive and restricted areas, and the appearance of places like Pathankot Military Area on an open map undermine that monopoly, and the national security interest behind it.