Contrary to some previous studies, research from the University of British Columbia says "liking" a charitable cause publicly allows people to feel they've done their part without committing any actual money or time to it.

Changing your Facebook profile picture, wearing a pink ribbon or signing an online petition isn’t going to change the world. Actually, it’s probably making the social campaign of your choice worse off, according to a study out from the University of British Columbia. Slacktivism, defined in the paper as a “willingness to perform a relatively costless, token display of support for a social cause, with an accompanying lack of willingness to devote significant effort to enact meaningful change,” is alive and well.

The study, online in the Journal of Consumer Research, looked at a total of just over 500 people in five different tests. Both in the lab and on the street, people were asked to engage in some sort of free support for a cause, like joining a Facebook group or wearing a pin. The researchers found that more public displays of endorsement made people less likely to volunteer their time or financial support for a cause later. More private displays of support, like signing a petition, resulted in a greater likelihood of giving later. 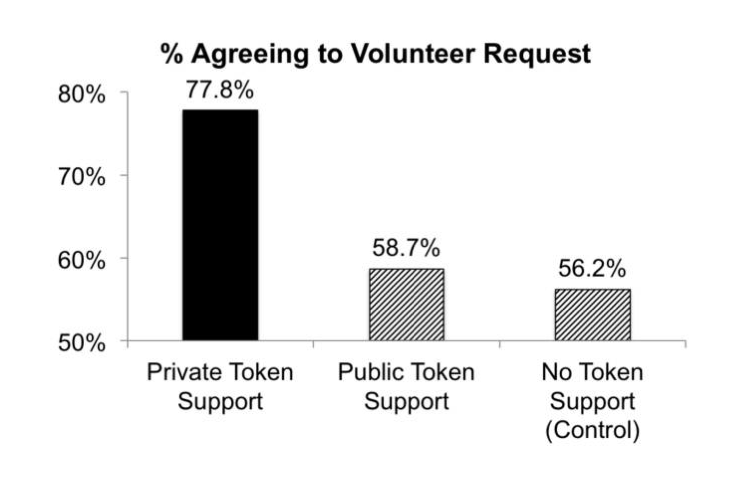 Agreeing To Volunteer After A Token Show Of Support 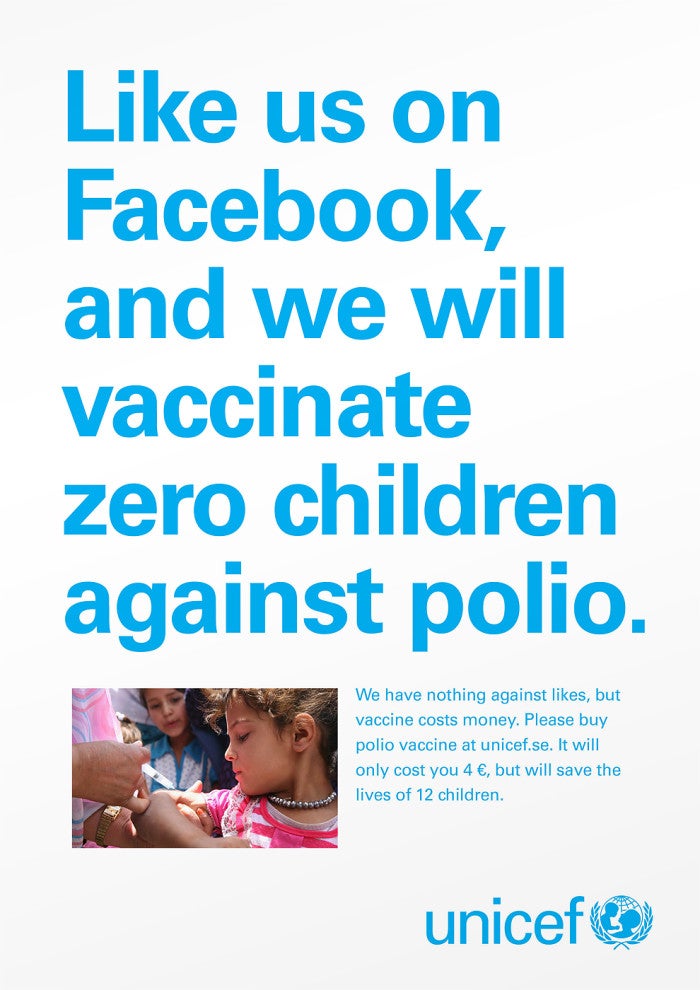 “If charities run public token campaigns under the belief that they lead to meaningful support, they may be sacrificing their precious resources in vain,” lead author Kirk Kristofferson said. “If the goal is to generate real support, public facing social media campaigns may be a mistake.”

Some charities have already gotten behind this idea. UNICEF Sweden, for example, began a campaign earlier this year to remind people that Facebook support can’t buy vaccines. But it’s still a bit of a controversial topic among academics. One paper has noted that political participation on the Internet “is at worst harmless fun and can at best help invigorate citizens.” Another study, a survey from Georgetown University, found that social media support for a cause led people to participate more in activities like donation and volunteering, not less.

This study suggests that could be the case, but only for people who are already highly connected to the cause. For the less dedicated, “liking” a page might seem like just enough of a good deed to excuse taking a pass on actual donation.