Inside The Machine That Chills Your Beer In One Minute

It's no "reverse microwave," but it is cool. 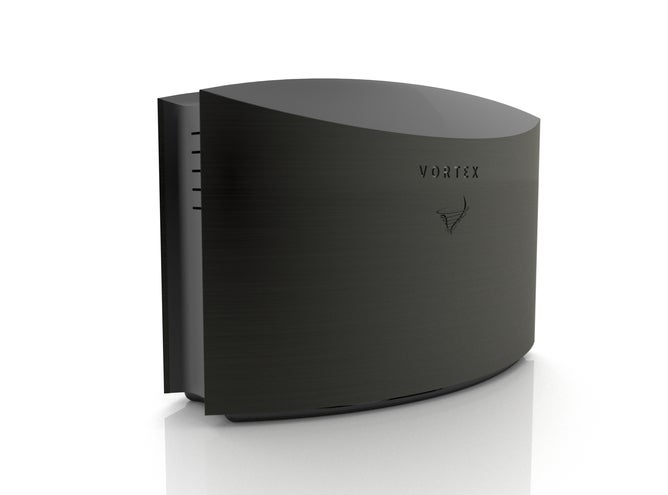 How can you turn lukewarm lager to ice-cold beer in under a minute? A startup has developed a nifty gizmo which does just that, saving both energy and embarrassment at parties. Manufacturer Enviro-Cool claims that chilling on demand with a V-Tex could save retailers €1000 per fridge per year, and of course help to keep the planet cool too. So how does the device actually work?

Media reports have dubbed the device a “reverse microwave“, but that analogy would receive a chilly reception amongst physicists. Unfortunately, you can’t simply wire up a microwave oven backwards and suck the heat from an object.

In fact, despite the PR spin about “Rankine vortices”, this device is remarkably unremarkable in some respects: the rapid cooling of drinks is achieved by putting them into contact with something cold. However, there is a twist: the interesting science here is fluid dynamics, not thermodynamics.

It’s easy to heat food quickly in a microwave oven. Why is it so hard to cool things down? The temperature of an object is essentially a measure of how much energy it holds. A hotter object has more energy than a colder one. Cooling is difficult because coaxing the atoms inside an object to give up their energy is a tricky business.

If you want to cool a material at will, you need to choose your material quite carefully. A gas is ideal: gases can be heated by compression (which is why a bicycle pump is warm to the touch after use) or, conversely, cooled by expansion (which is why the rapidly-expanding gas from an aerosol can feels cool).

There are no gaseous foods, and solids or liquids are more difficult to chill. The only simple option is to place them in contact with something cold.

This is, of course, how a fridge works: compressing and expanding gas in a series of tubes makes them cold. These tubes then cool the air in the fridge, which then cools your food. The problem with this process is that air and food are pretty terrible conductors of heat, so it takes a long time for the heat to flow out of food, via the air and into the cold pipes, where it is expelled from the back of the fridge to warm up the kitchen.

Thus, to increase the speed of cooling, we need another medium to transport heat. This is the first aspect of the V-Tex which differs from a normal fridge: it uses water to carry the heat from the drink being cooled. But water is so much more effective than air that you run into another problem. Suck out heat from a chicken too quickly and the skin will be frozen before the inside even begins to cool—the opposite of a typical barbecue disaster where food cooked at too high a heat is burnt on the outside, but still raw on the inside. In the case of drinks, the nonuniform cooling can create either an exterior layer of ice with a highly concentrated solution of icky syrup at its core, or an unintentional slushie of half-frozen Sauvignon blanc.

With solid objects, from last night’s pasta bake to organs for transplant, this is where the story ends: you are just going to have to cool it more carefully if you want to avoid freezing. But with a liquid, you have another option: agitate the liquid such that the whole volume is uniformly exposed to the cold.

Many common beverages, however, pose one further problem. From Pepsi to Prosecco, the fizz in fizzy drinks comes from CO2 gas dissolved in the liquid. This CO2 is looking for any excuse to escape, and these excuses come in the form of “nucleation sites”, which encourage bubbles to form: from tiny pits on the surface of Mentos to a disturbance in the liquid itself. This is why you can’t simply shake ’n’ cool: if you’ve ever played a playground prank with a shaken bottle of Coke, or watched champagne being sprayed from a Formula One podium, you’ll be aware of the effervescent consequences of disturbing a liquid containing dissolved gas.

This is why the V-Tex designers had to devise a smart way of uniformly cooling fizzy liquids. The solution was to rotate, shake with a wiggle and rotate again. This creates a smooth-flowing vortex, with no pressure waves which might induce bubble formation. Details are scant (patents cover the meticulous choreography behind it), but the website does mention repeated creation and destruction of a “Rankine vortex”, which is one way in which a fluid can smoothly swirl.

This device is no reverse microwave: its rapid cooling only works on liquids, and the thermal conduction of the container makes a significant difference (they claim a 500 ml metal can can be cooled in 50 seconds and an equivalent glass bottle would take six minutes).

The media missed out on a better story: in a V-Tex your drink is being stirred, not shaken, by a rapidly moving robot arm (in a tank of ice water). Make the whole assembly transparent and throw in some LEDs, a little more like the prototype, and the short wait for your fizzy pop lays bare some cool physics.

Andrew Steele does not work for, consult to, own shares in or receive funding from any company or organisation that would benefit from this article, and has no relevant affiliations.