"do not fear the higgs bosun" 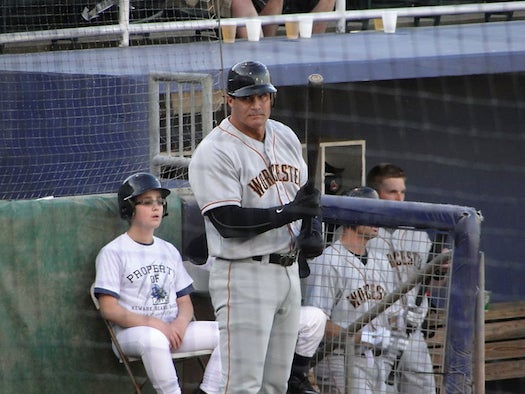 Jose Canseco, who is insane, is an impressively former major league baseball player and active Twitter user. When not tweeting about rape allegations or his paintings of Donald Trump, Canseco tweets about science–a lot. He actually fired out this gem as I was was in the process of gathering these.

Take a stroll through his science tweets and maybe you might just learn something! He was once nicknamed The Chemist, after all.

Made possible by nanobots.

For the sake of men everywhere, please do not do this, women.

So Canseco is against drone strikes… I think?

No way to KNOW he didn’t see that.

Not sure if this is an aphorism, like, Never leave that till tomorrow which you can do today, or actual scientific concern? Ditto:

Jose Canseco has admitted to steroid use, which is a fun fact placed below this science-related tweet for no particular reason.

Another fun fact is that Canseco invented both baseball and Twitter.

Think about it some more.

Surely he means refined sugar, right? Which… is also not true, actually.

Sound medical advice. From The Chemist.

If only! Also, Canseco looks for some answers from actual astronauts.

What are they hiding?

But the best is last! This is the world-shaking theory on ancient gravity that started it all.

This theory spawned a rebuttal from Science Guy Bill Nye. To which Canseco responded:

But things turn out on a good note. Here are Canseco’s thoughts on science: