Bacteria Have ‘Biological Wheels’ That We Can Finally See In 3D

Could help us build better nanobots 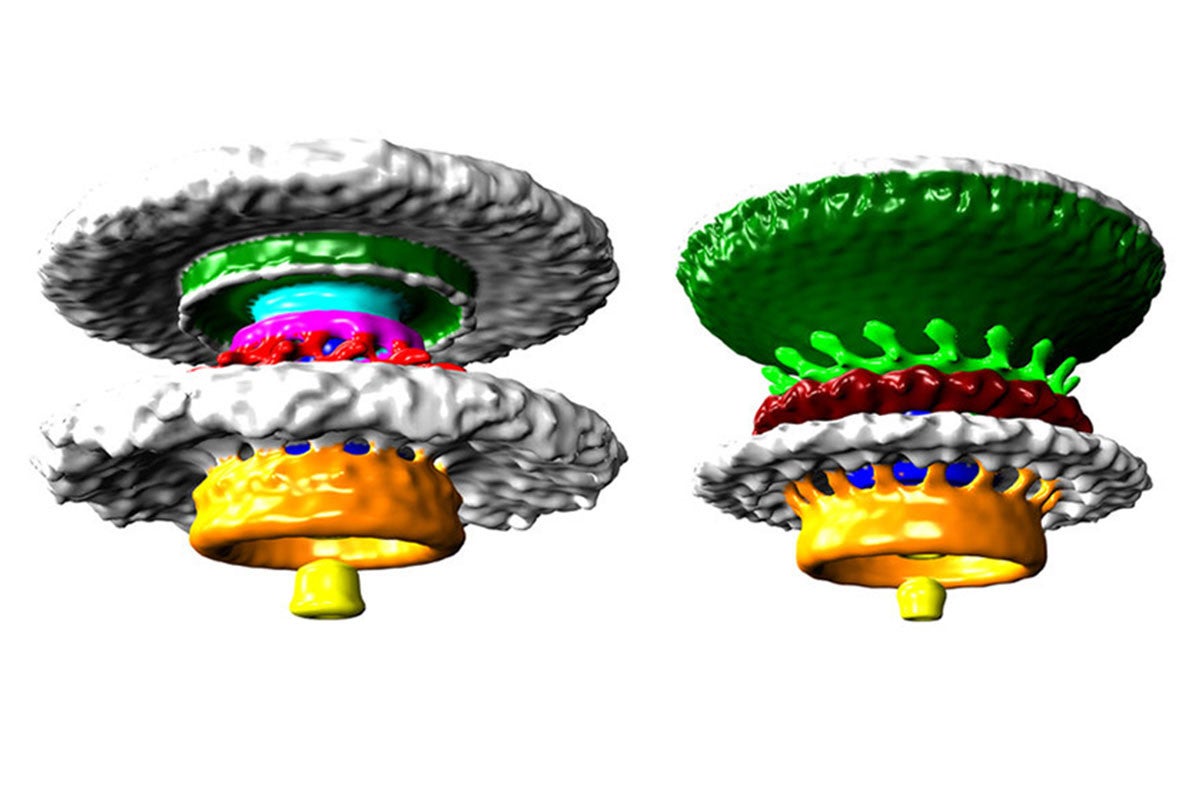 A three dimensional look at the mechanism through which bacteria propel themselves. Morgan Beeby/Imperial College London
SHARE

Among bacteria’s many attributes, perhaps one of its most overlooked yet important ones is its ability to propel itself via flagellum, a unique appendage hanging off its end. This mechanism is a perfect example of a naturally occurring, biological wheel.

Now, for the first time, scientists were able to take a high resolution, 3D look at these wheels at work, using an electron microscope. Their work was published online yesterday in the journal, PNAS.

A flagella is like a tiny tail at the end of the bacteria, allowing it to move through various mediums. It generates torque (that’s twisting force) from stators, a ring of structures around the motor part of the organ. These act as the wheel providing the power.

The amount of torque varies depending on the number of stators, which result in varying degrees of power. Different bacteria have different numbers of stators.

For example, as New Scientist points out, the motor of Campylobacter has enough force to drive itself through your intestines, resulting in a bad case of food poisoning.

At the same time, another bacteria that the scientists looked at, which is closely related to Vibrio cholerae (the bacteria that produce cholera), have a motor that only has a moderate degree of power. 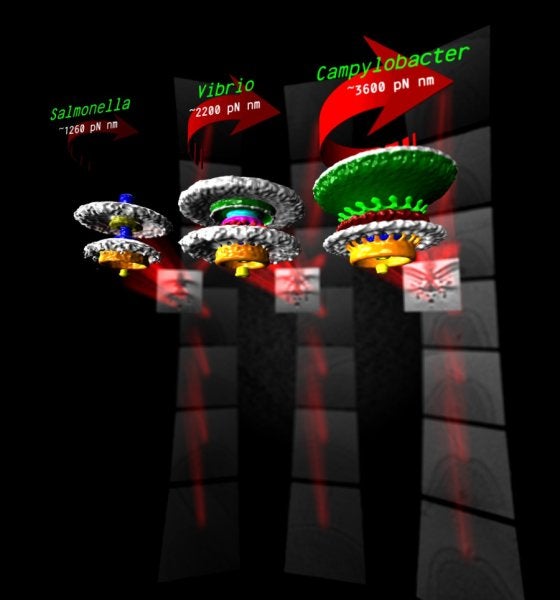 This variety, as well as the fact that flagellum has evolved independently multiple times, adds evidence to the fact that it evolved gradually via natural selection, rather than intelligent design, as New Scientist points out.

To capture these images, a team of researchers, headed by Morgan Beeby at Imperial College London, used a technique called electron cryotomography. That’s where you first freeze the bacteria, then use an electron microscope to capture images of it from various angles, finally stitching the resulting images together into one 3D composite.

Aside from the beautiful novelty of these images, researchers could study them to develop better motors for nano-robots, or to design better antibiotics that target the flagellum specific to a certain bacteria.