Exploring the Future of Science at the World Science Festival

This week in New York, a media-infused science extravaganza 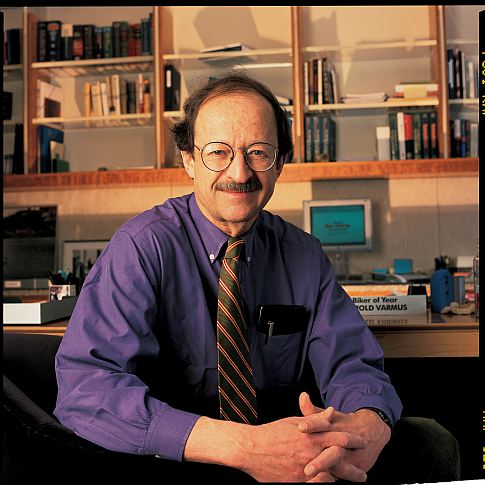 Will future brain imaging allow scientists to read your mind? What does “nothing” really mean, and what is time? Does free will exist? Has intelligence evolved in parallel amongst many species, or is it unique to humans? These are just a few of the topics that will be tackled over the next four days at the second annual World Science Festival. The festival brings together an impressive list of participants: E.O. Wilson, Oliver Sacks, Alan Alda, Glenn Close, Yo-Yo Ma, and Dean Kamen, to name a few. The crème de la crème of the scientific community (including a number of Nobel Laureates), performing and visual artists, innovators in business, and policy-makers will engage in a public discussion about science and encourage scientific discovery and education.

Founded by husband-and-wife team Tracy Day and Brian Greene, respectively an Emmy-award winning producer and Columbia University physicist and author of The Elegant Universe, the festival performs a slick repackaging of science, with the goal of engaging and sustaining public interest. But don’t let the hype fool you — this isn’t just a flashy media event. The festival is jam-packed with panels featuring some of science’s most beautiful minds, and will allow the average Joe and Jane to take a look at cutting-edge research. The festival will also include artistic interpretations inspired by science, including actress and playwright Anna Deavere Smith portraying James Watson of DNA fame and sociobiologist E.O. Wilson. It also features hands-on presentations for young kids and families.

Popular Science caught up with Dr. Varmus and one of his interviewers, Brooklyn Technical High School senior Diana Cheung, to get their thoughts on what makes an individual a pioneer in their field, and how panels like this inspire scientific dialogue. 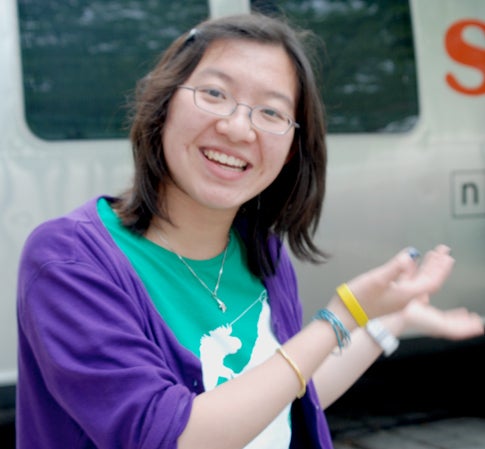 ** What characteristics do you think make someone a pioneer in science? How do you personally define “pioneer”?**

The pioneer is a person who thrives off the dynamic culture of science, is inventive and persistent, and possesses a certain level of intellect. The “Eureka!” moment that we associate with pioneers may sometimes come “out of the blue” but often, that moment is the result of many years of research enhanced by the developments other people have made. Pioneers are people who have a combinatorial ability to synthesize information and actively seek out questions to answer; they often take risks and find develop “non-obvious” solutions to everyday problems. The persistence characteristic of a pioneer is what I find to be the most important- sometimes scientists have to go through many long and dry periods of work with “no good news.” I almost consider a pioneer as someone who is a “die-hard” fan for what they’re working on.

The opportunity to participate in this panel seems like a significant honor for a scientist of any age, and perhaps even more so for a high school senior. How did you land this gig?

I consider myself incredibly fortunate to be one of three NYC HS students selected to interview Dr. Harold Varmus. My science research teacher, Ms. Janice Baranowski, introduced our class to the program director for Pioneers, Soraya Victory, earlier this year. Soraya spent some time at our school interviewing students for the event– we were interviewed to be interviewers!

Are you one of the “pioneers in science” of the future? What are you working on right now, and what are your future plans with respect to science?

At the moment, I’m working under the guidance of Dr. Josef Michl at the pathology department at SUNY Downstate Medical Center. We’re researching a therapeutic peptide based treatment for pancreatic cancer that targets specific channels in the cell membranes. I plan on pursuing a career in medicine and medical research because I find that spectrum of work to be one that is incredibly fulfilling.

Have you ever heard that quote from Marie Curie? “You cannot hope to build a better world without improving the individuals. To that end each of us must work for his own improvement, and at the same time share a general responsibility for all humanity, our particular duty being to aid those to whom we think we can be most useful.” Cancer biology is where it’s at for me!

Why should students and working scientists participate in public panels like this? What are some of the benefits for you, Dr. Varmus, the scientific community and the general public?

Public panels like this are machines for inspiration. Often times, the general public imagines scientists as busy people who hide away in the corner of dark laboratories. Having an event like the World Science Festival broadens the picture of science for the public and turns it into an accessible “culture.” For the students, those esoteric gritty details become understandable and for the scientists, they just fall in love with science all over again! For scientists, they also have to explain the complicated work, thoughts, processes that they work on in words that can be understood by the general i.e. mostly non-science trained public from young to old. From gaining some understanding of science, scientific research and how important it is for one’s well being and having it explained by outstanding scientists and being, perhaps, able to speak to one of the other scientist and Nobel prize winner may increase the public’s willingness to maintain and, perhaps, improve funding for scientific research.

Any words of wisdom for other science students out there who have their own pioneering goals?

Actively seek out all your interests. You should find out if science is what you’re interested in, and if it is, read about it and find a scientist to discuss your interests. Always ask questions and never be afraid to take risks. Above all, make sure you’re having fun with what you’re doing. Nobody forces you to “do science”! There is no force in science but the unknown that the human mind wants to elucidate. There is no force working on you to do research but your own interest and want to learn, to know and to find out “things” work, how cells work in health and disease! Have confidence and patience — progress is neither swift nor easy, but success (when it comes) is oh so sweet!

How does it feel to be considered a “pioneer” in your field?

It is a useful designation to get the attention of students and others who might enjoy learning something about a life spent in scientific research and about the work my colleagues and I have done. But I don’t really consider myself a pioneer: [with respect to the Nobel Prize] we were fortunate to ask an important question at the right time and get some interesting answers first. True pioneers operate at another level.

What characteristics make for a scientific pioneer and who are some pioneers that you looked up to as you were starting your own career in science?

Real pioneers do something that is truly outside mainstream thought and technology. Howard Temin envisioning DNA copied from RNA. Avery and his colleagues trying to identify genetic material by transferring traits with isolated DNA. Vint Cerf imagining the communications network we call the internet. These things identify true pioneers.

You have a lot on your plate these days, including serving as president of Memorial Sloan-Kettering Cancer Center in New York and as the co-chair on the President’s Council of Advisers on Science and Technology for the Obama administration. What about the WSF — and this panel in particular — made you decide to clear your schedule in order to participate?

I may not be as busy as you think. I didn’t have to “clear” the time–the hour was available. Thanks to the WSF, I am looking forward to spending that hour with motivated high school science students and a receptive audience.

** Why should scientists participate in public panels like those scheduled for the World Science Festival? What are some of the benefits for you, the scientific community and the general public?**

It is important to show that science is done by approachable and fallible people who may be distinguished by their passion for science and their persistence, but not by superhuman powers.

Any advice for would-be science pioneers out there, particularly young students like those who will interview you on June 11th?

Don’t be too impressed with us, keep your sense of humor, and appreciate science as a satisfying way to answer interesting questions about the natural world.