Bacteria swap genetic information as readily as people can share digital data — there are no cultural, political or systemic... 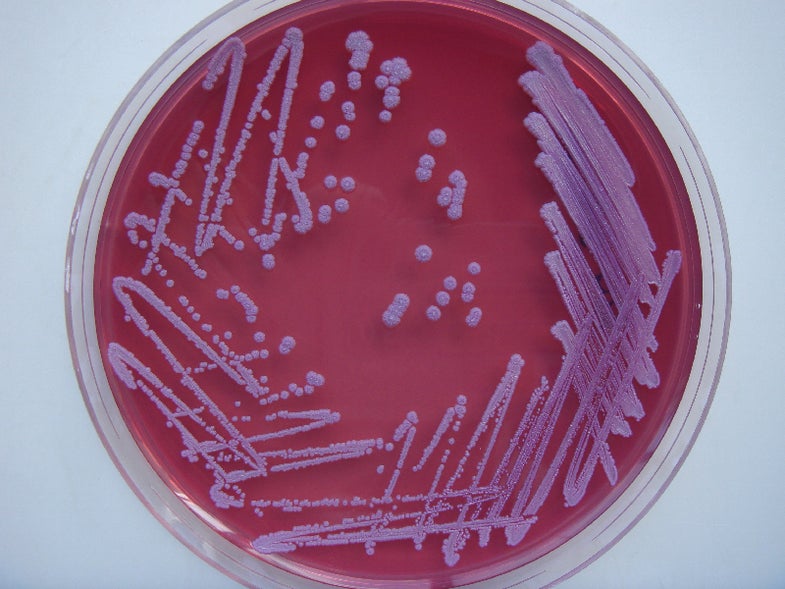 Bacteria swap genetic information as readily as people can share digital data — there are no cultural, political or systemic boundaries, according to a new study. Researchers say they have identified a massive gene network that facilitates the transfer of 10,000 unique genes among 2,235 bacterial genomes, across international borders and across species.

Researchers led by Eric Alm of MIT wanted to examine the mechanisms underlying rapidly evolving antibiotic resistance and bacterial virulence. They used a computer model to search for recent gene transfers among thousands of microbial genomes, and found huge chunks of DNA in very distantly separated samples — “We are finding identical genes in bacteria that are as divergent from each other as a human is to a yeast,” Alm tells MIT News. Bacteria living in cows and bacteria living in humans are accessing the same pool of genetic variants, the researchers say.

About 60 percent of the transfers among human-related bacterial strains have to do with antibiotic resistance, the team says. They found 42 resistance genes that were shared among bacteria that live among livestock and bacteria that live among humans, and they found 43 independent examples of resistance genes crossing international borders. This leads them to conclude that ecology, not lineage or geography, is a key factor in determining whether a bacterium will pick up some new DNA and pass it along to the next generation.

The research demonstrates how genome sequence databases can be queried to discover large-scale evolutionary patterns, said Rob Knight, a biochemist at the University of Colorado who also talked to MIT News. “The availability of vast datasets with excellent environmental characterization will give us an unprecedented view of microbes across the planet,” he said.

The research appears online in the journal Nature.