Better to stop cancer before it spreads 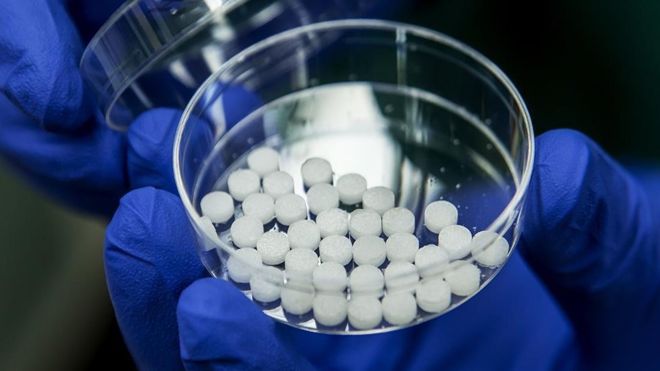 Metastatic cancer, or a cancer that spreads to other parts of the body, causes more than 90 percent of cancer deaths. Doctors constantly monitor patients’ blood to make sure that cancer cells haven’t broken off from the original tumor and started spreading, but these cells are difficult to detect, making the tests inefficient. Now a team of researchers has developed a tiny implantable sponge that can soak up these cancer cells so that doctors can intervene before the cancer settles in, according to a study published yesterday in Nature Communications.

Cancers don’t just metastasize anywhere. When cells break off from tumors, they flow in the blood to specific environments that are cozy for them. In the past researchers have found that immune cells play an important role in creating these microenvironments, and that the metastasizing cells tend to follow the immune cells.

In the study, the researchers tested sponges just a fifth of an inch in diameter made of a biocompatible plastic called PLGA on mice with breast cancer. They implanted the sponges in the mice’s abdomens and under their skin, places where cancer doesn’t usually spread. When they removed the sponges 28 days later, the researchers found that they contained cancer cells, though there were no cancer cells in the same tissues without the sponge.

A close up of the sponge surface

The researchers hypothesize that, when the immune cells flocked to the site of the implanted sponge, the metastatic cancer cells followed, then stayed there when trapped by the sponge. This could help researchers detect metastatic cancer cells sooner, so they can intervene earlier. What’s more, the sponge seemed to soak up other cancer cells from the original tumor environment as well, reducing the number of their cells by 10 percent, which could make the original cancer easier to treat.

Since this experiment was limited to breast cancer, it’s hard to know if it would work as well in other types of cancer without solid tumors, like leukemias. What’s more, researchers still aren’t sure that early metastasis detection improves a patient’s overall outcome—something the researchers hope to pursue in future studies, the BBC reports. And though they will pursue those studies in animals, they hope to test the sponge in humans soon.