All the big Apple announcements from WWDC 2019: iOS 13, macOS Catalina, and a new Mac Pro

Follow along as Tim Cook and his crew take the stage to show off Apple's new stuff. 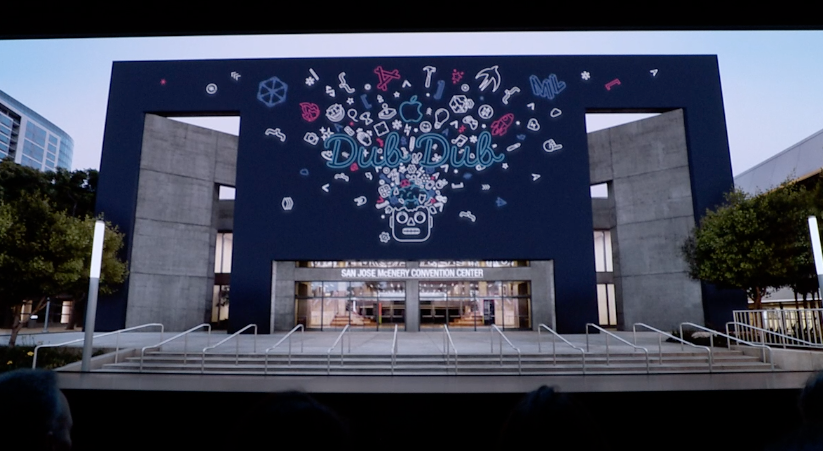 If you’re an Apple fan, WWDC is one of the biggest events of the year. It’s a chance for the company to show off a ton of new software, programs, and even some hardware from time to time. You can check out our preview of what we expect to see here, and keep on scrolling for an easy-to-digest recap of everything Tim Cook and the Apple crew announce today.

Interestingly, however, Tim Cook starts off the keynote by talking about tvOS, which powers the Apple TV devices like the Apple TV 4K. tvOS now gets multi-user support, so everyone can get their own “up next” list and personalized recommendations. This already exists in just about every streaming service, so now there’s another layer on top of that. The new tvOS will also play music ›and show lyrics at the same time, which will be handy with all these Cannibal Corpse songs I have in my library.

For Apple Arcade on the Apple TV, players will be able to use both the Xbox One and PlayStation DualShock controllers, which is a huge development.

The smallest Apple screen is getting a substantial design upgrade. There are several new faces, as well as a “haptic chime” that will buzz slightly on the hour or even make a quiet bird sound like a cuckoo clock.

From a software standpoint, the watch will soon get some new apps including audio books, a voice recorder, and even a calculator. The watch has a built-in tip calculator feature, which got a surprising amount of clapping from the audience.

The apps will run more independently without a companion phone, and as a result, the Watch is finally getting the App Store natively. You can buy and install apps directly from your watch instead of using your phone as a conduit.

The Apple Watch has been focused on health for a few versions now and there are some new health upgrades to go with it in WatchOS 6. The Watch will also track your workout schedule and notice when you start to slack off and try to motivate you. There’s also a new Noise app that uses the device’s microphone to identify when you’re in an area so loud it could damage your hearing.

This year, Apple is officially announcing its Cycle Tracking app for tracking a user’s menstrual cycle. It doesn’t require a Watch so it will work on the phone, too. It’s also free.

This is the bread and butter of most WWDC announcements. Apple says that iOS 12 is currently on 85 percent of user devices. Tim Cook points out that Android 9 is on just 10 percent of Android devices. Sick burn, Tim!

The focus, like last year, is on speed. Unlocking the phone with FaceID is now reportedly 30 percent faster. Apple also says that app updates will be up to 60 percent smaller after the new OS drops. Apple also claims that app launch times will drop in half.

As we expected, Dark Mode is coming to iOS.

Safari and Notes are both getting minor updates, but Reminders got a total overhaul. The old Reminders app wasn’t very useful, but the new version leans on the smart features like knowing where you want the reminder to show up and what other people may be involved with the event you created. I hope it’s good. I could use the organization.

Maps is also getting an overhaul with more detailed maps. We’re getting a lot more detail thanks to Apple’s recent efforts to capture more detailed information. The company is using aerial data as well as info captured by cars driving around.

As a last point about Maps, Apple hammers home the idea of privacy. The company says that you don’t have to opt out of Maps tracking you, which is another clear shot at Google. You can now share your location with an app “just once” and then require it to ask on subsequent times. Apple is also closing down the loophole that allowed apps to look for Bluetooth or Wifi networks to try and get a vague idea of your location.

Also, you can now “sign-in with Apple” like you would with Google or Facebook. It uses FaceID to let you log into third party apps without sharing more information than you’ve already given. If it asks for your email, you can share your real email, or opt to hide it. Apple will create a random new email address that forwards to your primary email.

HomeKit is coming to routers from Linksys, Eero, and internet service providers. That seems like a small point, but when you have a ton of internet-connected devices in your house, it could be bad news for one to become compromised. HomeKit on a browser would help protect against that.

Apple’s high-tech emojis are getting upgrades like makeup, piercings, and hats. The video yelled hats really loudly. People wanted hats. You can now use Memojis as stickers. Your face is now emojis.

In Photos and Camera, Apple is reminding everyone that the studio lighting feature in portrait mode still exists. You can now use AI to simulate effects like moving a light closer or farther from your subject in the studio. I’m a nerd about this, so I’m very curious about how authentic it is. It also offers more control over image editing with more advanced adjustments for things like luminance.

Photos is also upgrading its organizational system. Instead of uniform thumbnails, it shows you organized photo and video streams. It reminds me of Google Photos, which I think is the idea.

In an unprecedented turn of events, Apple is now talking about HomePod, it’s connected speaker. It can now tell the difference between several users just by hearing their voice, which is a great feature on the Google Home devices. Hooray, HomePod!

Apple’s CarPlay is getting a redesign that mostly includes aesthetic updates, but also now lets you use Waze and Pandora with Siri.

One of Siri’s biggest updates comes from the Shortcuts app, which allows you to group actions together into larger groups. So, if you have a routine that happens when you go to the gym, you can make that into one command.

Siri’s voice got an upgrade as well thanks to new text-to-speech tech. It’s powered by AI and the demo seems….fine.

As we expected, the iPad is getting its own operating system now that’s different that macOS and iOS. The main difference is its multi-window compatibility. You can keep a row of widgets on your home screen next to the app icons and you can have multiple windows within an app at the same time. So, if you want to drag stuff into emails or write in two Microsoft Word documents that the same time (for some cursed reason), you can do it.

The new iPad file system allows you to use the iPad more like a computer. You can even plug in external storage or transfer images directly from a camera if you have the necessary cable.

Typing with your fingers is now easier as well. If you’re typing with one hand, the keyboard will shrink down to let you type with a single thumb. You can now pinch with three fingers to copy and spread your three fingers out to paste. It seems easier than before, but the demo hasn’t gone perfectly, which is nice because we don’t have to pretend that typing on the iPad still isn’t close to as good as it is on a keyboard.

The new Mac Pro is built around a stainless steel frame with handles that make it easy to drag it around. You have 360 degree access to the internal components.

It uses up to a 28-core Intel Xeon processor. You can put up to 1.5TB of system memory inside, which is helpful if you’re making your own Pixar movies. It has PCI expansion, which means it’s easier to upgrade than the old cylindrical model that was very hard to update.

The computer has a total of four Thunderbold 3 ports and a pair of USB 3 sockets. The computer can use a pair of Vega Pro GPUs at once. If you don’t know what that means, then this computer isn’t for you anyway and it’s probably not worth your time to learn.

The fans inside can generate 300 cubic feet of airflow per minute.

In addition to its new super-powerful computer, Apple has a 6K monitor to go along with it. It’s a 20 million pixel display that has an etched glass screen to combat reflection. It’s meant for high-end production work that typically requires a reference monitor that costs tens of thousands of dollars. The back of the display has holes in it to channel out heat. It can manage to maintain 1,000 nits of brightness forever with a maximum brightness of 1,600 nits. Typically, that intensity of backlight creates too much heat.

The screen promises a 1,000,000 : 1 contrast ratio, but that number is tough to compare since companies define it in vague ways.

You can run a pair of the monitors off of a souped-up 15-inch MacBook Pro, or you can run six of them from a Mac Pro. That’s 120 million pixels its pushing.

The Monitor’s stand has a complex arm that makes it easy to adjust. It can also rotate easily into portrait mode, something coders will surely appreciate.

We’re finally getting Apple’s desktop operating system. The new version is coming later this year and we’re about to get the details about it. The big news off the bat is that iTunes is splitting up into three apps: Apple Music, Apple Podcasts, and Apple TV.

The split among the apps is pretty much what you’d expect. Instead of using one of these apps for syncing your phone, it’s not through the settings in macOS. No more iTunes launching when you plug in your phone. Podcasts will now also index the content of each episode so you can search for people talking about specific topics.

You can now use the iPad as a secondary monitor for your Mac. It works with a wired or wireless connection and also allows users to make the iPad like a Wacom tablet for input.

If someone steals your Mac you can now deactivate it so the thief can’t do anything with it. It’s useful for phones so it makes sense on the Mac.

Screentime is also coming to the Mac, which sounds horrible for me as a person who spends a shocking amount of time typing into a MacBook Pro. I don’t even want to know.

We’re a full two-hours into the keynote now and we’re getting into some of the stuff that really mostly applies to the developers in the audience. ARKit 3 shows off some new tools for making augmented reality apps, like real-time body tracking and the ability to have virtual objects go in front of and behind people in AR spaces. It looks great in the demo.

Minecraft Earth in AR looks pretty amazing. The app can create a Minecraft world in a real-world space. The camera can watch a player and have the in-game avatar mimic real-world movements. Kids are going to go nuts for it.

There are a few more things at the end that are too developer-specific to bring into the conversation here. But, that was a ton of new announcements.