From the option to undo or edit an iMessage to an expansion of what CarPlay can do, here are some highlights from Apple's WWDC event today. 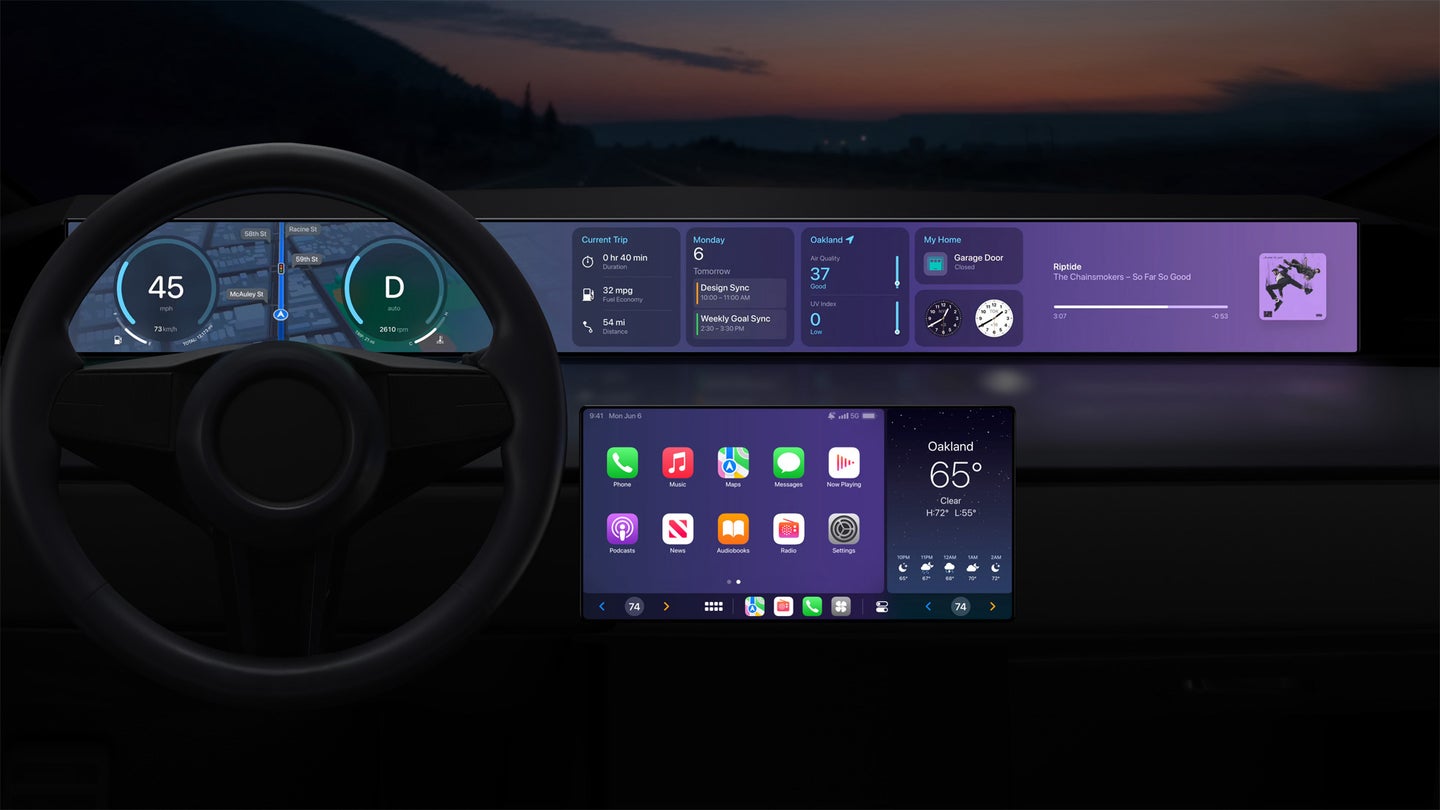 Among the changes is an expansion of what CarPlay will be able to do in a vehicle. Apple
SHARE

Apple kicked off its Worldwide Developers Conference today, and as the company typically does, it previewed a slew of new features coming down the pike to iPhones, Macs, and more. The keynote highlighted a ton of changes, from big to the more granular.

Here’s a look at five of the new software-based offerings en route from the Apple mothership in Cupertino, California, to your devices sometime over the next few months.

Undo an iMessage, or edit it

With iOS 16, which is the next version of the operating system that your phone runs on, Apple is releasing a nice new perk: The chance to undo a sent iMessage. That means that the note you send somebody and instantly regret can be—in theory—recalled before they see it. (A similar feature is also coming to emails sent via Mail.)

Another key feature with iMessages: The chance to edit a message you’ve already sent, to correct a typo or, presumably, just entirely rewrite it. That way, if autocorrect changes the word you had wanted to write, you theoretically can go back and edit it. Were happy to see this one coming. (*We’re.)

You’ll have 15 minutes to un-send a message or edit it.

Change up your lock screen

The lock screen—the time, date, photo or wallpaper, and more that you see when you touch your phone’s screen but don’t navigate to the home screen—is also changing. Craig Federighi, the company’s senior vice president of software engineering, explained that they are “completely reimagining how it looks and works for you.”

[Related: Everything you need to know about the new Apple M2 laptops and WWDC 2022]

While there are a series of options, some of the highlights include the opportunity to change the font or color of the clock, add widgets (like the weather), and also create multiple lock screens to use in different scenarios. For example, one lock screen could focus on the weather, and another could be the lock screen you configure for work.

In short, your lock screen options are more unlocked now. This feature had been rumored to be on its way. Here’s more on what it looks like:

A change to your photo library

Right now, if you’re using the Photos app on an iPhone, a single photo library undergirds your experience. If you want to share a photo with someone, you can already do that from that library, through a Shared Album, or by texting it to someone, as well as other approaches, like throwing your phone at someone and saying “hey, check out this photo.”

The company is now creating a Shared Photo Library in iCloud, which is just what it sounds like: a distinct photo library that you can jointly contribute to with as many as five other people. The idea is that a group of friends might create one, and everyone feeds their photos into it. A dropdown option in the camera app will let someone choose, while taking photos, which library will receive the images they’re making. (We look forward to accidentally adding photos to the wrong library going forward.) This feature will also be coming to the new iPad OS as well.

Apple also teased new features coming to CarPlay, which is the software in some cars that allows an iPhone to be interconnected with a digital display in a car. That feature, previously a way to access apps like Messages or Maps, is set to become greatly expanded. Notably, with some cars—Apple says they are working with the likes of Land Rover, Honda, Volvo, Ford, and more—CarPlay will now be able to display additional information.

For example, think about your vehicle’s instrument cluster: the place where you see basic info such as your speed or what mode, like drive or park, your car is in. CarPlay will be able to display that information as well, and will be customizable in terms of appearance. In short, picture CarPlay displaying information on your dash such as how fast you’re going, a compass, and navigational info—you get the idea.

“This next generation of CarPlay powers your entire instrument cluster,” Emily Schubert, a senior manager at Apple for car experience engineering, said at the event. “To do this, your iPhone communicates with your vehicle’s real-time systems, in an on-device, privacy friendly way, showing all of your driving information, like speed, RPMs, fuel level, temperature, and more.”

In the forthcoming operating system for Macs, which will be called “Ventura,” Apple is releasing a new way of organizing open apps and windows. With the Mac’s dock at the bottom as the traditional spot for app icons to reside, the left-hand portion of the screen becomes a gathering place for open apps, and all their pages, to live. The same organizing principle is also coming to the next version of iPad’s OS, as well.

These five updates are among the biggest, but Apple announced other news bits as well. Four new watch faces are coming to the Apple Watch, and the Watch will also track sleep stages, such as REM. Finally, in the health vein, the company is announcing a new way to keep track of medications you might take.

In hardware news, the company is producing a next-gen Apple-made chip, the M2, which will be the new silicon in a new Macbook Air and the 13-inch Macbook Pro.

Watch the whole event, below: