The new iPad Pro adds a super-powerful M2 chip to an already-excellent body. 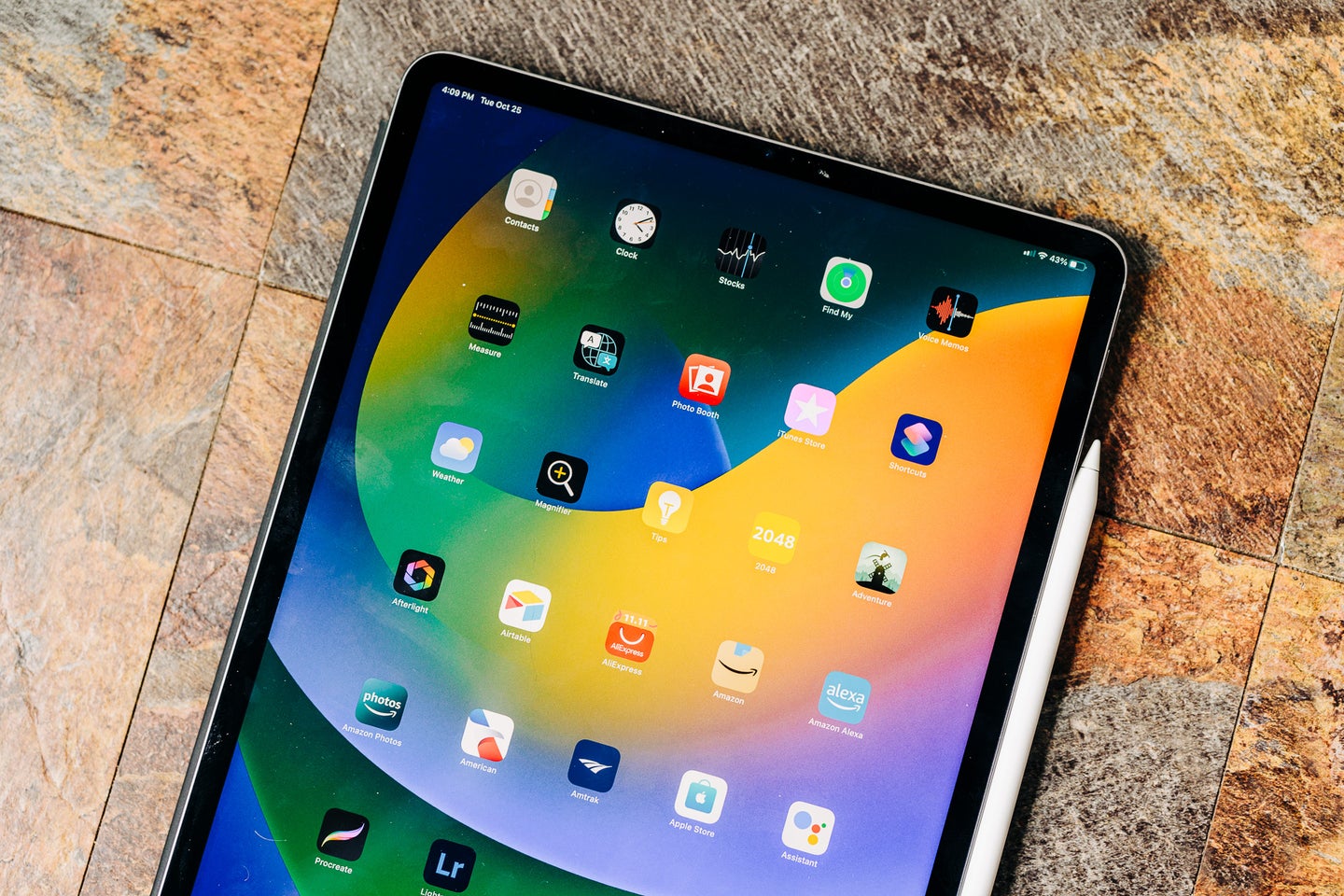 The new 12.9-inch M2 iPad Pro might be the best display in my house. I have a nice TV and a solid computer monitor that I use for my professional photography work, but the Liquid Retina XDR display on Apple’s flagship tablet really is incredible, just like it was on last year’s M1-powered model.

The new M2 chip inside the iPad Pro might also make it the fastest computing device I have in my home. It’s difficult to compare apples to apples when it comes to tablets vs. laptops, but my 16-inch M1 MacBook Pro gets some stiff competition from its skinnier, touch-enabled sibling.

In short, the iPad Pro is the best iPad. In fact, I’d consider it the best overall tablet you can buy at the moment. But all the features that make it great also make it expensive (prices start at $1,099). And unless you have specific workflows in mind that require an immaculate screen and ample computing power, the iPad Pro (2022) is probably overkill. It is, however, that slick kind of overkill that Apple has refined into an art form.

With this year’s iPad Pro refresh, don’t expect much in the way of a redesign. It relies on the same 12.9-inch, 2732 x 2048 display as last year’s M1-powered iPad Pro (an adaptive 120Hz panel that was already my favorite). The screen was one of the biggest selling points for the M1 model and it hasn’t changed here. Behind it, 10,000 mini-LEDs provide the backlight in 2,500 local dimming zones to allow for up to 1,600 nits of maximum brightness while maintaining deep black levels. It also supports a 1,000,000:1 contrast ratio, the entire P3 color gamut, plus HDR, which makes for a truly gorgeous screen.

The rest of the hardware hasn’t changed much, either. The front-facing camera has remained at the top of the screen rather than moving to the long edge as it has on the standard 10.9-inch iPad. The form factor has remained the same and so have all the accessories designed to go along with it.

With the exterior components staying mostly the same, you have to look inside for the updates. Apple promises improvements across the board, including 15% faster CPU performance and 35% faster GPU numbers. Apple also claims a 40% improvement when it comes to the neural engine, which powers machine learning tasks.

I personally find benchmarking somewhat unsatisfying when it fails to reflect tangible changes in the real world, but other reviewers have found that the spec bump has made a real difference in operating speeds across a litany of different tasks.

For my testing, I loaded up a huge collection of 45MP raw files from my Canon R5 mirrorless camera into Adobe Lightroom and did a few hours of fairly intensive photo editing. The iPad Pro had no problem rendering previews, showing me edits in real-time, and quickly moving between images with very little lag.

I also loaded up some 4K video from the same camera into iMovie (because Final Cut Pro still annoyingly doesn’t exist in iPad form yet) and found the M2 chip handled it with ease. Resource-intensive work like that obviously drains the battery more quickly than typical everyday tasks but the iPad never really struggled with tasks that tend to tax my 16-inch MacBook Pro.

As with the previous iPad Pro, the new M2 version makes the most of the $129 Apple Pencil 2. A new iPadOS 16 feature allows the iPad to recognize the Pencil when it’s hovering up to 12mm above the display. Hovering allows for a few clever tricks like the ability to preview brush strokes in apps like Procreate or simply preview sections of a YouTube video by simply hovering over part of the timeline. I found this feature surprisingly handy during my review period. It’s exclusive to the 2022 iPads for now but, hopefully, it will trickle down the line later on.

While I spent my entire review period working on the 12.9-inch iPad Pro, the 11-inch model has also gotten 2022’s M2 upgrade. The big difference between the two models lies in the screen. The 11-inch model is smaller, of course, but it also lacks some of the bells and whistles that make the 12.9-inch model so desirable. The 11-inch model still offers the high-refresh-rate ProMotion tech, as well as the P3 color gamut, but it lacks the mini-LED backlight tech, which limits its overall brightness to 600 nits and can’t provide the same kind of contrast ratios found in its big sibling.

With the introduction of the new M2 chip, there’s now a real performance gap between the 2022 iPad Air and the newest iPad Pro. If you’re doing resource-intensive work on the iPad, upgrading to the Pro absolutely makes sense. The 12.9-inch Pro also offers a decidedly better screen than the Air, which is no slouch.

There are a few other differences, too. The new iPad Pros have Wi-Fi 6E, for instance, but it’s unlikely you’re even using 6E at the moment, though it may become more accessible in the future.

As with just about any product with the word “Pro” in the name, there are likely two kinds of people who will buy the new M2-equipped iPad Pro. Some actual professionals with specific use cases for this kind of device will take the plunge. As a professional photographer and imposter professional video shooter, a super-fast iPad with an immaculate screen has undeniable appeal to me. Other creative pros likely feel the same.

The other target audience for this kind of product contains the same kind of people who will buy the Apple Watch Ultra because it’s the best Apple Watch and then never take it out into the wilderness or into harsh terrain. Some people just want the “best” thing with no real regard for whether it makes any financial or practical sense.

I can say without a doubt that both of these groups will be satisfied with the 12.9-inch iPad Pro (2022). It’s fast, slick, expensive, and capable—a work machine and a status symbol all wrapped up in one.