12 weird science facts to share with your family this holiday

A taxidermied man, a real-life Wolverine, and a professional farter. Sorry, flatulist. 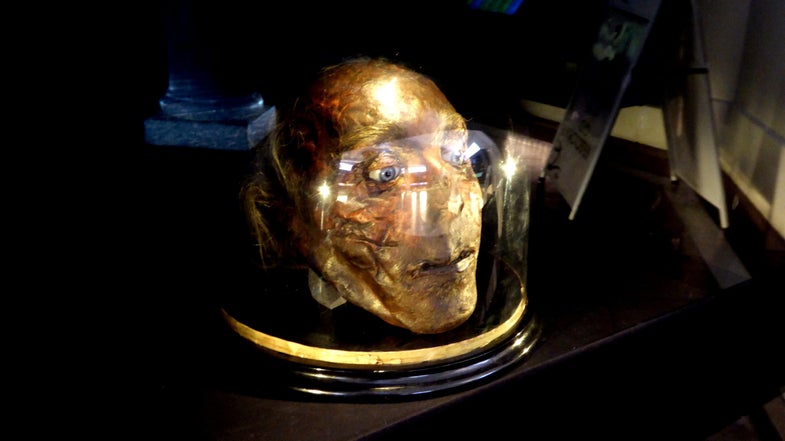 The English philosopher wanted to be taxidermied after his death, but the process left his head discolored and lacking expression. Ethan Doyle White/Wikimedia Commons, CC BY-SA 4.0
SHARE

For those looking to weird out their aunts and uncles, her are 12 strange facts from Season 1 of the Popular Science podcast, The Weirdest Thing I Learned this Week.

And what came of his real head? It was, for a time, displayed as a part of the auto-icon. But after multiple thefts by students, it was locked away and it’s no longer available to be seen by the public.

For more weird facts and the science behind them, listen to The Weirdest Thing It Learned This Week wherever you get your podcasts! And don’t forget—subscribe to Popular Science on YouTube!