How To Create Vortex Rings In Your Swimming Pool

One day, I was browsing online when I discovered a video of two round shadows on the bottom of a swimming pool—and nothing on the surface that might be casting them. Even weirder, they were moving, in unison, across the pool instead of dying out. When I asked a fluid-dynamics professor what was going on, he said it was probably a half-ring vortex.

To test this hypothesis, I created my own black spots by dragging a dinner plate through my friend’s backyard pool. The plate’s motion created, on the pool’s surface, two dimples that slowly drifted away from me while remaining in sync with each other. When I squeezed a few drops of food coloring into each dimple, the dye swirled down to reveal an incredible half-ring vortex connecting the dimples to each other.

A vortex is a spinning column of liquid or gas, such as a tornado. I knew my experiment was a vortex because it carried the dye along—and vortices, unlike waves, can transport matter. Vortices form because of shear force, when a fast fluid moves past a slower one. When you push the plate, the liquid next to it is dragged forward, while the water farther out remains still. This speed difference makes the fluid curl around the plate’s submerged edge.

The ends of the vortex create two dips in the water’s surface that bend sunlight outward, just like a glass lens. This creates a bright ring around two dark circles, forming the black spots. 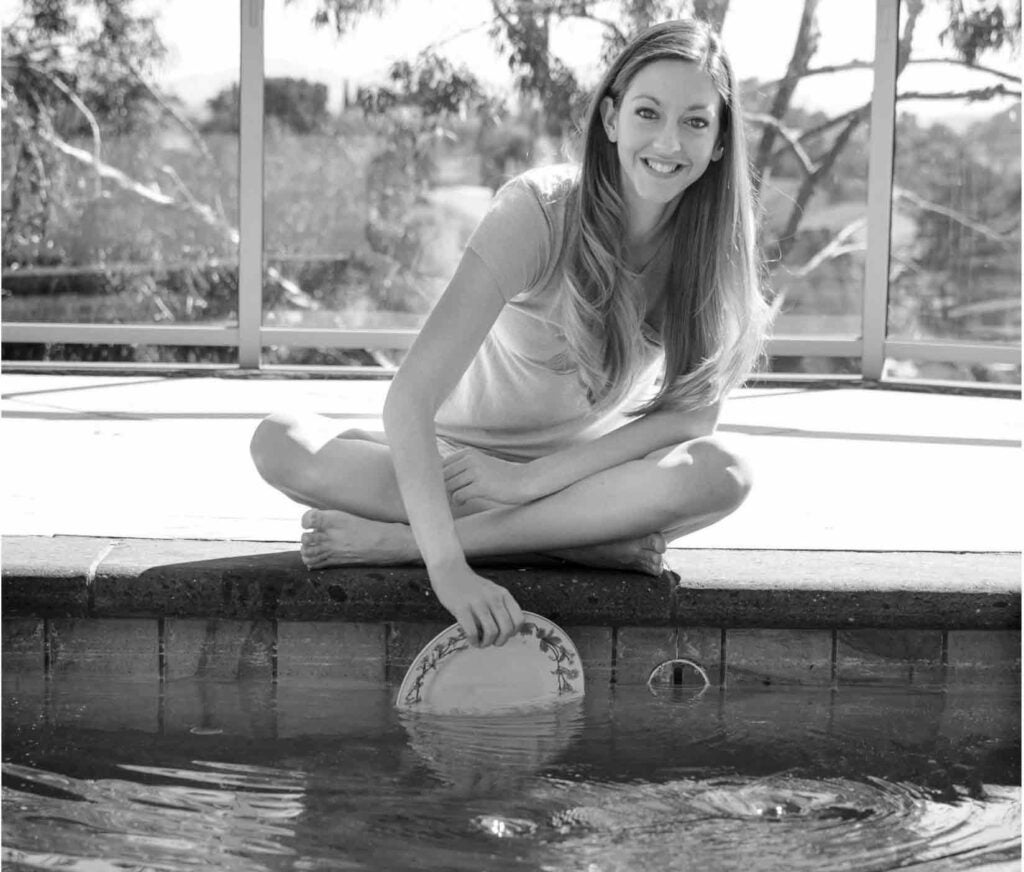 The author demonstrates how to create vortex rings in a swimming pool.

How To Make A Half-Ring Vortex

This article was originally published in the July/August 2016 issue of Popular Science, under the title “I Created a Vortex Ring in the Pool.”