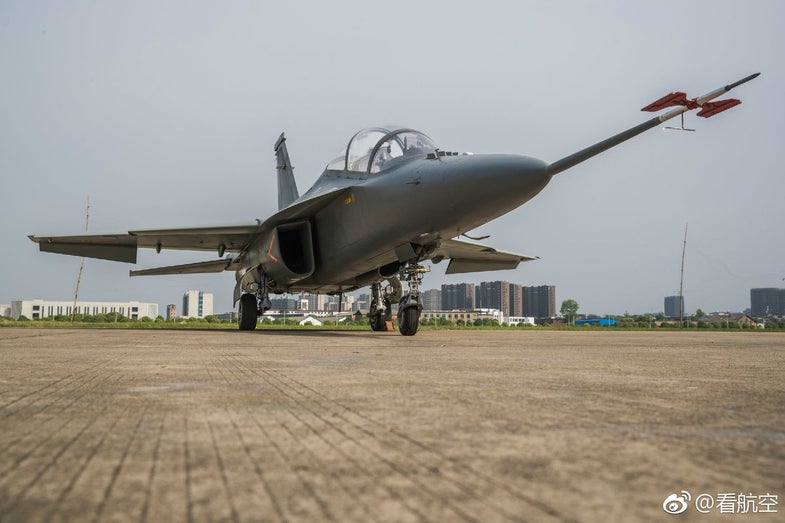 The L-15B, despite being derived from a fighter trainer, is still more capable than the Cold War-era J-7 fighters and Q-5 attack jets that it will likely replace. Wechat via Andreas Rupprecht
SHARE 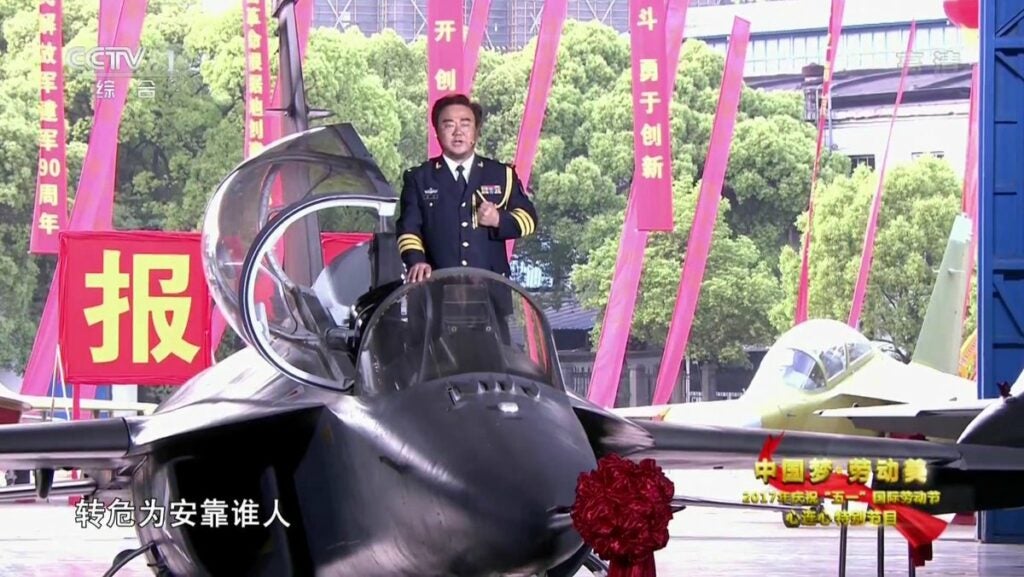 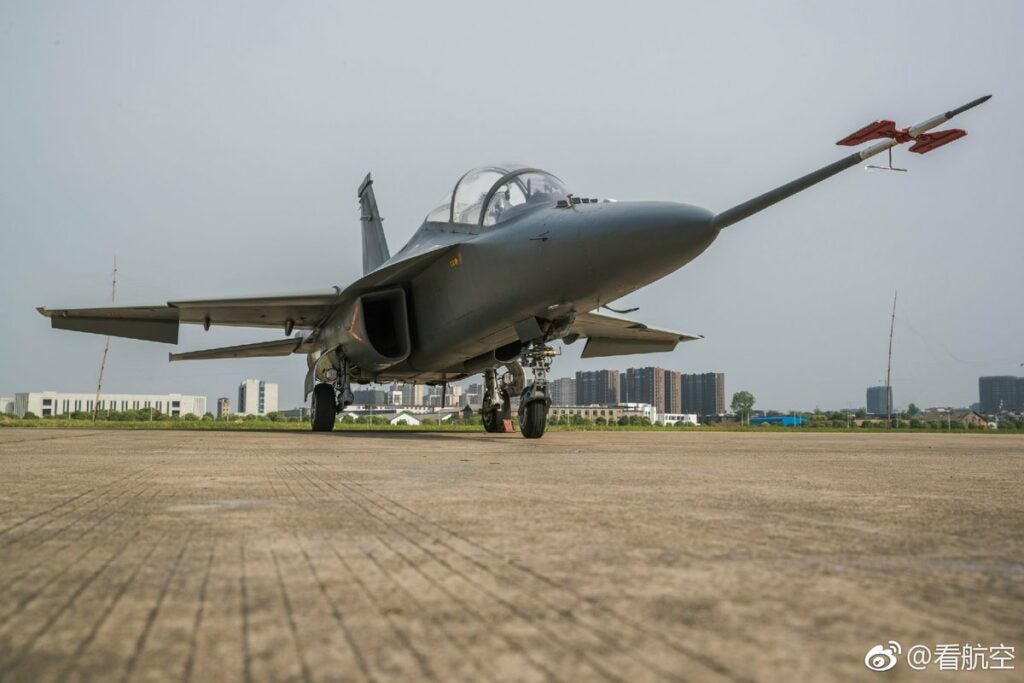 The L-15B, despite being derived from a fighter trainer, is still more capable than the Cold War-era J-7 fighters and Q-5 attack jets that it will likely replace.

If HAIG’s L-15 advanced jet trainer is any indication, the attack version of the L-15B has a maximum take-off weight of around 9.6 tons and uses WS-17/AI-222K-25F turbofan engines to reach a top speed of Mach 1.4.

The L-15B can carry about three tons of weapons on its nine hardpoints (one under the fuselage and four on each wing). For ground attack, it can carry HJ-10 anti-tank guided missiles, and the LS series of 250-500kg laser- and satellite-guided bombs.

The L-15B can carry a wide range of Chinese lightweight aircraft sensors, like multi-mode targeting pods and electronic jammers. It is also fitted with an electronically scanned array radar, which enables it to serve in an antiaircraft role, using PL-12 long-range air-to-air missiles and PL-10 infrared-guided short-range missiles. Additionally, it could extend its 500km combat radius with fuel drop tanks to increase range and on-station flight time. 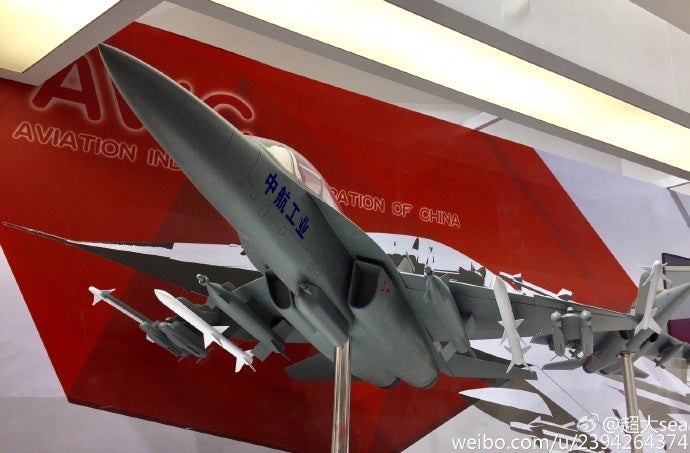 The L-15B, a proposed variant of the JL-10, is equipped with long-range air-to-air and air-to-surface attack capabilities, making it a cheap, modern multirole aircraft.

Previously only previewed in model form at airshows, the new plane is likely to draw from Hongdu’s experience with the export L-15Z, a L-15 multirole variant built for the Zambian Air Force. The PLAAF has already acquired several squadrons of L-15 jet trainers to train its pilots for fourth- and fifth-generation fighter operations, so the L-15B should be inducted into service with minimal fuss. 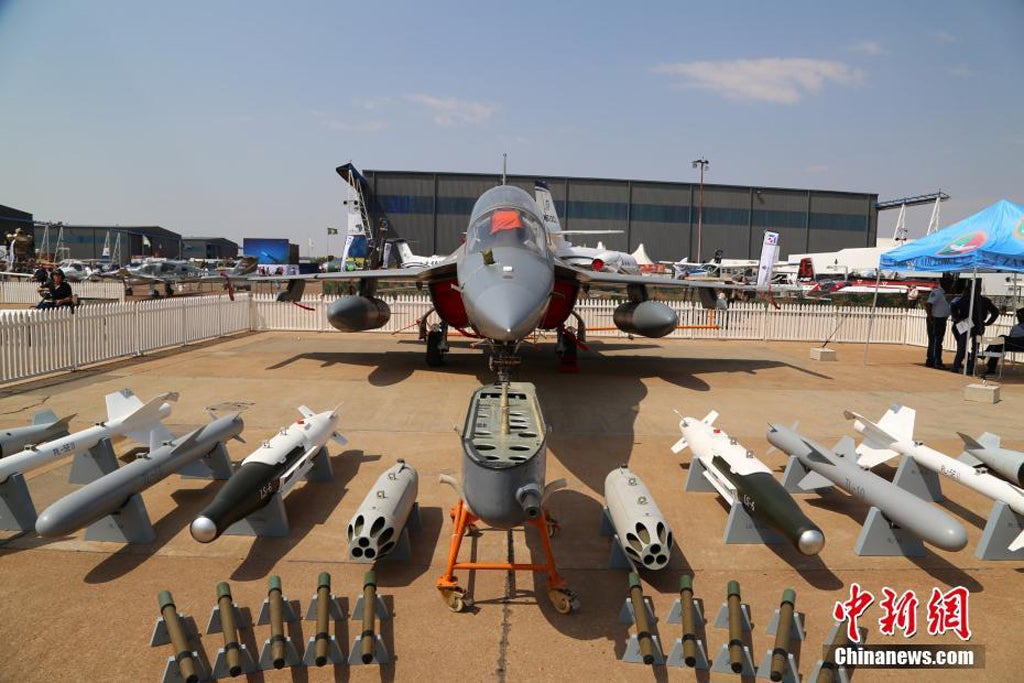 This L-15, based on the L-15Z export variant developed for Zambia, displayed at the Zhuhai 2016 Airshow.

The L-15B could replace many of China’s Cold War-era light fighters like the J-7 fighter and Q-5 attack aircraft. Its basic long-range air-to-air combat capability gives it some level of protection against modern opponents, and its cheap cost means that it would make a readily available close air support (CAS) platform for Chinese ground forces (compared to, for example, an expensive J-16 multirole fighter). In addition to plastering enemy positions and armor with guided munitions, the L-15B can share its sensor data with ground forces through networks, as well as provide a rudimentary level of air defense in high-threat environments. 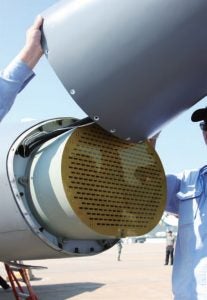 The L-15B is equipped with an electronically scanned array radar, which has a range of more than 68 miles, making it a respectable foe for modern fourth-generation fighters.

The L-15B is not only craft that toes the line between a trainer and a light fighter. The South Koreans have turned its KAI T-50 Golden Eagle jet trainer into the multirole FA-50 and the USAF itself is considering converting trainer aircraft into the light attack role under the A-X program.