An ambitious idea to make space launches cheap and dull 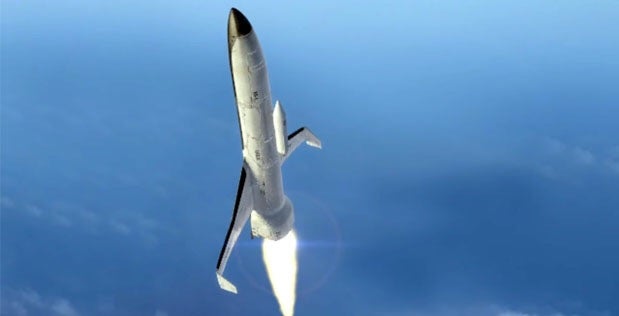 Space isn’t so much hard as it is expensive. Humans have put objects into space with rockets since Sputnik in 1957, but rockets are still largely a one-off proposition, a powerful single-shot thrust into space that falls away into unsalvagable parts. DARPA, the Pentagon’s far-looking research wing, wants to change that. With their XS-1 program, they’ve set an ambitious goal for companies to create a vessel that can go into space 10 times in 10 days, with each flight costing less than $5 million. Ambitious as it is, DARPA is so confident in this program that they’ve funded the second stage in their design competition.

If the dream of a reusable space plane sounds familiar, it’s because the XS-1 is planned as the workhorse successor to the beloved and now retired Space Shuttle fleet. The costs and science challenges are many. Private space flight companies Virgin Galactic and SpaceX have both suffered recent setbacks to their reusable launch vehicles. The Air Force has the reusable X-37B unmanned space plane, which can glide to a landing from orbit but still has to catch a ride on a rocket to get to space.

If there’s any government agency equipped to tackle such a challenge, it’s DARPA, which can corral the talents of the aerospace industry and get them focused on such figurative moonshots. Three teams, one from Boeing and Jeff Bezos’s Blue Origin, one of Northrup Grumman that also features Scaled Composites and Virgin Galactic, and one from Masten Space Science Systems together with XCOR Aerospace, were each awarded $6.5 million to continue development of their (eventually) cheap, reusable space planes.

If successful, space might still be hard, but getting stuff there will be so cheap it doesn’t matter.

Watch a video about the XS-1 below: