How the world’s fastest workstation PC compares to other machines 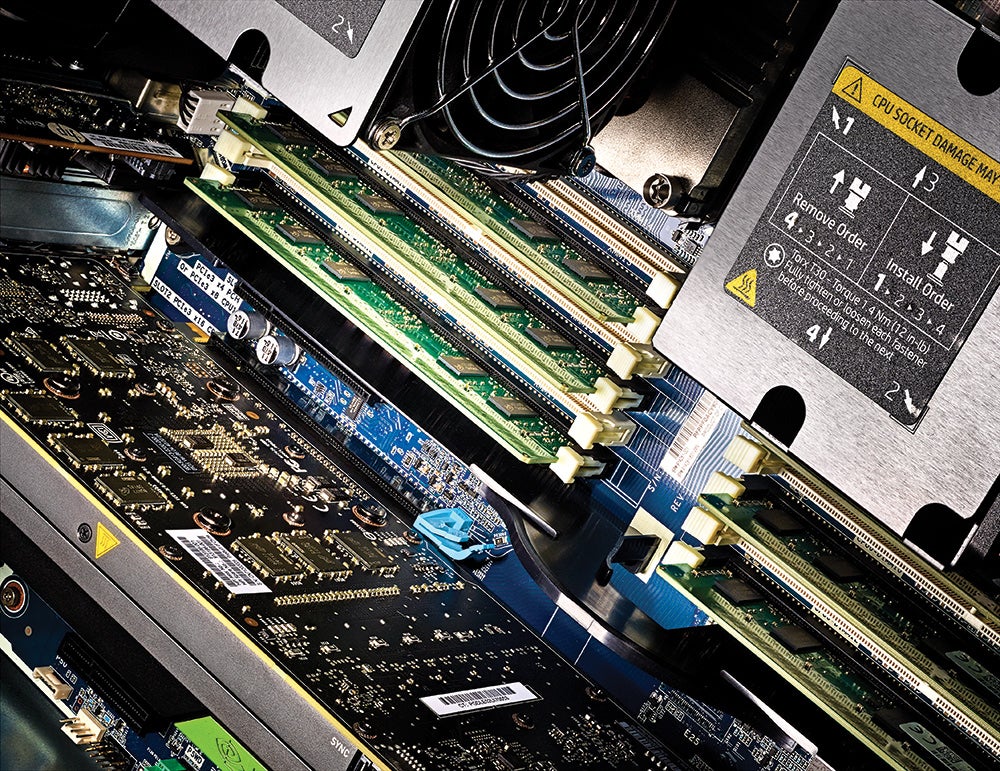 The HP Z8 G4 is about the size of a carry-on bag, but five years ago, a computer of its oomph would have been as large as a steamer trunk. Size isn’t a big deal to Pixar animators, Formula One engineers, and others who use this kind of machine professionally, but it does make the desktop more reasonable for aspiring visual artists and die-hard PC gamers. The spec sheet alone can’t quite convey just how much power is packed into this 18-inch-tall box. Here’s how its maxed-out configuration compares to the machines we interact with every day.

Like cars spreading out across lanes on an interstate, tasks must distribute among processor cores in order to progress simultaneously. More lanes means greater efficiency and faster performance. Two Intel processors have 28 lanes each, amounting to 56 total cores sharing the load.

250 Xbox One X consoles’ worth of onboard memory

Slots for 24 memory boards create room for up to 3 terabytes of RAM, the ­short-term recall essential for keeping many tasks—like rendering a character’s face and all the detailed background action—going at once.

A 1,700-watt power supply, the largest ever in a desktop computer, is ample amperage to run a handful of large household appliances at the same time. Its true mission: keep up with demand from the processors and graphics cards, which guzzle up to 205 and 300 watts, respectively.

833 LTE connections’ worth of transfer speeds

A pair of 10-gigabit-per-second Ethernet ports fling data between the cloud, external servers, and up to 48 terabytes of onboard hard drives. The hookups enable speedy synchronous access to both the Net and external storage.