Using your smartphone is better with a stylus 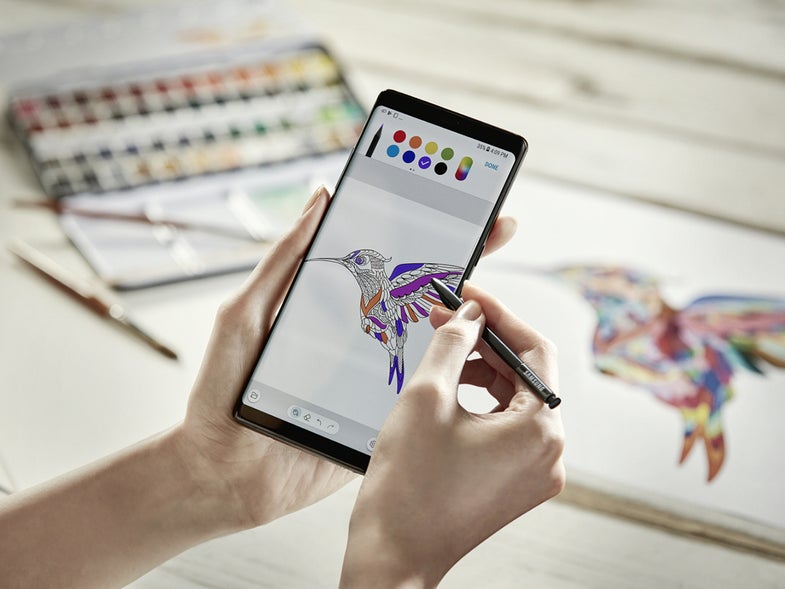 Apple’s Steve Jobs famously disliked the idea of using styluses with smartphones. But there are plenty of reasons to disregard his opinion. For one, your sausage fingers are imprecise and today’s oversized phone screens make one-handed typing difficult, two problems that a stylus solves. Here are a few more reasons you should give the stylus another chance.

Once we make our case, you can pick up a stylus-equipped handset, like a member of Samsung’s Galaxy Note series, or buy a cheap third-party stylus to use with your current device. Most of the latter, such as the LIBERRWAY Universal Touch Screen Capacitive Stylus ($6 for a 10-pack from Amazon) or the Friendly Swede Stylus Pen ($9 for a 3-pack from Amazon), will work with any touchscreen device—but just to be safe, make sure to double-check compatibility before you buy.

A pointy little pen makes all of your screen interactions smoother and more intuitive. Think about signing digital documents, highlighting a phrase within a larger text, selecting a group of files, or jotting down handwritten notes. You can perform these motions with a finger, but you can do them more easily with a stylus. And this makes all of your actions speedier: You should find yourself flying through menus and option screens much more quickly.

In addition, Samsung has added some exclusive stylus functions to the Note 8. For example, you can now draw your own emojis, swipe over a video to create an animated GIF, scribble notes on the lock screen, and translate text on screen, among other abilities.

Plus, there’s a cold-weather bonus: A stylus lets you do all these things without removing your gloves.

Look at your index finger—it’s hardly the most exact of instruments, is it? And yet so much of what we do on a smartphone, whether it’s tapping out a message on the keyboard or selecting a link on a webpage, requires precision.

The stylus’s smaller tip can provide the accuracy you’ve been missing. From selecting blocks of text in an email to aligning a row of matching crystals in a game, a dedicated pointing device will give you an edge. Once you adopt it, you should find yourself typing faster and committing fewer errors, especially if you’re working with a smaller screen where items are harder to hit.

3. Get detailed with art

When it comes to art apps, the experience of drawing with a stylus is far superior to that of scrawling with a finger. You can exert much more control over brush strokes and fine detail—you might even uncover your hidden creative talents.

Try an app like the free Adobe Photoshop Sketch (for Android and iOS), which lets you draw with a variety of brush types and apply a host of effects. Another leading option is Autodesk SketchBook (for Android and iOS), which provides a few more sketching tools, including a ruler and a shape drawer. While unlocking the full SketchBook toolset requires a one-time payment of $5, you can still access plenty of brushes and tools for free.

Beyond drawing, if you edit any photos or videos on your phone, a stylus lets you select pixels with greater precision. This makes it much easier to select exactly the right color or cleanly cut out a background.

Clean smartphones don’t take long to morph into smeared, fingerprint-covered messes. That grime can obscure what you’re trying to view on the screen: Watching movies on your big handset isn’t as much fun when you have to peer at the action through the layer of grit left by your hands. You can avoid this look if you stick to your stylus.

This isn’t only about looks. Almost every smartphone carries a host of germs, but touching it with a stylus instead of your grubby fingers will prevent you from constantly contaminating it with bacteria.

Beyond smudges, your fingers not only smear up the screen, but also obscure what you’re looking at as you interact with your apps. For example, pulling up subtitles on Netflix with your fingers can make you miss a lot of the action as you tap around the screen. A stylus covers far less.

5. Hop around a big screen

While a stylus can give you more accuracy on a smaller screen, it can also help you navigate a bigger screen—particularly if you have smaller hands.

With smartphones continuing to grow in size, and front-facing bezels now shrinking away into nothing, your fingers have to perform all kinds of gymnastics to stretch from one side of the display to the other. But a stylus can reach farther, allowing you to easily type and swipe no matter how small your hands are.

Of course, to operate a large handset, you’ll still need to employ two hands. But when it comes to tasks like scrolling down webpages or tapping icons at opposite ends of the display, a stylus makes life much easier.