Figuring out what kind of storage you need for your phone, drone, or camera can be tricky. 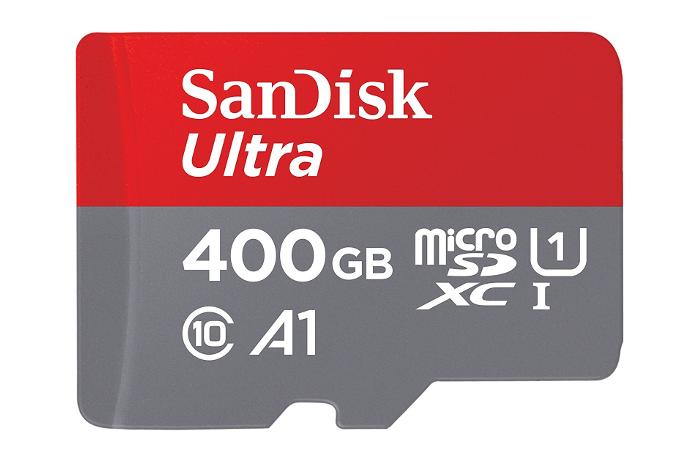 Lots of gadgets, like TVs and cars, have exciting announcement events where companies point out impressive new features and stand-out specs. With memory cards, however, things are rarely that exciting.

Every new card is a tiny little chip covered in a seemingly random collection of letters and numbers. Just last week, Sandisk (which is owned by storage mega-giant, Western Digital) introduced a super-fast version of its 400 GB MicroSD card. There’s a lot of complicated stuff on that card considering that it fits on the face of a dime.

Here are some terms and tips to help you sort through all the jargon that surrounds these little cards that act like buckets for our digital content.

There are a ton of different memory card types out there, from the high-end performance of XQD, to the old-fashioned ruggedness of Compact Flash. For the purpose of this article, however, we’re going to concentrate mostly on Secure Digital (SD) and MicrosSD.

Most current digital cameras rely on SD cards—sometimes two in high-end cameras, so photographers can back up their shots in real time. Smartphones and other devices like GoPro cameras, drones, and the Nintendo Switch however, rely on MicroSD cards, which are considerably smaller—hence the “micro” in the name.

SD vs. SDHC vs. SHXC

It’s unlikely that you’ll want to buy regular SD cards anymore, but you’ll find plenty of SDHC and SDXC cards on the market, which look the same from a hardware standpoint, but have much different capabilities. The key difference is the file system the cards use, and it affects the amount of storage it can hold. SD cards cap out at 2 GB, while SDHC cards can handle between 4GB and 32GB thanks to a file system called FAT 32. SDXC cards use the exFAT file system, which pushes their capacity to a range of 64GB to 2TB.

It’s important to note that not all cameras will support SDXC, especially if they’re a generation or more old, so it’s worth checking before making the jump.

The HC and XC designations apply with MicroSD as well. So, Sandisk’s Extreme 400GB card, for example, is a MicroSDXC, which uses the specific file system that allows for all that capacity.

This one is pretty straightforward: Companies offer a number that represents the total capacity of the memory on the card. The tricky bit, however, is that you won’t get a full 256GB of available storage on a 256GB card. The company needs to include the file system mentioned above, and it takes up some space. The amount of space varies from card to card and between manufacturers, but if you see that you’re missing a little room on your card, don’t freak out.

This is by far the most complex part of figuring out what’s going on inside of those tiny little memory cards. It’s important to know how fast the card can read and write data, especially if you’re doing something demanding like recording 4K video, but the standards and measures can vary depending on the age of the card and the manufacturer.

Read speed is an indicator of how fast you can open something on the card. So, when you pull up a photo off your camera or you try to stream movie data from your memory card to your phone, you have to have enough bandwidth to move those bits.

When you see a number like 1000x or a rate like 150MB/s on a card, that’s referring to the maximum read speed of the card. (The first format is a somewhat outdated and imprecise way of expressing it.) If you test the read speed of a card, you shouldn’t expect to get its maximum speed for long, if at all. That’s the maximum and you’ll need a device that can read that fast to accommodate it. So, if you stick a card that fast in an old card reader you’ve had for years, don’t expect blazing fast transfers just because you have a quick card.

You will often see a Roman numeral on a card, which indicates the speed of the card’s interface in terms of its Ultra-High Speed classification. UHS-2 cards have different pins than non-UHS and UHS-1 cards, with which give it the edge in speed. Cards without a UHS number are limited to 25 MB/s. UHS-I cards go up to 104 MB/s, and UHS-II pushes the limit all the way up to 312 MB/s. There are a lot of variables that contribute to a card’s maximum read speed, including compatibility with the device doing the reading, as well as the speed of the memory itself.

Write speed measures the card’s ability to save data to the memory modules inside the card. It is expressed differently because it addresses different demands. Instead of using max speed, companies indicate the minimum write speed. The difference stems from the fact that if a card’s write speed were to drop too low, even for a short amount of time, it could interrupt a camera’s ability to record video footage to the card. This has become increasingly important as video resolutions and frame rates have climbed in recent years.

The most common method to express write speed used to be a simple class number, which looks like a number inside a circle. That scale stops at 10, which means it has a minimum write speed of 10MB/s. For 4K video, you want at least a class 6.

The current way to indicate write speed with with a UHS speed class rating, which appears as a 1 or 3 inside of a “U” shape. UHS 1 cards maintain a minimum of 10MB/s, while UHS 3 cards promise 30MB/s.

There’s another, relatively new classification as well, called Video Speed Class, which is represented by a “V” before a numeral that represents its transfer speed in MB/s. So, a V10 card has a 10MB/s minimum write speed, just like a Class 10 card, or a UHS 1 Speed Class card. There’s a lot of redundancy.

The Video Speed Scale goes all the way up to V90, which gives a 90MB/s write speed and goes beyond what you need for 4K video and into 8K recording territory.

So, what do you actually need?

Cards with a Class 10, U1, or V10 rating (all of which promise a 10MB/s write speed) will be just fine if you plan on recording 1080p HD video or shooting photos with most cameras. If you’re going to shoot 4K video, it’s worth it to move up to a U3, or V30 rated card to get the 30 MB/s write speeds.

And while you’re buying memory cards, it’s conventional wisdom in the photography world to buy a few smaller cards and rotate them rather than carrying all your footage and photos in a single digital basket. After all, memory cards can break or corrupt, and losing some of your shots is always better than losing all of them.