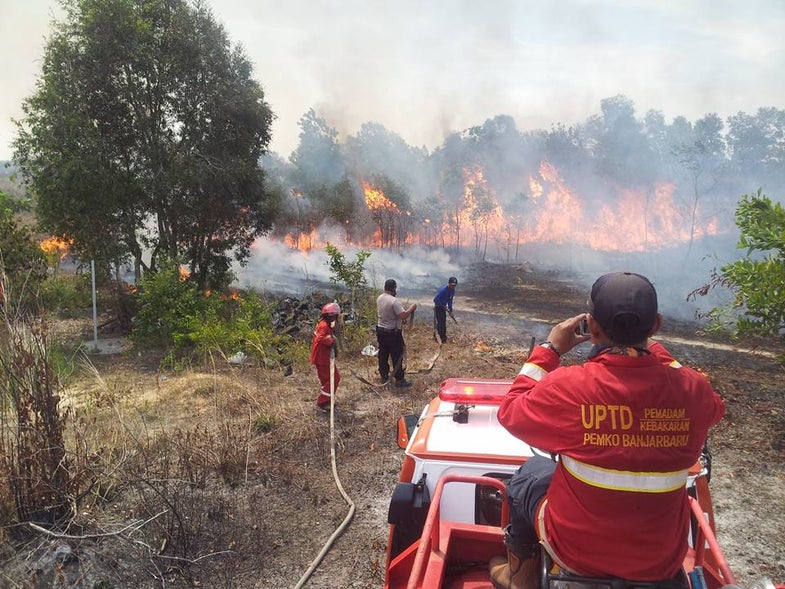 For months, fires have been raging throughout much of Indonesia. They started because of the practice of slash and burn agriculture, which local farmers view as necessary to keep up the lucrative palm oil industry, but they haven’t stopped. Now they’re blanketing the skies of much of Southeast Asia, grounding flights, closing schools, threatening endangered species, and sickening inhabitants. One expert has called the environmental and public health crisis “a crime against humanity,” as The Guardian reports.

Palm oil is a $44 billion industry and is found in products such as lipstick, chocolate, and packaged bread. To make it, farmers plant millions of acres of palm trees, then collect their fruit for processing into oil. But before they can plant those trees, they have to clear the land, which they often do by burning. Often, the fires rage out of control because the land is too dry, thanks in part to water tables lowered from over-irrigation of other nearby farms, according to a separate Guardian piece.

As a result of over farming, large-scale fires have been plaguing the archipelago nation since the late 1990s. But this year it’s particularly bad—a powerful El Nino effect and longer dry season has turned the island into a veritable tinderbox. 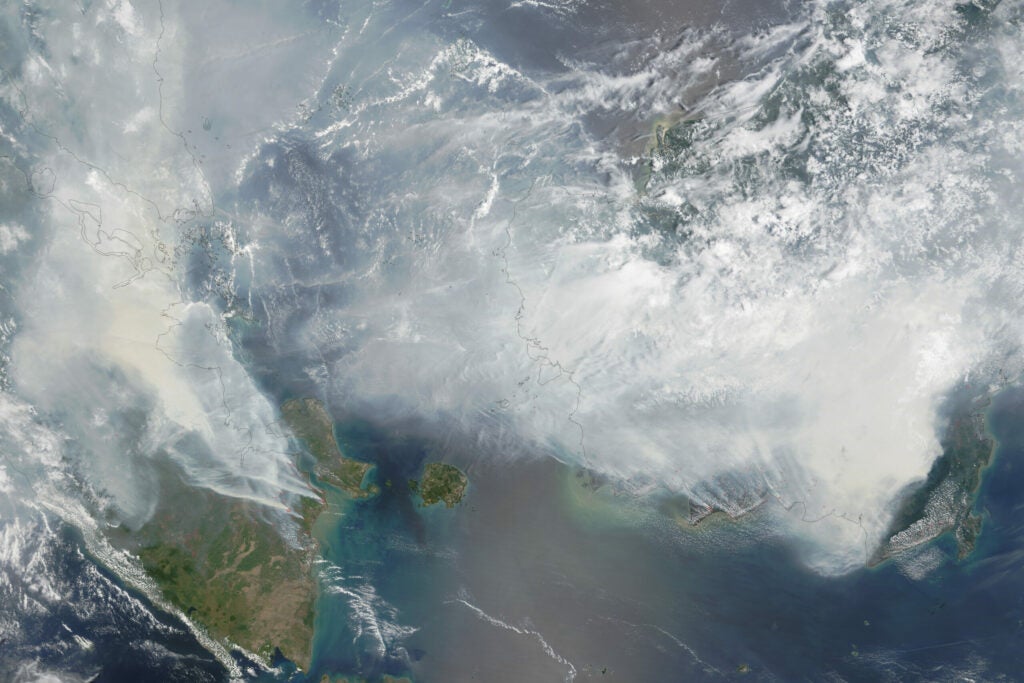 A satellite image taken in September of the smoke covering much of Indonesia and its neighbors.

The air quality is so bad—on Sumatra, for example, the Pollutant Standard Index (PSI) is nearly seven times higher than the level often considered toxic—that 10 people have died from breathing the toxic air, and 500,000 people have been diagnosed with acute respiratory tract infections since July 1. Public health officials assume that number is much higher throughout the country and in neighboring Malaysia and Singapore, where the smoke has also created a milky haze. If people are exposed to smoke over long periods, it can have serious health effects such as cancer, lung disease, and heart problems.

Six of Indonesia’s provinces have declared a state of emergency; the government has deployed thousands of troops to fight the fires, and many nearby countries have sent aid. But many environmentalists claim that these efforts are merely a short-term solution to Indonesia’s growing problem. One non-profit called for a special government agency to facilitate collaboration in farming communities to ensure fires don’t break out; some academics say that more data is needed to know what is actually causing the fires. Environmentalist groups have called for a complete ban on all fires.

Many citizens, as well as the international environmental and public health communities, are hoping that officials will address the issue at the United Nations Climate Change Summit, which will be held in Paris this December. In the meantime, people living in Indonesia and neighboring countries will have to try to mitigate the health risks of the toxic smoke as they go about their daily lives. 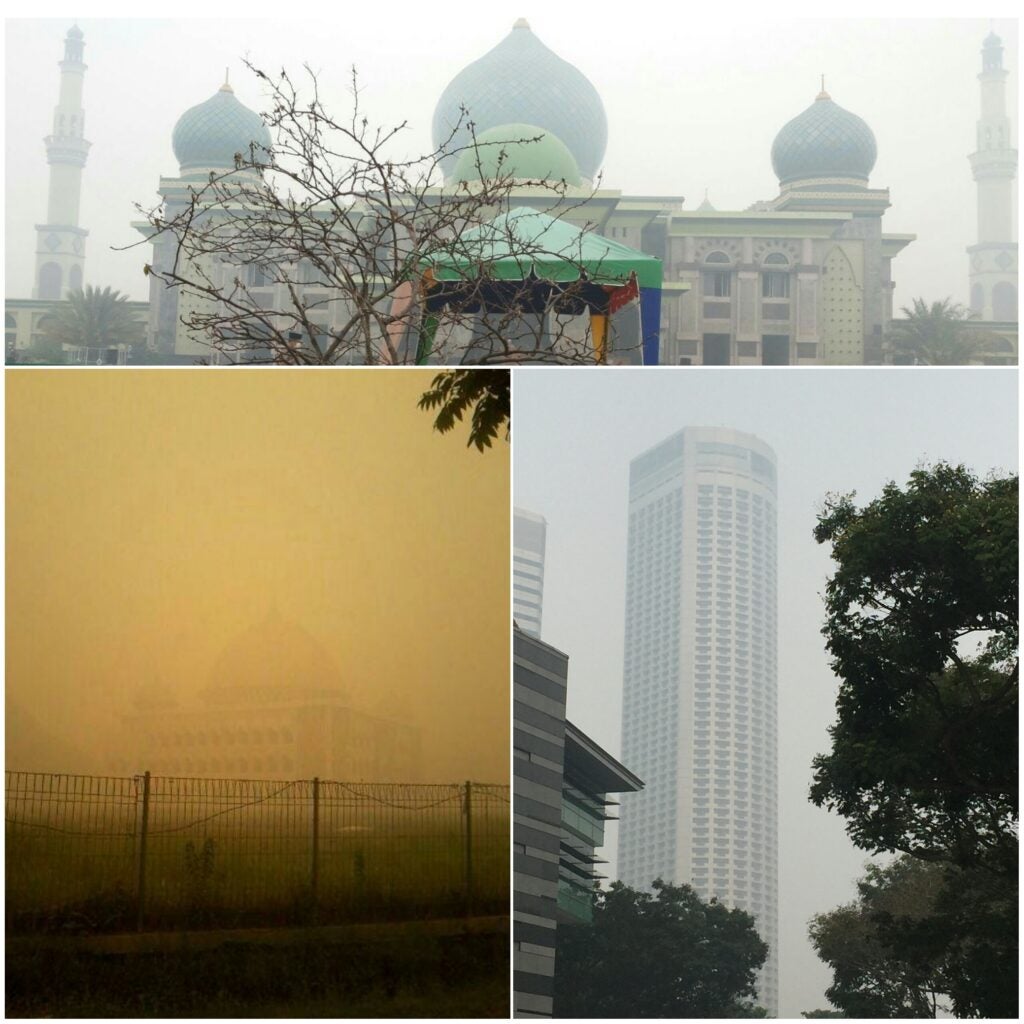 Several examples of hazy skies in Sumatra, Borneo, and Singapore