With the right recipes, seaweed can feed the world 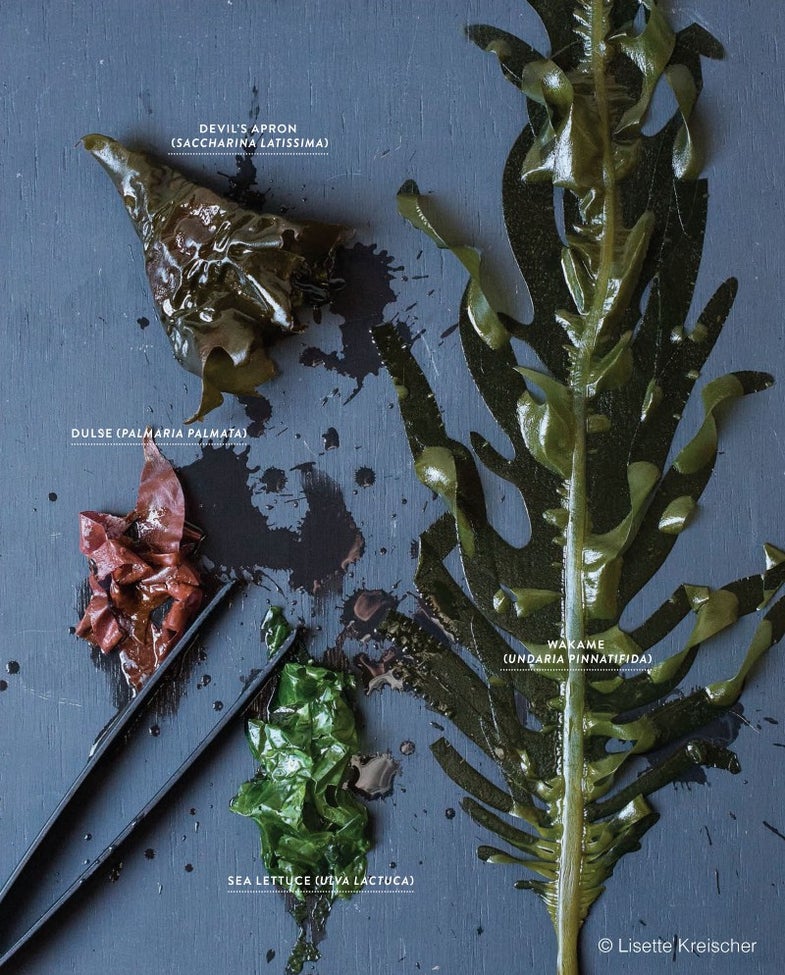 Seaweed is an acquired taste. However, rich in nutrients and cheap to produce, it could replace carbon-intensive foods on menus everywhere.

With that in mind, Lisette Kreischer and Marcel Schuttelaar wrote Ocean Greens, a guide to cooking with seaweed. Kreischer shared her insights on seaweed with Nexus Media, along with two of her best recipes.

What are the advantages to harvesting vegetables like seaweed from the oceans?

This little green plant can save our planet. It’s a high quality source of protein, its cultivation doesn’t take up agricultural land, and it hardly uses any fresh water. However, as the seaweed market grows, we don’t want to make the overconsumption mistakes of the past, mistakes that have caused so much destruction to our planet and harmed creatures great and small. Eating a plant-based diet can make meals so much more pleasurable, not only for people, but also, of course, for animals. Change is always in our power, and now is the time to change our choices about the way we eat and produce our food.

With Ocean Greens, we emphasize sustainable production of seaweed. Companies like Zeewaar and The North Sea Farm Foundation in The Netherlands are showing us beautiful examples of a holistic way of producing food while respecting nature. This is what my collaborators and I also propose with The Dutch Weed Burger, a vegan burger alternative. The plant-based diet has been proven very efficient when it comes to the use of precious water and agricultural land — and it produces lower CO2 emissions and has the potential to feed everybody. As the climate continues to change, as oceans warm and acidity changes, this will have a huge impact on all life that depends on the sea. We’re not going to find another planet to eat off of.

Seaweed and sea vegetables are a big part of some cultures’ diets — but not in the United States. What’s the key to getting Americans excited to eat these particular greens?

It’s just such an adventurous new kid on the food block and it can make your taste buds rock!

As the environment changes and we’re faced with new challenges like the growing population and rising temperatures, we have a responsibility to look at food differently from how we have the last 60 or so years. Food production has just cost too much on so many levels, and because of the conditions animals endure, this is a painful subject we all have to eventually face. With such challenges, we have to start making different choices now for food production and choice. We have to start looking at nature, to work with her instead of against her.

Fortunately, there are delicious options available. Seaweed can play a big role in that transition. As a new commodity crop, it’s produced in an environmentally friendly and sustainable way. That is why we wrote Ocean Greens.

What inspired you to cook with ocean greens?

I became fascinated and intrigued with food when I was ten years old. At about that time, I developed a conscious mind, and noticed how food impacts everything — starting with the animal that used to be on my plate every night.

But it didn’t stop there. Not long after, I took a closer look at everything I ate. I had to know what was hidden behind my daily food intake: what was in it, how it was made, where it came from. The more I learned about the background story of my food, the more I felt the need to change. The fact that a living animal lived — and died — solely to feed me did not feel right. As a result, I quit eating animal-based products. Soon afterwards, I discovered the diversity and variety within the plant kingdom. I got excited about plants, nuts, grains and legumes. Not only did I enjoy the taste, I also liked the way it made me feel: healthy.

I refocused those positive feelings and developed a sense of passion, excitement, and joy for food, which I had not felt before. I started to bake pies without eggs, French stew without meat — but with lots of wine — and tuna salad without tuna. Cozy and Burgundian, I relished it!

After that transition, people were constantly asking me, “So… What do you actually eat?” The simple answer is I fell in love with this wonderful, colorful, diverse, plant-based kitchen. It helped me learn about my body and strengthened my immune system, and it enriched my taste buds. The extensive variety of herbs, greens, nuts, grains, fruits and super foods gave my creativity an amazing boost. But there was something missing. I noticed that however great my story about the vegan kitchen was, people appeared to be so afraid of it. Afraid to not get enough protein, afraid to change what they have been doing for so long. Afraid to lose something.

The answer was seaweed, and my connection with Roos Rutjes. He and I found each other through our mutual love for sustainability and the plant-based kitchen. In 2006, we were both studying at the Styling-Academy in Amsterdam, and our partnership blossomed into an eco-fabulous lifestyle agency, Veggie in Pumps, with the motto: “Enjoying in style with respect for people, animals and nature.” To this day, this is still our guide.

Inspired by a beautiful and impressive lecture from ocean protector Dos Winkel, we began a mission to make the plant-based kitchen — and seaweed — more appealing to the masses. Winkel’s message was that the ocean is dying. The beautiful closed-loop system that supports our lives is falling apart, and he called on us to stop eating fish and discover plant foods from the ocean. It was a real lightbulb moment. The plant-based kitchen, enhanced with seaweed, could be an answer to big global challenges and create a way of more equally dividing food resources. And, such a kitchen is very effective in using natural sources, cuts out a lot of animal suffering — hopefully all of it — and provides tremendous support to the human body, especially the protein, iron and calcium from seaweed.

We were both using seaweed more and eating a lot of Dutch Weed Burgers of course, so we felt it was time to take it up another level. After a lot of experimentation in the kitchen and taste tests with seaweed, we knew that we had to make a cookbook filled with delicious recipes that would subtly introduce readers to unique kinds of algae and seaweeds. In a powerful meeting with Marcel Schuttelaar and Koen van Swam of the North Sea Farm, we developed a way to combine our vision with scientific knowledge from their side, and I got to pull together my first book of food photography: Ocean Greens was born.