What’s stranger than bees telling time? How we learned that they can.

A bee science saga—and other fun facts from The Weirdest Thing I Learned This Week. 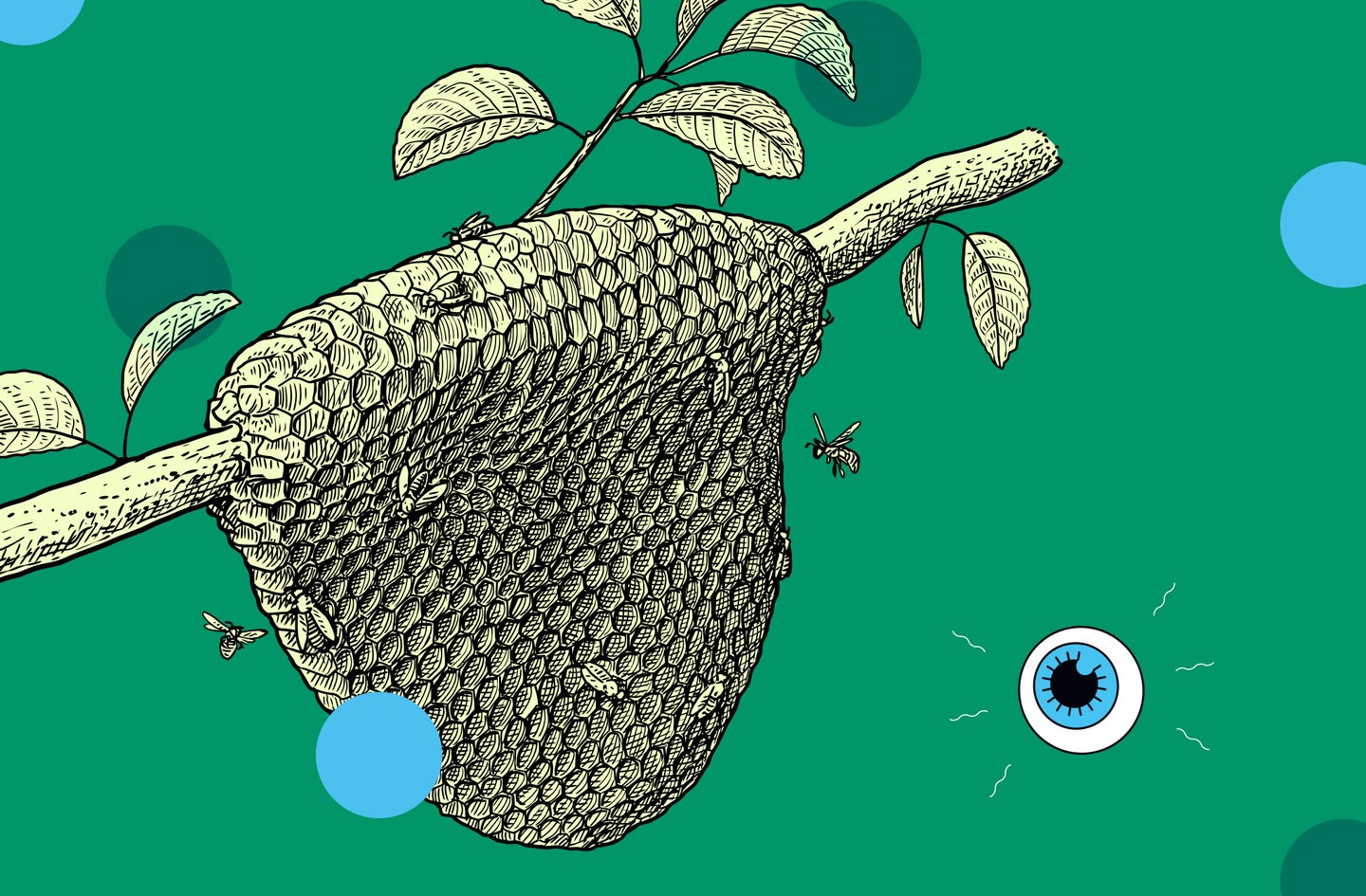 What time is it? The bees know. The bees always know.
SHARE

FACT: Bees can get jet lag (and probably know everything)

If you’ve seen the viral TikTok video about how bees perceive time, my apologies in advance—you’ll already know a lot of the information I dive into on this episode. If you haven’t, boy oh boy do I have a story for you.

You might think that it’s obvious that any animal, not just bees, experiences the passage of time. But that’s mainly because, well, we can’t really imagine what it would be like to not perceive time. Scientists don’t care, though. Just because we have trouble imagining it doesn’t mean it’s not true, and by default we assume that less complex animals—like bees—don’t perceive time. Which is how some biologists ended up flying a nest of bees across the Atlantic Ocean, and then again across the US.

You’ll have to tune in to the episode to hear the full story, as well as to find out what bees and humans have in common, time perception-wise. And as a special bonus, you’ll also get to hear about the UK’s truly bizarre beekeeping laws.

FACT: Steam trains were once cutting-edge getaway vehicles for criminals—but the telegraph stopped them in their tracks

Around six or seven in the evening on January 1, 1845, Sarah Hart’s neighbor heard sounds of groaning and distress from her Salt Hill cottage—and saw a man known to be a frequent visitor leave the house. When the neighbor went in to check on her, she found Sarah almost unconscious and foaming at the mouth, and Hart soon died. It seemed clear she’d been murdered. But when locals rushed off to catch the man who’d last seen her alive, they just managed to see him boarding the train back to London. None of them knew his real name, and could only vaguely describe him—so unless they somehow beat the train to the city to alert the constable there, all hope of catching the culprit was lost.

Luckily the Slough station was equipped with the absolute cutting edge of technology: a brand new telegraph machine.

Listen to this week’s episode to hear about how John Tawell—a man “in the garb of a kwaker with a great coat—became the first criminal caught thanks to electronic communication.

This is generally considered one of the first murders involving hydrogen cyanide, which had only been discovered in 1782 by Carl Wilhelm Scheele; it’s also sometimes said to be the first known instance of a murderer using a steam train as a getaway vehicle. But it is definitely, absolutely the first case of a criminal being caught thanks to a telegraph—and electronic communications in general—and the media sensation no doubt contributed to the technology’s adoption around the world. Tune in to hear the whole sordid tale.

Widely remembered as one of the fathers of modern science and credited with foundational discoveries in gravity, calculous, motion, light (and even the invention of a new type of telescope), Isaac Newton is considered one of the greatest minds in history with good reason. He also tried to use the power of God and Magic to turn base metal into gold.

Alchemy remains one of most fascinating fields of study ever devised, a mixture of actual chemical experimentation and religious mysticism tied up in so much secrecy and possible charlatanism that it’s impossible to truly say exactly what any of it meant. It remains a compelling example of how the modern division between scientific enquiry and religious or spiritual exploration was not always the case.