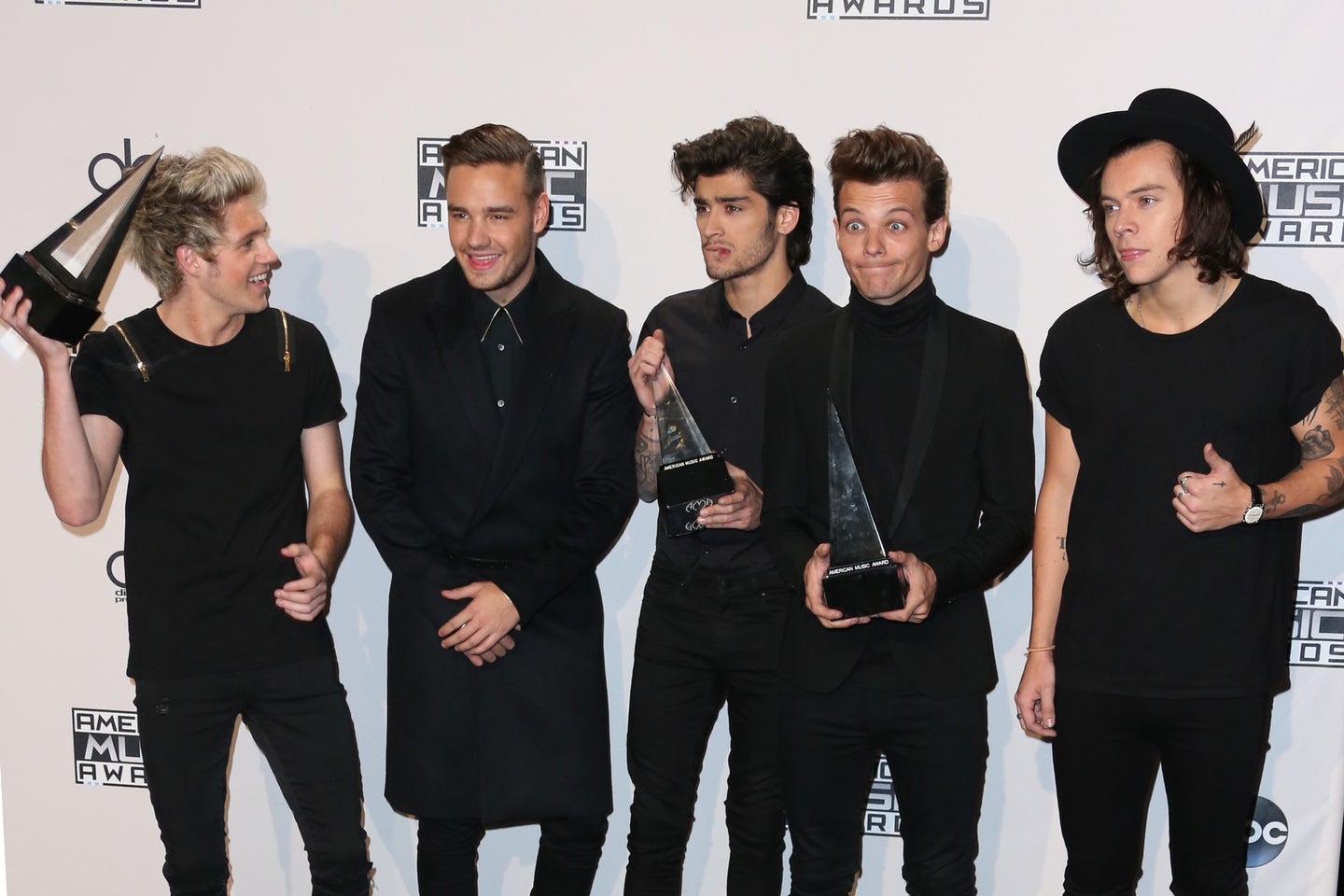 One Direction has some nipples to spare. DepositPhoto
SHARE

This week’s episode is extra special: It’s the first half of our latest live show, which happened on October 31 at Caveat in NYC. As mentioned at the top of this week’s episode, you may hear hosts or audience members shouting “drink!” This is because we were playing a drinking game, which you’re welcome to recreate on your own time (assuming you’re of legal age and not driving while you listen). Check the bottom of this post for rules. And if you want to see us live in your city, help us out by completing this quick listener survey!

Witch season hit its peak back in the mid-17th century. Thousands of people were accused of witchcraft, many of whom were exiled, drowned, stoned, or burned at the stake. Plenty of people in power used this extreme state of paranoia to oust unwanted people from their communities by flagging them as witches. To do so, they hired witch finders like Matthew Hopkins.

Hopkins, previously an unsuccessful lawyer, made a decent chunk of change this way—so much so that he bestowed the title “witch-finder general” upon himself. He’d use pretty much any physical anomaly he could find to diagnose someone as a witch, including something he called the witches’ teat. This, he argued, was where witches’ imps or familiars would come to suckle and gain power. As studies in medical journals later noted, these teats were often just dermatological quirks like moles—or extra nipples.

By some estimates, one in 200,000 people are born in the United States with an extra (or “supernumerary”) nipple. There are even six different classes of extra nipples, and they can take the form of an entire breast growing out of your leg, or a modest nipple on the bottom of your foot. Tune in to this week’s episode to hear more about the dastardly witch-finder general, how extra nipples form, and a short list of celebs with extra nipples! (Harry Styles has two!)

Madame Tussauds was actually a person, and a bada** one at that. She was born Anna Maria “Marie” Grosholtz in 1760. Marie started training in wax modeling when she was very young; she took her first cast—of the dying writer Voltaire—at age 17. But the French Revolution changed her life forever. Upon being released from prison (she herself was almost executed as a royalist sympathizer!), Marie saw an opportunity to make wax casts of dead royals, including Marie Antoinette. In this special live episode of Weirdest Thing, I talk about how, in this time of bloodshed and political upheaval, the international entertainment brand Madame Tussauds was born. (Featuring a special guest appearance by Beyonce.)

Most people know Mary Shelley wrote “Frankenstein,” but I for one had some misconceptions about her. I’d been taught in school that she wrote that seminal classic as a horror story about technology, because she didn’t trust science and all its flashy modern gizmos. THIS IS ALL A LIE. World, meet the real Mary Shelley: The nerdy goth girlfriend we never even knew we had.

Essentially raised by an absentee anarchist, a pile of feminist philosophy books, and a tombstone (not kidding), Mary Godwin shocked even her liberal father’s sensibilities when she ran off with a married father-of-one named Percy Shelley. They were still unmarried when they took a summer vacation to Geneva with their young son, Godwin’s step-sister Claire, and Claire’s on-again-off-again squeeze Lord Byron (also present was John Polidori, Byron’s personal physician, who was presumably there to monitor his totally bizarre diet). But this was no ordinary summer vacay: It was 1816, widely known as the “year without a summer” due to atmospheric disturbances caused by the eruption of Mount Tamboro in Indonesia, and the spooky, gloomy vibe was just perfect for writing ghost stories. That’s where Mary Godwin (soon to become Mary Shelley) wrote her masterpiece.

In our most recent live show, I dug deep into the weird and angsty childhood that created Mary Shelley’s unique sensibilities as a writer. Check out the podcast for more info on a writer who was ahead of her time in more ways than one (and who definitely kept what she thought was her late husband’s heart in a drawer for years).

If you like The Weirdest Thing I Learned This Week, please subscribe, rate, and review us on Apple Podcasts (yes, even if you don’t listen to us on Apple—it really does help other weirdos find the show, because of algorithms and stuff). You can also join in the weirdness in our Facebook group and bedeck yourself in weirdo merchandise from our Threadless shop. And if you want to see us live in your city, help us out by completing this quick listener survey!