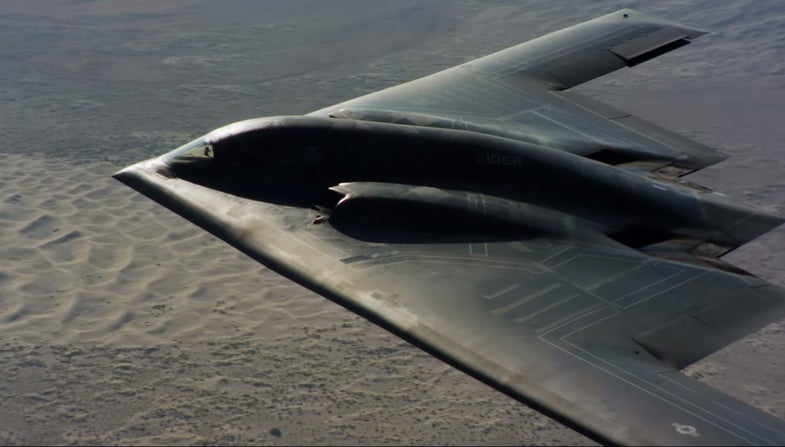 Chinese researchers have developed a new aircraft skin that makes planes even harder to see on radar. Published this week, the technique makes a plane skin that can adapt to different radar frequencies and react to them, the radio wave equivalent of chameleon skin.

Current airplanes (and, weirdly, some wind turbines) hide their appearance from radar two ways: weird body geometry that reflects radio waves away from their receivers, and materials that absorb the waves, turning them into heat instead of reflecting them back. Seen primarily on modern aircraft like the B-2 Spirit bomber, the F-22 and F-35 fighters, and the experimental unmanned combat drone X-47B, the technology is used by the Pentagon to protect nuclear bombers, spyplanes, and the entire next generation of fighters. But, even after billions and billions of dollars spent on it, it has weaknesses, and one of those is ultra-high-frequency (UHF) radar, which can pick up traces of the plane that other radar misses.

The paper, “An ultra-thin broadband active frequency selective surface absorber for ultrahigh-frequency applications,” published this week in the Journal of Applied Physics, details a material just 5/16 of an inch thick that can safeguard stealth planes against UFH detection. The material tunes itself to a range of detection frequencies, protecting against a large swath of radar scans.

So why publish the information? There are a few possibilities. Sharing the research lowers a major obstacle for other countries that may want to build their own stealth fighters. Alternatively, by publishing the research, China makes it easier for anyone trying to break stealth protection like this, as they have the technique available publicly to dissect. One of the best ways to find flaws in defenses is get a lot of eyes looking for weaknesses.