The Wright Brothers’ First Flight, As Covered By ‘Popular Science’ 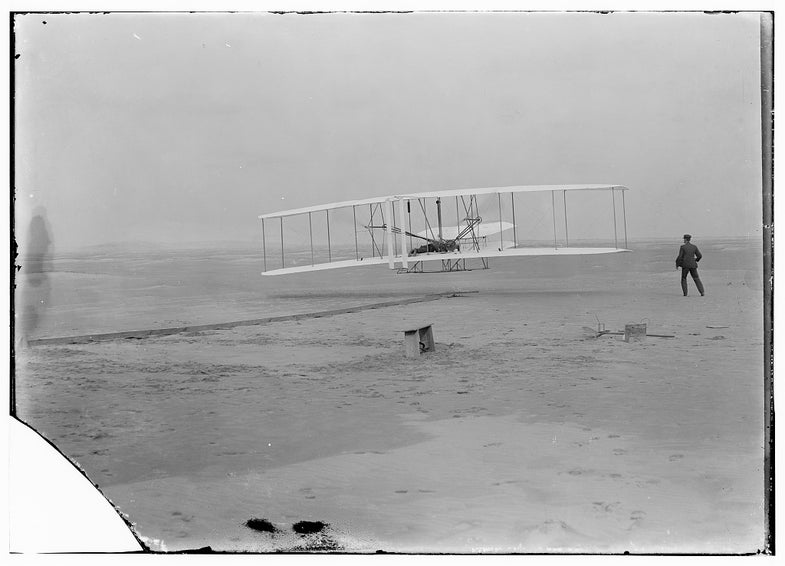 It’s easy to forget, as America faces the arrival of unmanned delivery drones and drone regulations, that not too long ago, the biggest technological feat in aviation was getting machines that could fly with people in them. But today’s the perfect day to recall that fact, because Thursday, December 17, 1903, was the date upon which the Wright brothers (Orville and Wilbur) achieved the historic, first controlled, powered flight in recorded history — across a remote beach in Kitty Hawk, North Carolina.

The two bicycle-shop owning siblings achieved a total of four flights in their glider aircraft, the Flyer, and that against 21-mile-per-hour winds, according to a telegram the brothers sent, that was quoted again today by the Federal Aviation Administration.

The actual first flight took place at 10:35 a.m. local time and lasted just 12 seconds and traveled 120 feet, according to the Library of Congress. The longest of these flights lasted 57 seconds, according to the Wrights’ telegram. But the brief time in the air with a craft that is almost laughably simple by modern standards enough to launch the entire era of aviation and aerospace that has unfolded since.

It’s no stretch to say the entire modern world has reaped the benefits—as well as the drawbacks and dangers—of Orville and Wilbur Wright’s first test flights.

And Popular Science, founded in 1872, was around to report on it all, including the many failed attempts in the ramp-up to the first successful human-piloted flight, the flight itself, and the many advances that have followed.

Check out our brief coverage of the first flight below, published in the March, 1904, edition of what was then called Popular Science Monthly. It was written by none-other than Octave Chanute, a Paris-born American engineer who was an influential figure in the early days of aviation, and whose work reportedly inspired the Wright brothers. 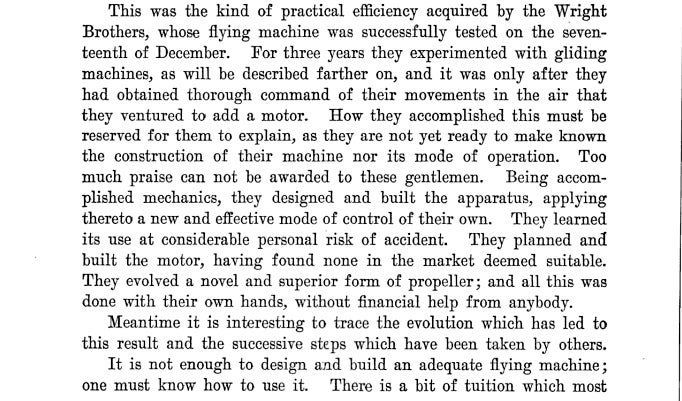 With reporting by Katie Peek.