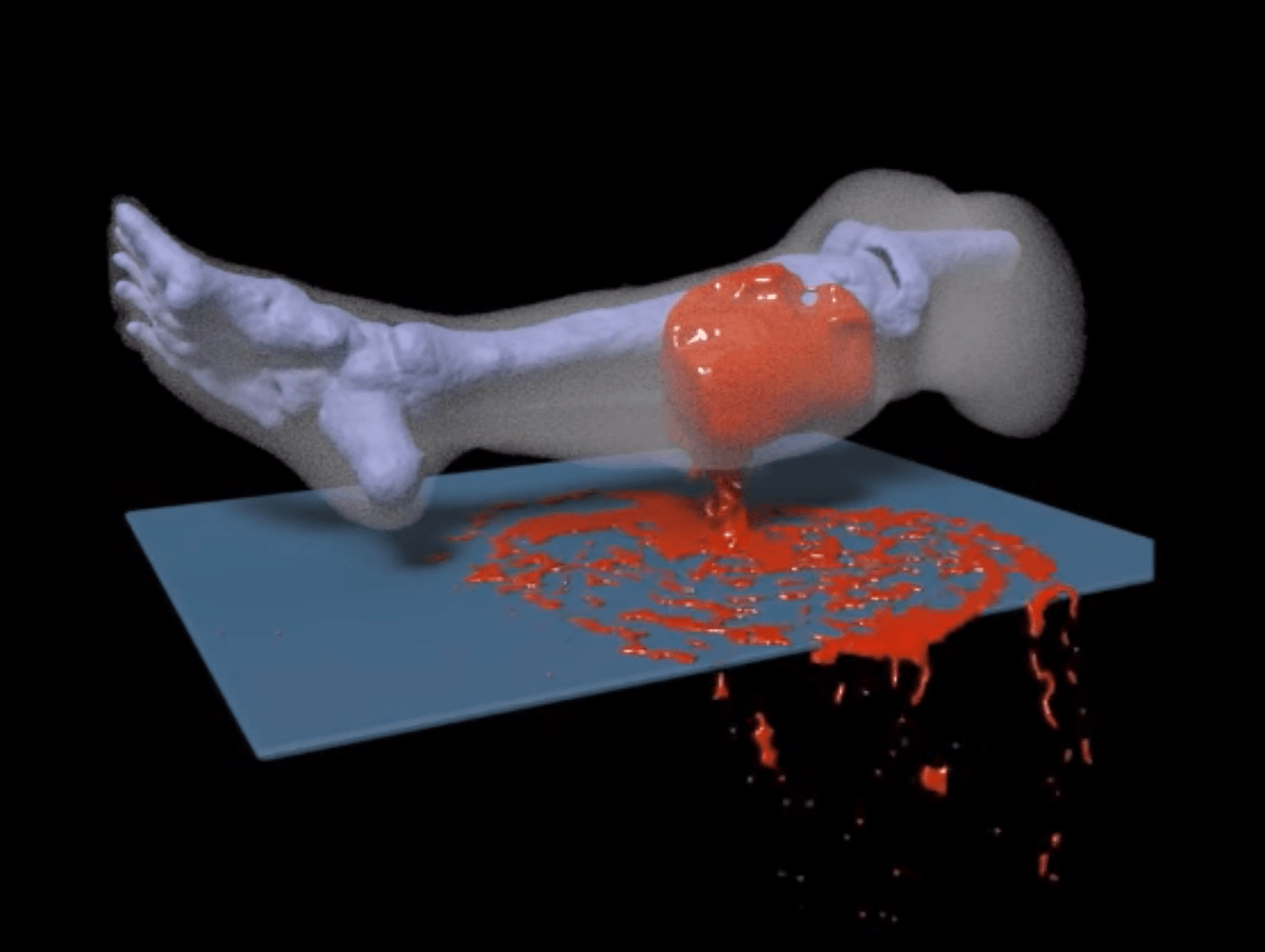 In the movies, the leg is arguably the best place to be shot; bad guys hardly seem to react to the injuries. But in reality, leg wounds can result in amputated limbs or even death, if a piece of shrapnel or a bullet ruptures particular veins or arteries. Now scientists have precisely modeled the fluid dynamics of a gunshot wound to the leg, in order to better staunch the bleeding in emergency situations. The researchers presented their work last week at the conference of the American Physics Society, as the New Scientist reports.

Though other researchers have modeled the fluid dynamics of blood and looked at the effects of gunshot and shrapnel wounds to various parts of the body, this is the first time this modeling has been done for the legs, which are a very common site of injury, not only from gunshots, but also from mines and IEDs. To create the simulation, the researchers created scans of different layers of the leg: the hard bone, the soft tissue (containing muscle and blood vessels), and the skin encapsulating it all. Working with pre-determined rates of blood flow from specific arteries and veins, they then used a well-known model of fluid dynamics to simulate how much blood would exit the body, should the bullet pass through certain parts of the leg.

The researchers hope to use these simulations for real-time training exercises for combat medics. That would allow the doctors to immediately test different methods of staunching the bleeding from wounds in order to perform better in real-life battlefield scenarios.

The models are certainly an improvement on the current training method, which requires doctors to work on animals. But the models aren’t perfect—they don’t take into account things like broken bones or multiple wounds on the same limb.

As the models become more sophisticated, however, they may be able to incorporate more variables. But for now, the researchers are satisfied that their work has brought them one step closer to eradicating the animal models. “We’re genuinely hopeful that our simulations will enhance the educational experience for medical trainees,” Jeff Eldredge, the director of the Simulations of Flow Physics and Acoustic laboratory at the University of California Los Angeles who led the research, told New Scientist. “But I’m really pleased just to get visceral reactions from my kids. That probably makes me a horrible father.”