Take it from a former park ranger: No one is going rogue 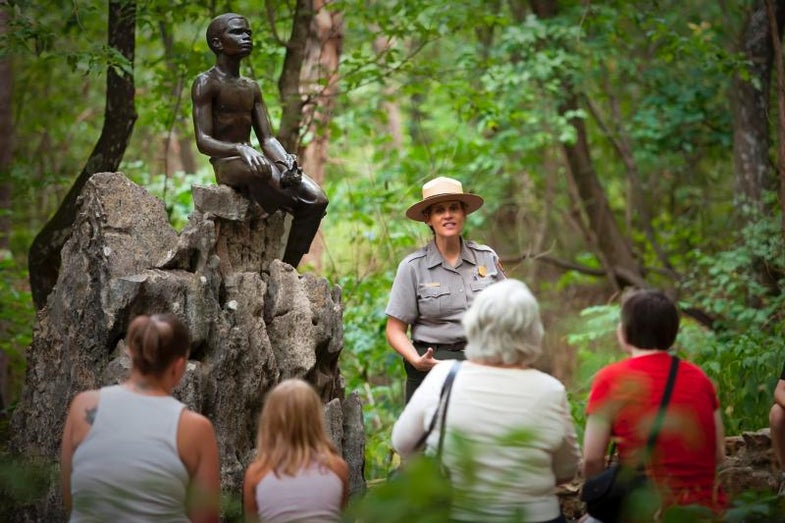 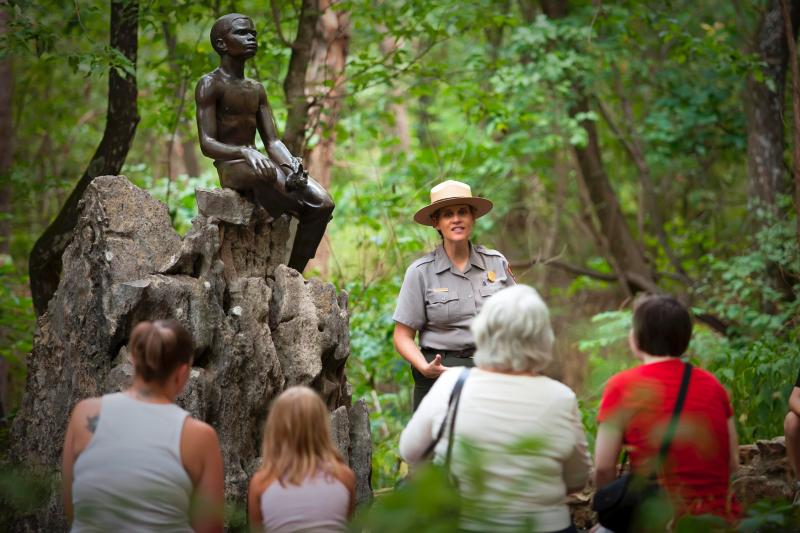 Park rangers often explain the natural world to people—sometimes around campfires, and sometimes on Twitter. I know because I was one.

As a ranger, it wasn’t my job to tell tall tales to the American taxpayer. The National Park service offers the public only deeply-vetted facts. At Katmai National Park, in subarctic Alaska, I introduced visitors to the largest volcanic eruption to occur on Earth in over a century. Atop the 10,000 foot summit of Haleakala National Park, I showed visitors silverswords—profoundly silver-colored plants that grow nowhere else on Earth. And hundreds of feet below the ground, at Carlsbad Caverns National Park, I revealed how the cave’s giant stalactites and stalagmites preserve a precise record of North America’s climatic past.

But when Badlands National Park sent four climate change-related tweets into the internet universe, its behavior was widely labeled as “rogue.” A captivating angle, to be sure, but it would have been more accurate to call this behavior “normal.” Park rangers have written and spoken about natural phenomena like bears, forests, volcanoes, and climate for decades. In this case, the park claims that a former employee hijacked the account and disseminated climate facts. If true, it’s fortunate for the park that this mischievous operative simply tweeted uncomplicated, sensible science.

Soon after the tweets were posted, Badlands National Park deleted them—perhaps fearing repercussions, given that the government had temporarily banned the National Park Service from tweeting for an unrelated incident earlier that week. But to scientists—and, I’d wager, most park rangers—the idea that the tweets were somehow inappropriate is baffling.

“Questioning this science is comparable to questioning gravity,” says Jason Briner, a glacial geologist who visits and studies the Arctic each summer.

On January 11, the park encouraged the public to “Learn more about #climatechange in the Midwest. #ParkScience.” And on January 9, the park posted “In the last 100 years, the Earth’s surface temps have risen an average 1.33°F. More than 20% of this change been since 1996. #Climate.”

But then came the post-inauguration climate tweets.

This tweet would cause few, if any, scientists to raise an eyebrow. The precise carbon dioxide concentrations in the atmosphere over the past hundreds of thousands of years are not controversial. (The record actually goes back to 800,000 years ago). This ancient air is preserved in Earth’s oldest ice, found in the Antarctic highlands, and it’s pretty simple to study it.

“It’s the easiest thing one can do. There’s no room for interpretation. It’s a direct observation of what greenhouse gas concentrations used to be,” says Briner.

When snow collects on the ground, there’s a lot of air between the flakes. Eventually—with the help of the kinds of cold temperatures easily achieved in Antarctica—this snow gets buried under more snow and is compressed into ice. Here, pockets of air get sealed off in bubbles, explains Briner.

This process is so straightforward that “anyone who has a freezer has unintentionally done the same thing nature has,” says David Black, who studies paleoclimatology at Stony Brook University. If you made ice yesterday, you have a record of Earth’s atmospheric conditions from one day ago—congratulations. By extracting deep cores of Earth’s oldest ice, scientists have made a record of Earth’s climate from hundreds of thousands of years ago.

When scientists remove the gas from the ice, they’re especially careful to avoid contaminating ancient Earth air with today’s air. After placing the ice in a container, a strong vacuum sucks out all the atmosphere, explains Black. Then it is flooded with helium and vacuumed again. Inside, there is “no air—just ice,” says Black. When the ice is melted, it releases exclusively old air, providing a precise sample of primordial carbon dioxide.

As one might expect, this same process has also trapped more recent air into the ice—like that from around 150 years ago, during the dawn of the Industrial Revolution. Analysis reveals that the air from this period contained significantly less carbon dioxide than air today. As it should: automobiles, which spew carbon dioxide into the air, wouldn’t exist for 50 more years, and coal-powered plants were just beginning to widely emit the potent greenhouse gas into the atmosphere.

These factual messages are consistent with the climate change messaging already promoted by the agency: It has a climate change webpage and climate-specific twitter account.

When it comes down to it, the Park Service and its rangers aren’t in the business of sharing myths. Park rangers preserve local and cultural histories, safeguard lands, and explain what we know about the evolving world. The tweet stating December 2016’s carbon dioxide part-per-million concentration isn’t a whimsical, partisan notion, spun to promote some esoteric park ranger agenda. It’s a measurable fact obtained by simple, careful observation. But with signs that climate-related science is set to be stifled in the current administration and reports that government environmental scientists may be kept from sharing all of their work with the public, individuals tasked with defending the land may find themselves “going rogue” by doing the jobs they’ve done for years.

So don’t be surprised by the secretive Twitter accounts blasting out data. The facts of our nation’s climate cannot be considered partisan.

“There’s an overwhelming amount of scientific data on climate change,” says Briner. “They are real facts, not alternative facts.”