Warm winters are no good for reindeer 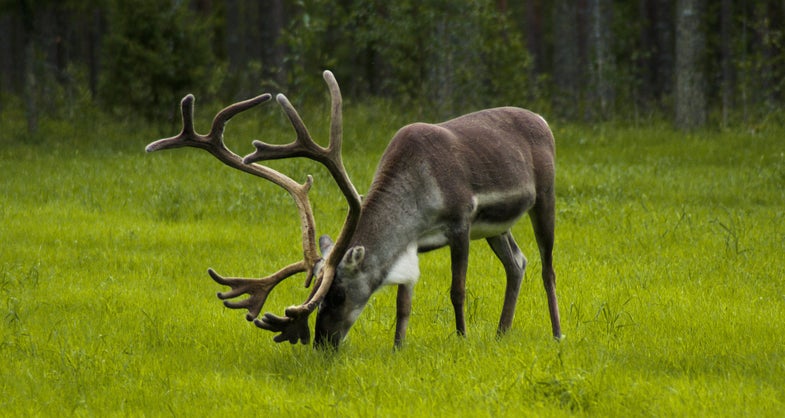 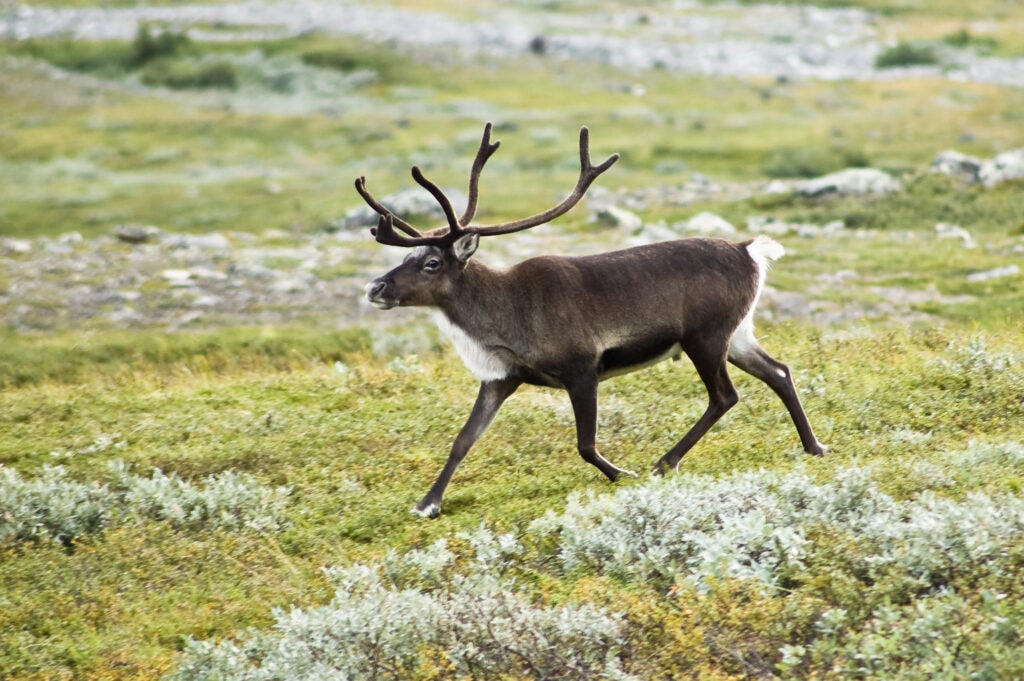 A lack of food due to global warming could be causing reindeer to shrink, according to new research. The weight of the average adult reindeer in Svalbard, an archipelago in the Norwegian Arctic, has gone down by 12 percent in the last 16 years.

“Twelve percent may not sound very much, but given how important body weight is to reproduction and survival, it’s potentially huge,” Steve Albon of the James Hutton Institute in Scotland told the AFP. Hutton and his colleagues presented their findings this week at a meeting of the British Ecological Society.

The researchers say this shrinkage has reached a critical point. At their current sizes, female reindeer are likely to produce smaller offspring—if they can reproduce at all. Loss of pregnancy becomes much more common at this small size.

One potential source of the problem isn’t hard to pinpoint: Temperatures in the Arctic have risen by about five degrees Fahrenheit in the last century. Warmer winters—ones filled with less snow and more rain—make for hungrier reindeer. The rain freezes and covers up their primary sources of food.

To make matters worse, climate change inflicts a sort of one-two punch on these animals: Warmer summers (and the abundant food that comes along with the balmy weather) mean that the number of reindeer are increasing, even as they wind up smaller on average. When winter comes, there are even more hungry mouths to feed than in previous years—with less food to go around. Reuters reports that this reindeer boom is a boon for Arctic foxes, who feast upon weak and sick members of the herd as they die. But when only the strongest reindeer are left, experts say, the now-more-numerous foxes find themselves without enough food.

This isn’t the first time scientists have highlighted the consequences of these unusual weather patterns. A recent study found that the starvation of 61,000 reindeer in Siberia could be tied to the icy consequences of global warming.

Some regions have discussed implementing mobile slaughterhouses that they can dispatch during these events. By quickly slaughtering reindeer that are beginning to starve after unseasonable rain, herders can ease animal suffering, reduce the amount of meat wasted by the tragedy, and avoid losing even more animals due to competition for scarce resources. With no end to global warming in sight, culling the herd may be the best we can do.