President Obama’s nationwide push for innovation in manufacturing reaches across agencies from the National Science Foundation to the Department of... 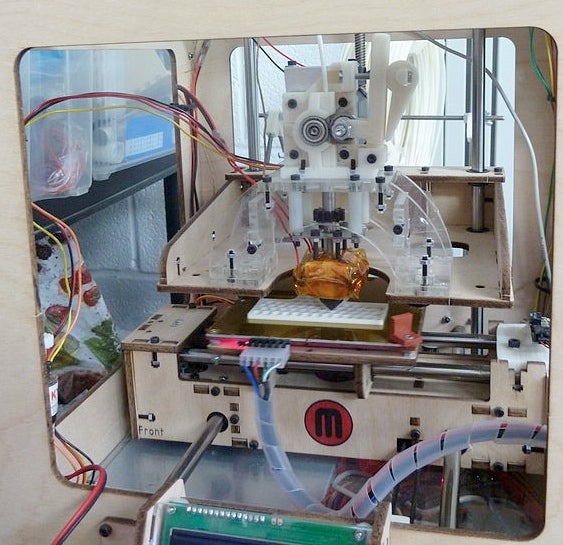 President Obama’s nationwide push for innovation in manufacturing reaches across agencies from the National Science Foundation to the Department of Energy, and now it’s reaching all the way into the Pentagon where $60 million is being set aside for investment in 3-D printing technologies. The DoD will fund a network of agencies, academic institutions, and companies to build on 3-D printing tech with the overarching goal of building aerospace and weapons technology faster.

Of that $60 million, half will be allotted to researchers between now and fiscal 2014, with more than half of that–some $18.8 million–being handed over in fiscal 2012 alone. That means, adjusting for the usual bureaucratic waste, there should be somewhere between many and many-many millions spent to advance 3-D printing tech this year alone under a framework that will hopefully push for the meeting of meaningful benchmarks.

Three-dimensional printing (or additive manufacturing, or rapid prototyping) is of course a fairly nascent technology that nonetheless holds great promise. While private companies like Makerbot, Stratasys, and even Hewlett-Packard have pushed the boundaries of the technology by developing less-expensive and more accessible printing systems to more people, the industry on the whole hasn’t really benefitted from a huge injection of investment or a meaningful mandate from a body like the DoD–one that, when it puts its mind and money to something, can actually enable technological leaps forward.

The 3-D printing industry was already doing fine–some analysts expect it to grow to $3.1 billion by 2016–but a little help from Uncle Sam can’t hurt. If you or your academic institution/non-profit organization thinks it can add some expertise to the pilot program, the Pentagon is taking proposals until June 14.