This Drone On A Leash Could Guard Army Bases

Tether Eye is a gently floating sentry, complete with its own little robot home 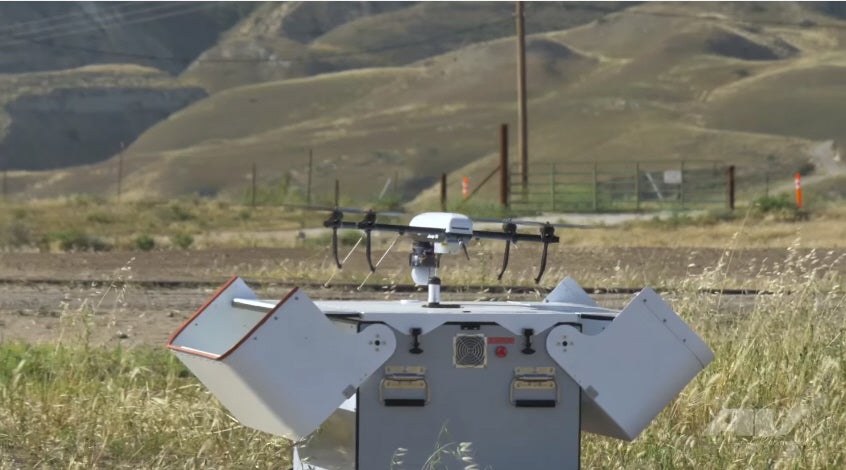 Small drones are inefficient birds. They fly for short bursts of time, and get thrown about in the wind. That’s not great for anyone hoping to use a drone as a hovering sentry, but there’s a better way: tethers. Put a leash on a drone, and suddenly it’s a flexible flying watchdog, able to peek up high and then recharge safely in its mechanical nest.

This is Aerovironment’s Tether Eye, a quadcopter promising 24 hour surveillance from a height of 150 feet, all in one tidy box.

This week, AeroVironment announced that the United States Combating Terrorism Technical Support Office was evaluating the Tether Eye. The drone has regular and infrared cameras. That video can be shared live over an encrypted feed. The tether provides power to the drone, so it can operate almost indefinitely, and the box provides shelter, for when the weather makes flying dangerous. The idea is that multiple Tether Eyes would monitor for suspicious behavior, likely in areas where it doesn’t make sense to put a more permanent camera.

We’ve seen other drone boxes before, as well as other tethered drones. Tether Eye seems like a pretty straightforward use of the technology, and I wouldn’t be surprised if these are watching the edges of American military bases, perhaps those still in Afghanistan or Iraq, in the next ten years.