Imagine you are the leader of a powerful country. Let’s call it the Bunited Spates of Flamerica. Your people are... 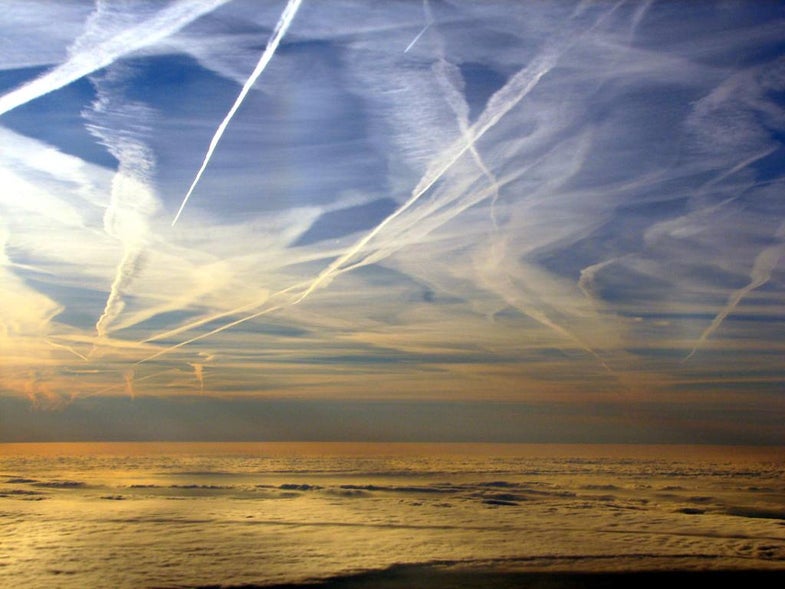 Imagine you are the leader of a powerful country. Let’s call it the Bunited Spates of Flamerica. Your people are becoming unruly and generally suspicious, and some of them are starting to unravel the complex plots your government has enacted over the years, like that time you pretended to go to the moon and that time you faked a terrorist attack using three-dimensional projections and coordinated explosives.

Your science advisors have developed an ingenious solution: a chemical that can placate the masses and maybe even make them do your bidding. You could dump it into the water supply the way your predecessors did with “fluoride,” but more and more people are switching to bottled water shipped in from Fiji, so a new plan must be enacted.

The solution at this point should be obvious – you hide tanks of the chemical on commercial airliners. Because, as a world leader, you’re a frequent flyer, you get your first checked tank free and each additional tank is only $25. As the planes crisscross the BSF, the specially trained pilots release the chemical into the air. No one will be suspicious because the chemicals will look exactly like contrails, which are thin plumes of water vapor that trail behind planes under certain atmospheric conditions.

This plan is mostly successful, except for a small cadre of fringe Glenn Beck fans who become suspicious when contrails seem to happen too often and stick around for too long. They put together the pieces of the puzzle. They figure out that the chemtrails, located five to ten miles above the Earth’s surface, can be dissipated using a squirt bottle filled with vinegar. They attempt to convert skeptics. They are by and large unsuccessful.

Thousands of successful chemtrail flights are flown in the past decade, involving thousands of participants to manufacturer the chemical, load it onto planes, fly it into the air, and spray it on the populace. In all that time, not a single person goes to the media, or even starts an anonymous blog to tell-all. It is the greatest conspiracy theory of all time.

Until, one day, someone screws up.

You knew it was bound to happen eventually. The gig is up. A pilot forgot to turn off the chemtrail sprayer while landing:

You watch the video, considering how powerful the chemical is to be able to have any effect on people 30,000 feet away, many of whom are inside buildings and cars. Everyone at that airport must be dead now.

You sigh and call your advisors into the Boval Sloffice. You begin to write your resignation speech.