Humanoid robots can be hard to train. Here's how Xiaomi taught CyberOne to play a drum set. 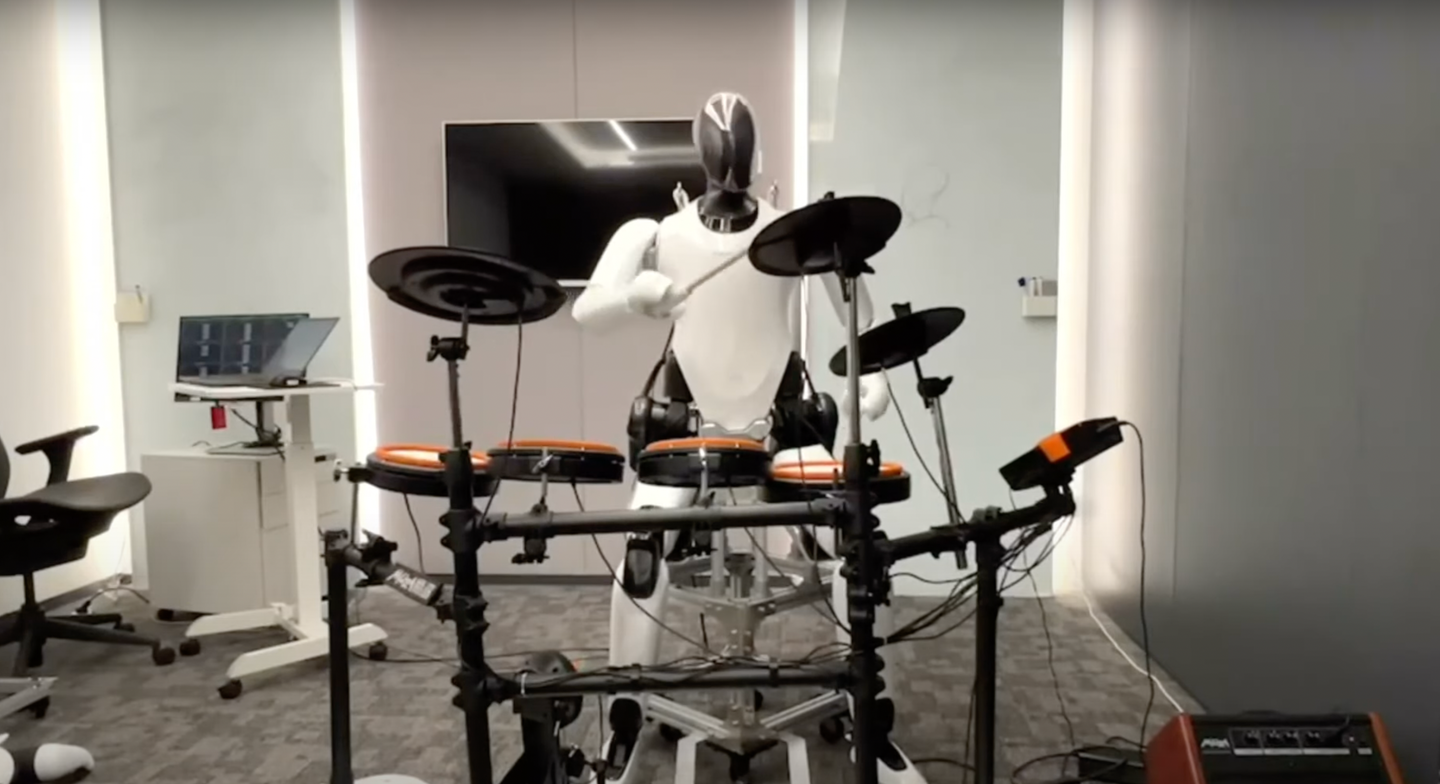 Humanoid robots have long been a passion project for tech giants and experimental engineers. And these days, it seems like everyone wants one. But for machines, social skills are hard to learn, and more often than not, these robots have a hard time fitting in with the human world.

Xiaomi, a consumer electronics company based in China, teased that they were making such a machine in August. According to the company’s press release, the 5-foot, 8-inch bot, called CyberOne, is probably not intended to be all that useful, IEEE Spectrum reported, but rather it’s “a way of exploring possibilities with technology that may have useful applications elsewhere.”

As for the robot’s specs, the company said that CyberOne comes with a “depth vision module” as well as an AI interaction algorithm. It can additionally support up to 21 degrees of freedom in motion and has a real-time response speed that “allows it to fully simulate human movements.”

Xiaomi has just unveiled a new clip of CyberOne, and it’s slowly but aptly playing a multi-instrument drum set. It’s able to precisely coordinate a series of complex movements including hitting the drumsticks together, tapping the cymbals, foot pedal, and a set of four drums to make a range of sounds. And it’s certainly more elegant and evolved than other, scrappier (and sometimes disembodied) robot bands and orchestras of the past.

[Related: How Spotify trained an AI to transcribe music]

So how does CyberOne know what to do? Xiaomi made a diagram showing how sound files become movements for CyberOne. First, drum position and strike speed commands are fine-tuned online. Then, these beats are fed to CyberOne via a MIDI file, which tells the computer what instrument was played, what notes were played on the instrument, how loud and how long they were played for, and with which effects, if any. The robot then uses an offline motion library to generate the moves for its performance, being careful to hit the correct instrument and in time.

Executing instructions concisely and in a controlled, coordinated manner is a difficult exercise even for humans. Humanoid robots are different from regular bots because they’re meant to emulate natural movements, but can often be impractical in a real world setting. They need specialized training to do the simplest functions (like not falling over). A humanoid robot capable of honing in on a skill like playing drums could be useful for a variety of complex tasks that might involve manipulating or interacting with objects in its environment.

“We are working on the second generation of CyberOne, and hope to further improve its locomotion and manipulation ability,” Zeyu Ren, a senior hardware engineer at the Xiaomi Robotics Lab, told IEEE Spectrum. “On the hardware level, we plan to add more degrees of freedom, integrate self-developed dexterous hands, and add more sensors. On the software level, more robust control algorithms for locomotion and vision will be developed.”