These three robots can teach kids how to code

Start them young on the path to elite skills. 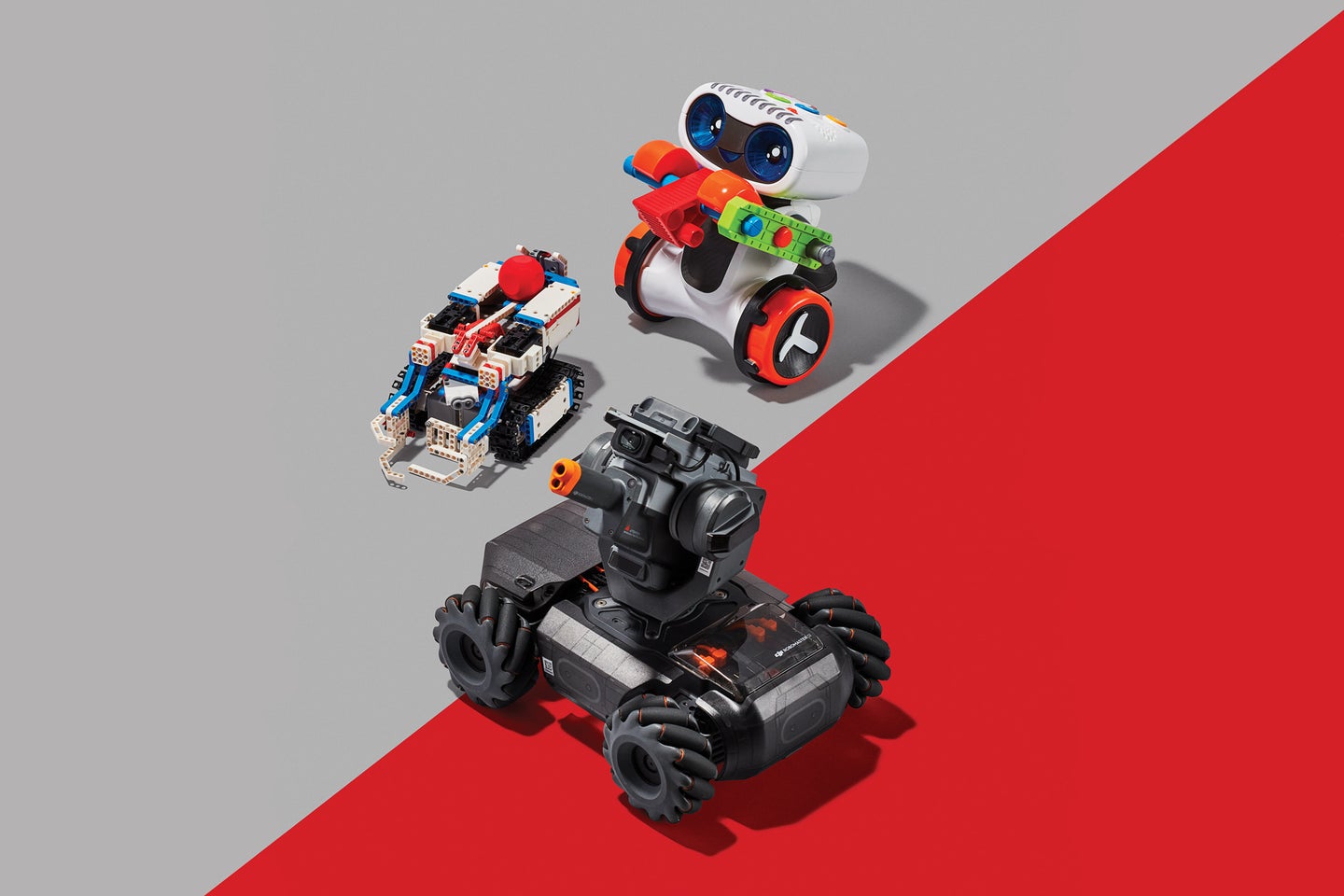 You can turn learning software into a game. Jarren Vink
SHARE

Toys that teach coding can spark a lifelong interest in programming. These bots offer increasing levels of customizability and complexity to match a young one’s skills.

Preschoolers press the buttons on the head of the Fisher Price Code ‘n Learn Kinderbot to tell the machine to carry out basic movements, like rolling forward. Then they can fasten on extra pieces and punch in sequences to make it pull off tricks like transforming into a bulldozer.

The 522 snap-together parts in Ubtech’s Jimu Competitive Series ChampBot Kit combine to create three different configurations, including this catapult. Once a child has one built, they can use an iOS or Android app and program actions via Google’s Blockly coding software.

The formidable DJI RoboMaster S1 will accept commands from a remote, or via a simple coding system called Scratch. But those who want to flex their skills can create custom behaviors using the Python programming language to make the droid carry out tactical maneuvers—or dance.