Researchers made a robot that knows how to laugh with you

Here's why scientists are interested in getting an AI to LOL the right way. 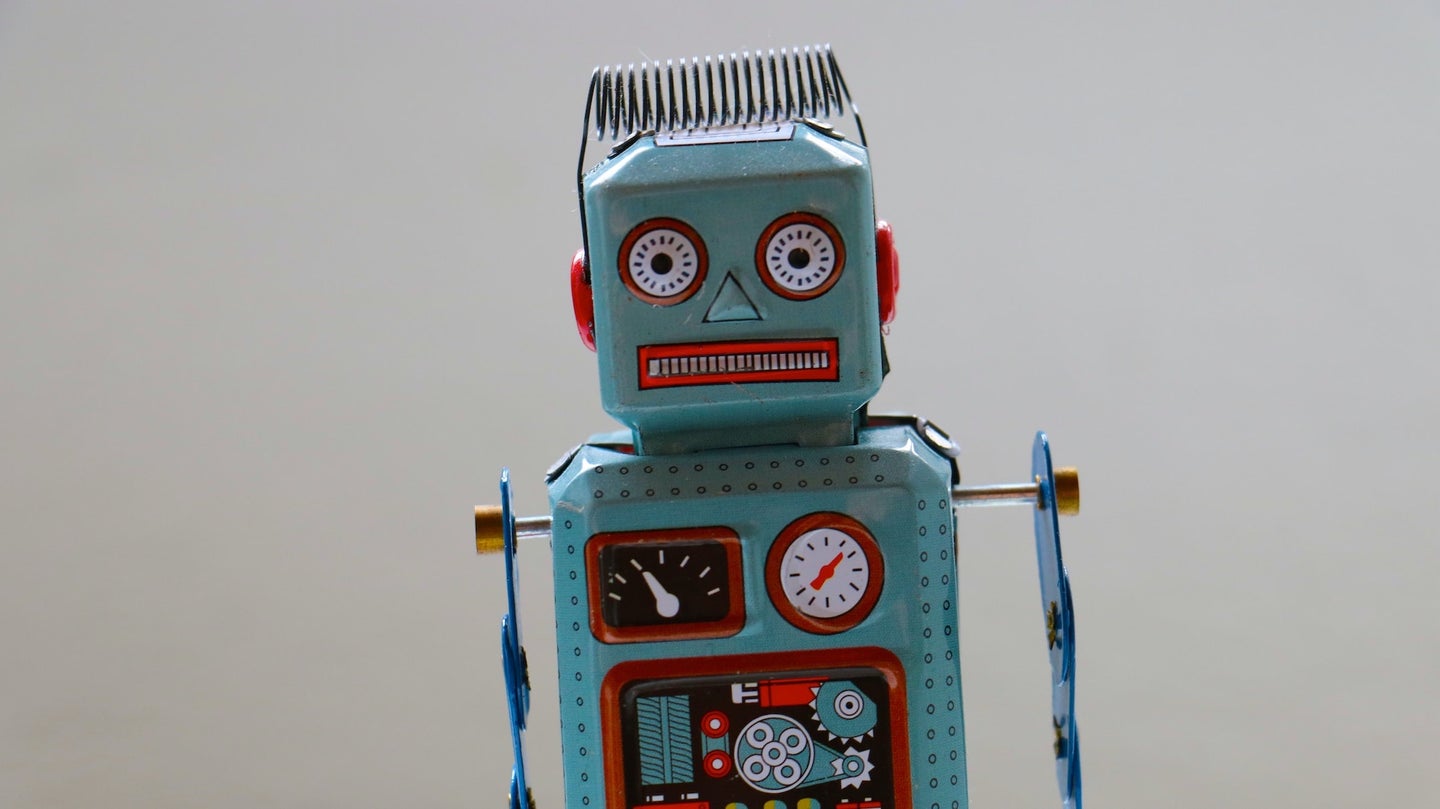 A robot that laughs might be seen as ominous, but would it appear less eerie if it laughed at the right time during a conversation? That’s a theory that scientists have recently been testing. A group of researchers from Kyoto University in Japan have mocked up a laughing robot called Erica powered by an AI system focused on conversations.

Since laughter is a normal part of human dialogue, they reasoned, it might be useful to see how people respond to chatty robots with whom they can also share a chuckle. Their findings were published last week in the journal Frontiers in Robotics and AI.

Artificial intelligence is good at logic, but laughing? Not so much. To start, researchers recognized that there are different reasons behind why people laugh—and that makes matters more complicated. To make it easier for the AI system, they generalized laughter into two categories: shared social laughter, when the AI laughs in response to a human laughing, and solo mirthful laughs, when the robot laughs in response to a subject or laughs while speaking.

The researchers trained the AI model on how and when to laugh by allowing it to participate in a form of speed dating with male university students. Erica was remotely operated by a female actress who spoke into a microphone and controlled physical movements like head nodding and other gestures.

Chats lasted from 10 to 15 minutes, and data was taken from 82 conversations. Researchers recorded the conversations with microphones and cameras, and annotated them based on when social laughs and solo laughs occurred from humans, and how these laughs differed. This data was then used to train the AI system to teach it when to laugh, and what type of laugh to use. They then applied their shared-laugh algorithm to existing conversation software and asked 130 volunteers to listen in, and rate how well the robot simulated empathy, understanding, and human-likeness.

Overall, the researchers noted that in situations where shared laughs were appropriate, Erica and its algorithm did a good job at convincing people that it was paying attention to what was being said. But it did have some shortcomings and limits. Erica was good at responding to laughs, but didn’t really have a grasp on when to laugh by itself. The researchers wrote in their discussion that it may be because learning to respond to a prompt is more simple than actually understanding why the content in the conversation may be funny.

[Related: Humans are so social that we try to fit in with robots]

Whether or not Erica truly gets human humor is just one part of a big project roboticists and engineers are undertaking: Giving robots social skills. Since 2017, scientists have been working on how to make a robot laugh convincingly (big tech companies like Microsoft, IBM, and Meta are also interested in this). A month ago, Italian engineers debuted a bartending robot that was capable of making small talk (unfortunately, it is shelved for the foreseeable future due to privacy concerns). The idea is that giving robots facial expressions, body language, speech and the ability to understand and react to people’s demands will make them more engaging, and better at day-to-day interactions.

But ultimately, there can be a slippery slope from a social exchange that feels natural to an uncanny valley-scenario. There are also ethical concerns with robots that are too believable. Nevertheless, there are practical reasons to keep working in this field: Making talking robots less creepy and more approachable by giving them the right human-like features, experts believe, will be especially useful for one day integrating them into healthcare, hospitality, or other service-oriented industries.