The first ‘robots’ were made of flesh and bone

A century ago, a Czech playwright coined the word to refer to oppression of the working class. 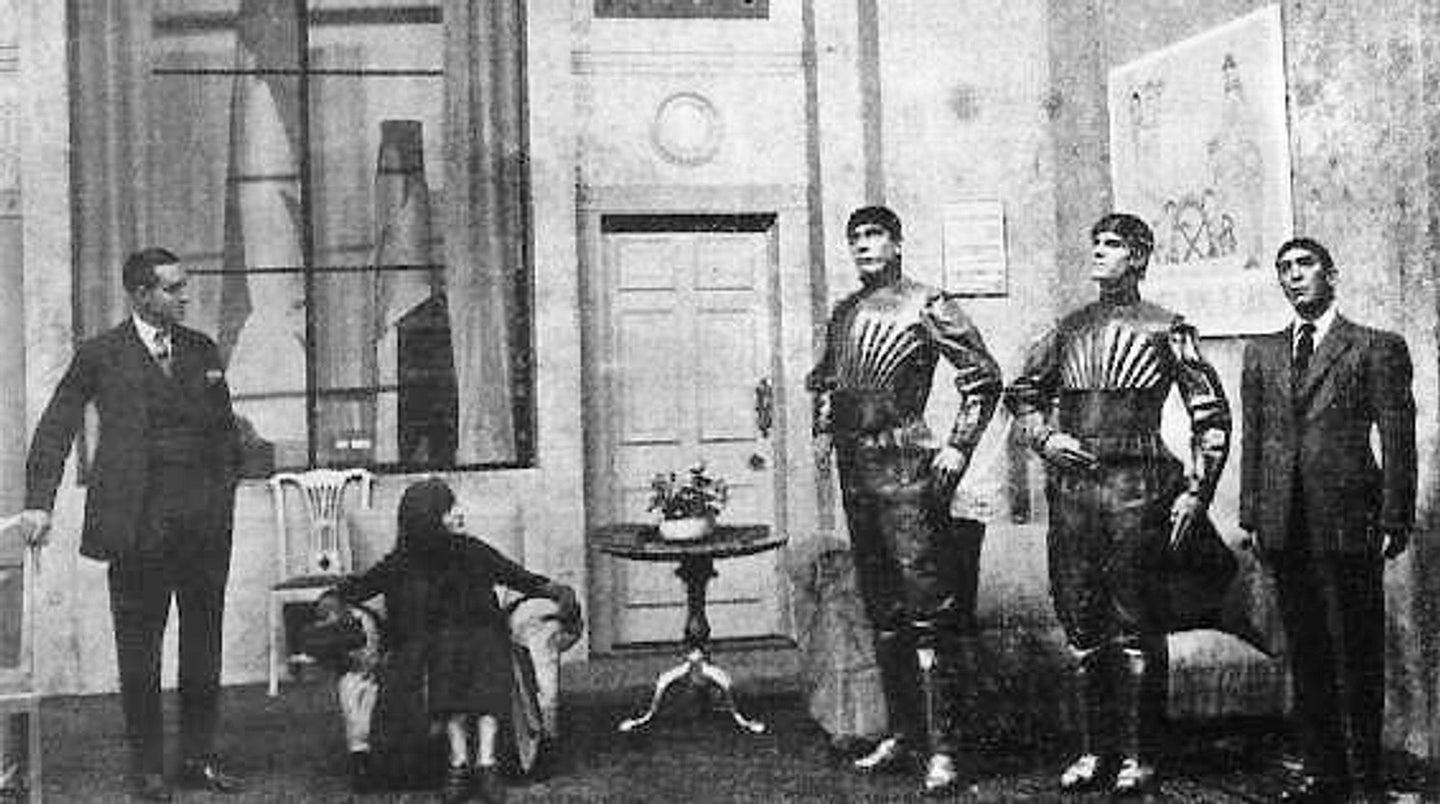 John Jordan is a technology analyst and clinical professor of Supply Chain and Information Systems in Smeal College of Business at Penn State University. He is the author of Robots and 3D Printing, both in the MIT Press Essential Knowledge series. This story originally featured on the MIT Press Reader.

By the time his play “R.U.R.” (which stands for “Rossum’s Universal Robots”) premiered in Prague in 1921, Karel Čapek was a well-known Czech intellectual. Like many of his peers, he was appalled by the carnage wrought by the mechanical and chemical weapons that marked World War I as a departure from previous combat. He was also deeply skeptical of the utopian notions of science and technology. “The product of the human brain has escaped the control of human hands,” Čapek told the London Saturday Review following the play’s premiere. “This is the comedy of science.”

In that same interview, Čapek reflected on the origin of one of the play’s characters:

Thus, “R.U.R.,” which gave birth to the robot, was a critique of mechanization and the ways it can dehumanize people. The word itself derives from the Czech word “robota,” or forced labor, as done by serfs. Its Slavic linguistic root, “rab,” means “slave.” The original word for robots more accurately defines androids, then, in that they were neither metallic nor mechanical.

The contrast between robots as mechanical slaves and potentially rebellious destroyers of their human makers echoes Mary Shelley’s Frankenstein and helps set the tone for later Western characterizations of robots as slaves straining against their lot, ready to burst out of control. The duality echoes throughout the twentieth century: Terminator, HAL 9000, Blade Runner’s replicants.

The character Helena in “R.U.R.” is sympathetic, wanting the robots to have freedom. Radius is the robot that understands his station and chafes at the idiocy of his makers, having acted out his frustrations by smashing statues.

Helena: Poor Radius. … Couldn’t you control yourself? Now they’ll send you to the stamping mill. Won’t you speak? Why did it happen to you? You see, Radius, you are better than the rest. Dr. Gall took such trouble to make you different. Won’t you speak?

Radius: Send me to the stamping mill.

Helena: I am sorry they are going to kill you. Why weren’t you more careful?

Radius: I won’t work for you. Put me into the stamping mill.

Helena: Why do you hate us?

Helena: That’s foolish Radius. Tell me, has any one upset you? I should so much like you to understand me.

Radius: You do nothing but talk.

Helena: Dr. Gall gave you a larger brain than the rest, larger than ours, the largest in the world. You are not like the other Robots, Radius. You understand me perfectly.

Radius: I don’t want any master. I know everything for myself.

Helena: That’s why I had you put into the library, so that you could read everything, understand everything, and then — Oh, Radius, I wanted to show the whole world that the Robots were our equals. That’s what I wanted of you.

Radius: I don’t want any master. I want to be master over others.

Helena’s compassion saves Radius from the stamping mill, and he later leads the robot revolution that displaces the humans from power. Čapek is none too subtle in portraying the triumph of artificial humans over their creators:

Radius: The power of man has fallen. By gaining possession of the factory we have become masters of everything. The period of mankind has passed away. A new world has arisen. … Mankind is no more. Mankind gave us too little life. We wanted more life.

Humans were doomed in the play even before Radius led the revolt. When mechanization overtakes basic human traits, people lose the ability to reproduce. As robots increase in capability, vitality, and self-awareness, humans become more like their machines—humans and robots, in Čapek’s critique, are essentially one and the same. The measure of worth, industrial productivity, is won by the robots that can do the work of “two and a half men.” Such a contest implicitly critiques the efficiency movement that emerged just before World War I, which ignored many essential human traits.

The debt of “R.U.R.” to Shelley’s “Frankenstein” is substantial, even though the works are separated by almost exactly a century. In both cases, humans show hubris by trying to create artificial life. (Recall that even today, Rodney Brooks, an esteemed roboticist and former director of the MIT Artificial Intelligence Lab, refers to robots as “our creatures.”) Whether humans get the recipe wrong, as in the earlier novel, or make beings smarter than the humans who spawned them, as in the case of Čapek’s play and its offspring, humans pay the price for aspiring to play God. In both works, the flawed relationship between creator and creature drives the plot, and in both cases, the conflict ends in bloodshed.

Few people today know “R.U.R.” But in its time, the play was a sensation, with translations into more than 30 languages immediately after publication. Nearly 100 years on, apart from our obvious reliance on the play’s terminology and worldview, we still hear its echoes. The author and play title turn up as Easter eggs in such popular venues as Batman cartoons, Star Trek, Dr. Who, and Futurama: The people who portray our culture’s robots certainly know of their debt to Čapek, even if most of us do not.