Spot can now recharge itself and open doors without human help. 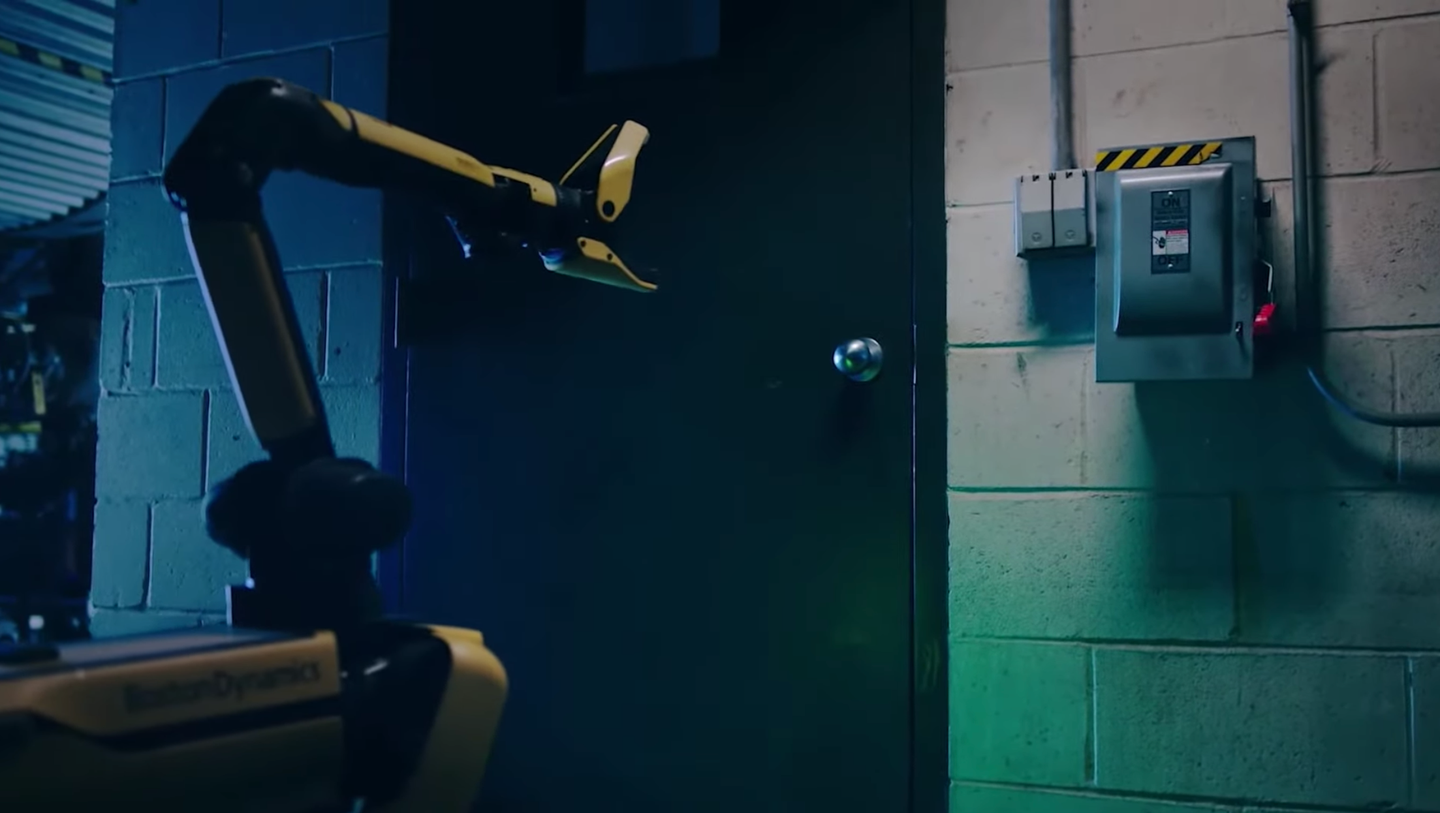 Last time we heard from Boston Dynamics, its robots were having a holiday dance party over on YouTube. Now, the company is getting back to business in 2021 by updating its dog-like Spot robot with some new tricks.

Spot went on sale last year and the company claims it has sold roughly 400 of the $75,000 bots to companies in fields like nuclear power, mining, and high-end construction. Now, the company has added some useful upgrades to its robotic quadruped, including some that have been promised for years.

The big announcement in the lineup comes in the form of Spot’s new enterprise configuration. It’s meant for long-range remote use or for environments where humans shouldn’t go. Each robot comes with a powered dock that can fully recharge a Spot bot in roughly two hours. Once the bot is near the dock, it will automatically align itself using its onboard cameras and lower down onto the charging mechanism like the world’s fanciest Roomba.

Operators can take manual control over the robot or it can enact pre-programmed routines in which it doesn’t require any specific instructions from a human. Boston Dynamics says it has bolstered Spot’s Wi-Fi performance, but there’s also a high-speed ethernet port in the dock itself, so the robot can quickly dump the data it collected while out in the field.

In addition to Spot’s new hardware, Boston Dynamics has also announced a new software platform, called Scout, to help control it. The program gives an operator full access to a remote Spot, offering basically the same controls the human would have if they were using a tablet in the same room.

The operator gets a real-time view of what Spot sees and hears through its onboard sensors, which include an infrared camera. As Spot walks around, the operator can simply drag a rectangle around a specific area and the camera will use its 30x optical zoom lens to get a closer look at the situation in that location.

Scout offers a mixture of manual controls as well as pre-programmed routines. For instance, an operator can click on a specific location and Spot will travel to it, using its onboard sensors to ensure that it doesn’t tip over or go astray along the way. It has obstacle avoidance built-in, but if it should tip over for some reason, it can right itself without human help.

The company has also planned for other tricky situations. For instance, if Spot walks out of Wi-Fi range, it will stop and backtrack its steps until it starts receiving commands again so it won’t get lost and walk off a platform in an off-shore rig, for example.

Back in 2018, we saw an early version of Spot opening a door with its articulating arm/head. Now, that hardware is officially available for commercial users. The arm is roughly three feet long and weighs roughly 18 pounds. It has a full range of motion in every direction and it can lift and manipulate objects up to 11 pounds.

The arm has optical and location sensors built right into the gripper, so it’s capable of handling some automated tasks on its own, like opening doors and turning valves without tedious manual control.

Boston Dynamics says only the company can add or remove the arm, but there is room around the robotic limb to add even more sensors if users want to customize their load out.

The arm also gets its own API, so customers can make custom software and actions for specific actions the base programming doesn’t cover.

The new upgrades are already rolling out, so if you’re in charge of a giant industrial company, it’s time to get your orders in. Or, if you just made millions on GameStop stock and just want a really fancy way to fetch seltzers out of the fridge, it’s best to get in line soon.